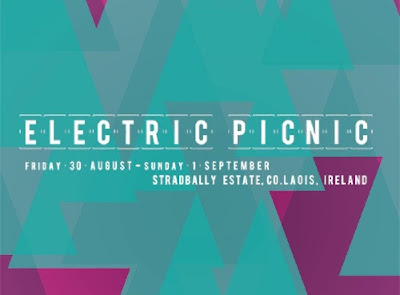 The desperate Facebook statuses have begun! EP is set for its first sellout in years as the festival reaches the milestone of it’s tenth birthday and all around Ireland ticketless panic is rife. All signs point towards this being another stellar year for EP with a mouthwatering lineup of performers in store for Irish music fans. With such an extensive list to go through we thought it might be a good idea to make a few suggestions of who’s worth traipsing across the fields of Stradbally for. This year represents another fine dance offering from the Picnic boys athough sadly it is minus Richie Hawtin who went down a storm last year (and yes we did just use a record label related pun). So go ahead and tuck into a few tasty Soundcloud clips ahead of what will be one of the most memorable (or unmemorable) music weekends this year.

Perhaps one of the most exciting last minute additions to this years lineup is the Housecat. In the midst of a massive renaissance the original house don has hosted one of Ibiza’s most successful underground nights this year in Clandestin at Space. With a host of new releases including the delightful ‘Sinner Winner’ and ‘Frankie Meets Pauline’ as well as a new ditty with Romina Cohn called ‘I Wanna Be A Lesbian’ his unmistakeable sound is once more the toast of the white isle. A man with notorious prowess behind the decks the Chicago native will be the perfect man to light up the Bacardi Stage late on Sunday night.

Mano Le Tough is a name Irish electronic fans can be proud of. The Greystones native has been slamming it from all corners over the past two years and its not surprise his reputation has risen in line with that. His LP Changing Days has garnered widespread praise and with tracks like ‘Dreaming Youth’ and ‘Cannabalize’.

The standout for us in what is a delicious dance lineup. The man has done it all including playing at the Olympics Closing Ceremony and most recently in the House of Commons (only Fatboy could find himself doing a set there). The man is behind so many anthems of the generation that he enjoys an almost god like status with anyone who belongs to the age bracket of 18-30. His energetic brand of electro and tech has seen him consistently selected as the headliner of choice for major festivals around the world and as he passes the half century he is showing no signs of slowing down. At this point it would probably be appropriate to mention that he has just created one of the anthems of the summer in Eat.Sleep.Rave.Repeat. Don’t miss him!

We questioned his absence from the bill last year. Thankfully, there’s no issue this time around. Dec Lennon has proved himself one of Ireland’s finest and here at WWD we’ve a huge appreciation for his eclectic tastes. His 45 min Boilerroom Set (found below) remains among the most impressive we’ve seen. Everything from Terence Parker to Destiny’s Child and Michael Jackson. If you’re in search of a good time this weekend, Krystal Klear has you covered!
Don’t forget, also in attendance are WWD favourites Ben Klock, Aeroplane, Young Wonder, Disclosure, Hudson Mohawke, Cyril Hahn and more!
Make sure to tweet us @Whenwedip to let us know what acts your most looking forward to!