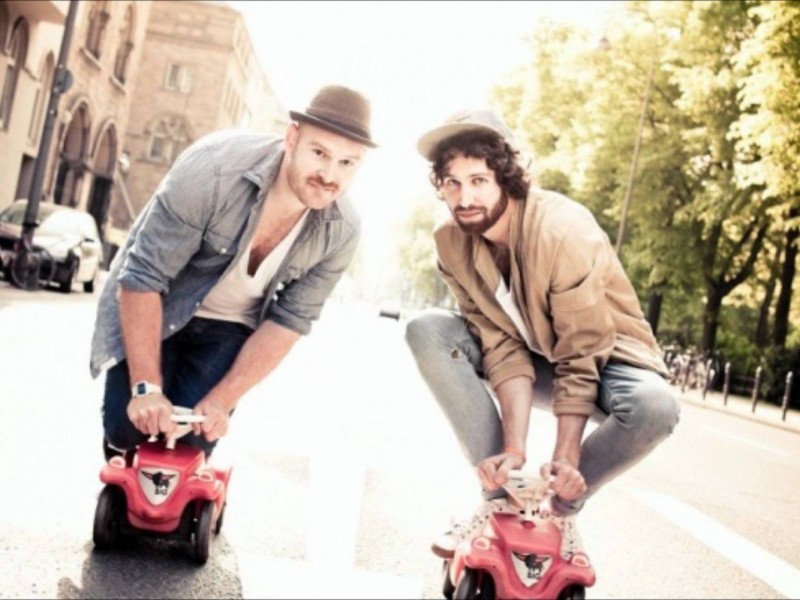 What a fantastic pairing this is! Dublin is set for one hell of a party as one of the year’s most fancied clubs District 8 welcomes both Andhim and Kidnap Kid. Prominent promoters Bedlam who have an eye for mouthwatering pairings have picked out two acts on the rise and in doing so can probably expect a large crowd in attendance on Friday night.

Cologne natives Andhim have been in absolutely stomping form over the past 3 years. Their self described ‘Super House’ is packed full of melody and passion and it’s no suprise they’ve racked up a number of hits including Boy Boy Boy, Hausch and more recently Captain alongside H.O.S.H. Their wacky stylings and laid back persona have marked them out in today’s house scene and the uptempo nature of their setlists have endeered them to many. WWD oursevles witnessed their prowess in the dj booth at Cafe Mambo last year where ever track was a treat so we look forward to their appearance on Friday with gusto.

Alongside the talented pair will be one of the years break out artists Kidnap Kid. The Black Butter favourite has enjoyed a string of succesful releases like  Stronger and Like You Used as well as pumping remixes on tracks for Jessie Ware and Submotion Orchestra. Carefully blending elements of garage, house and tech to create a sonic wave of emotion filled music, Kidnap Kid, a Sheffield native is set for another massive 12 months.

All in all, a tasty offering from the Bedlam boys. WWD recommended.