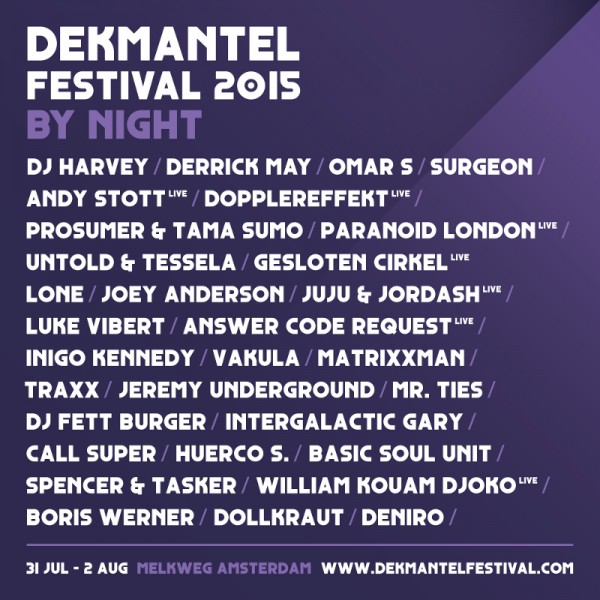 Dekmantel organisers have just announced their night time events schedule for this years festival. What has come to be known as Dekmantel by night, and with music finishing up in Amsterdamse Bos at midnight party goers are going to find their way to Melkweg in the heart of the city centre. This large building is a former milking factory and provides plenty of space to party between its 4 separate areas and has been operational as a party location since its discovery in the 1970’s. With the unfortunate closing of the famous Trouw earlier on this year, the three night event has had to relocate.

35 acts have been announced to play at these nights. DJ’s and live performances alike have been listed, with big names such as Omar S, Dj Harvey, Surgeon and Jeremy Underground all on the line up and can only be found to be playing on these nights. Tickets for Dekmantel by night can be purchased on the official website HERE.