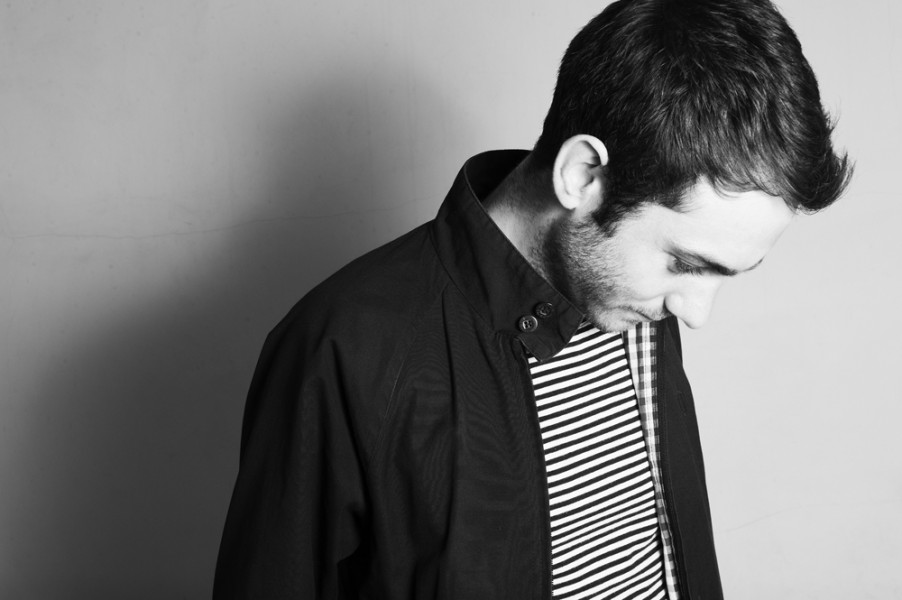 Londoner Sam Russo steps in the spotlight this month with a standout new EP coming on Leftroom Records. The four track release showcases an inimitable Techno blend with a fresh and intricate approach from the talented producer. Today, we’re delighted to present the exclusive full premiere of title track ‘Your Call’, a deep, tense and engrossing affair riddled with lush textures and dark atmospheric touches. What’s more! Sam joined us this week for a little Q&A action, giving us an insight into the influences behind the EP, his connection to Leftroom and upcoming projects!

WWD : Thanks for joining us Sam! Tell us a little bit of the new EP and the influences behind it!

Sam : The EP was made a few years ago at my studio in London, I guess the influences came from the records I was buying at the time and a lot to do with the people I was surrounded by.

WWD : Could you describe the release for us in five words?

Sam : Fresh out of the box!

WWD : Have you been sitting on the tracks for a while or are the recent productions?

Sam :The tracks were made a few years back, I have been playing them out a lot and felt now was the time to release them! Matt Tolfrey used the title track in his forthcoming fabric compilation, and we both agreed it should be released around the time of the fabric CD.

WWD : We know your a big fan of Fabric, did you have the chance to road test them there?

Sam : Ha that is true! Yes I did, I get the opportunity to road-test all my latest music there when I play, I feel very lucky to be given such an opportunity. As I’m sure you know the system in fabric is second to none, you can really pick out the tiny details of track and what needs adjusting in the mix!

Sam : I used to work at the club Junk in Southampton, I had been a big fan of Matt for a long time and had seen him play at loads of different venues in London and the UK, We got Matt to come and play at Junk and we kinda just got on… I was sending him demos for the label and we started hanging out and making our own music as well as me engineering for him too.

WWD : Did you put the EP together with Leftroom in mind?

Sam : The EP was never made with anyone in mind, as with all my music. I tend to just make whatever I feel sounds cool, self-indulgent I guess haha. If I think too much about fitting in with the sound of a label then I never finish what I’ve started. I find letting the music come naturally and instinctively then it’s more of a representation of you.

WWD : Can we expect more new music on the way over the next few months?

Sam : Yeah, I’ve got an EP coming out on Jordan Peak’s Rogue Society imprint pretty soon. It comes with two amazing remixes from Mike Dehnert and Amir Alexander as Guerilla Soul. There will be loads more later on this year ☺

WWD : Show wise where can we catch you in the coming weeks?

Sam Russo : I’m playing at a festival down in Cornwall called The Masked Ball. The line up is awesome, Andrew Weatherall, Ewan Pearson, Craig Richards, Nightmares On Wax and loads more! I played for their Halloween festival in October and I have to say it was one of the best gigs I have ever played.