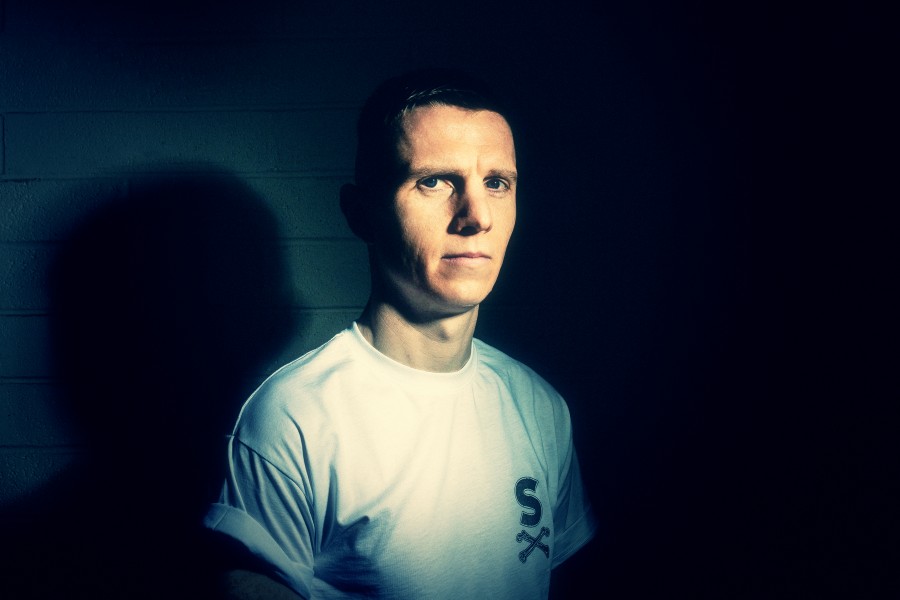 The latest episode of the Select Cuts series is presented by Northern Ireland’s Confute. After nearly a decade of great success as an integral part of The Japanese Popstars, Gary Curran has embarked on what is already an impressive solo adventure, despite the project still being very much in its infancy.

Standout early releases on the likes of GEM and Compatible have seen big support from heavyweights such as Danny Tenaglia and Maceo Plex and his ascent looks only set to continue with a monstrous new release on Germany’s GND out today.

Furthermore, a collaboration alongside fellow Irishman R.E.C. is impending on John Digweed’s Bedrock Records and Confute will also make an appearance on Steve Lawler’s Viva Music imprint in a joint project with Will Monotone under the guise of Morrissey Blvd.

In an in-depth chat, we found out all about the concept behind Confute and where he hopes to take it!

WWD : Hi Gary, thanks for taking the time to chat!

No problem, thanks for asking me.

WWD : We’re really curious to know more about your new project Confute, how long has it been in the offing and are you happy with how it’s been developing?

Confute has been slowly developing in the background for around a year and a half and I am extremely pleased and excited with how it has been developing. The music I have released has gained support from Maceo Plex, John Digweed, James Zabiela, Danny Tenaglia, Stacey Pullen and more. Hopefully I can continue building and see where the project takes me.

WWD : Having worked as part of a duo for so long was it a big change to be creating new music as a solo artist?

It’s not really a big change as myself and Gareth would always write ideas on our own. We both did so many times for The Japanese Popstars. This is something I always wanted to try though and now I am in the position to do so. Plus I will be involved in more collaborative work with Confute.

WWD : We thoroughly enjoyed your EP on Compatible music, it’s clear you haven’t lost your knack for tension filled buildups and thumping drops, what was your inspiration here?

I suppose the inspiration is slightly different to when writing for The Japanese Popstars. I want to create something that in some way fits in to what other Dj’s and producers like and play, but with the jappops our aim was never to be pigeon holed. My aim here it to create something that fits in and yet stands out. I always enjoy a good build up and impact so it’s fair to say there will be more, but over the years I have been trimming them down lol.

WWD : It’s come in for some massive support from the likes of Sasha, Nicole Moudabar and Danny Tenaglia, is it important as a producer to make tracks that fit seamlessly into the dj sets of others?

For this project, I feel it is the right thing to do. With The Japanese Popstars it was all about festival stadium sound and it was much more diverse as we experimented with down tempo material and vocalists too. I am finding this a slight bit more challenging, as its not natural to the way I write. I find myself listening to a lot more sounds and references, spending time to get it right. It’s a new learning curve for me, always good to learn and as the support is coming in from big players it is helping with my confidence.

WWD : Your forthcoming release Everybody Reach on GND is another bonafide bomb with a much harder edge, how did the relationship start there?

Thanks :). Hopefully it does the damage it is intended to do. The relationship with GND came about when Gareth released his own material on GND under the guise “Henry Kane”. I knew I had material that may sit on their label and myself and Gareth have always been fans and have played many tracks released on GND. It was just a matter of sending the tracks through with a nice email and thankfully they liked what they heard.

WWD : Having reached some considerable milestones with the Japanese Popstars, does that give you confidence to tread a similarly successful path with your new project?

Its always good to aim BIG and see what you can achieve and where you can get to. I am still finding my feet with this and building my confidence, but yes it would be nice to see what milestones can be accomplished and to see how successful I can make Confute.

WWD : We know you’ve just signed with a new agency, is touring back on the agenda now or will you be maintaining your studio focus for the next few months?

I do aim to get back on the road and playing gigs on the regular. Confute is still in its infancy and my priority for now is to get as much music complete and released as possible. The product has to be right first and foremost. I have been firing out DJ mixes regularly too, so people can get an idea of what I will be playing when performing. There are a number of gigs pencilled in which is exciting.

WWD : Is the touring an aspect you enjoy or do you prefer being holed up finding weird and wonderful sounds to manipulate in the studio?

I like to do both equally but there is no better feeling than finishing a track, getting to play it out in front of a crowd and seeing their reaction. That is and always will be the aim for me.

WWD : Speaking of studio, what’s in the pipeline over the next few weeks and months?

My next EP comes out Monday 27th On GND and that includes “Everybody Reach” and “D’Arc”. After that I have a remix and some collaborative work coming on Compatible with Sebastian Marckiewicz (Compatible Boss Man). I have just signed two tracks to Bedrock, one is a collaboration with fellow Irish Man, Richie Monoghan aka R.E.C and I will be finishing up some material with Will Monotone under our guise “Morrissey Blvrd”. All in all just keeping very busy.

WWD : Finally talk us through the mix you’ve done for us, what’s it all about?

The mix includes tracks from labels and producers that I am currently feeling. I wanted to be be diverse, making sure there is a solid flow to keep the listener engaged, leaving them wanting to hear more. My aim was to find a good balance of deep techy vibes, some cool and heavy techno and I’ve thrown in 4 of my own just for good measure. Hopefully people like what they hear and can maybe throw some shapes when they put it on.

“Everybody Reach” and “D’Arc” are out today on GND Records!
Buy the release here!