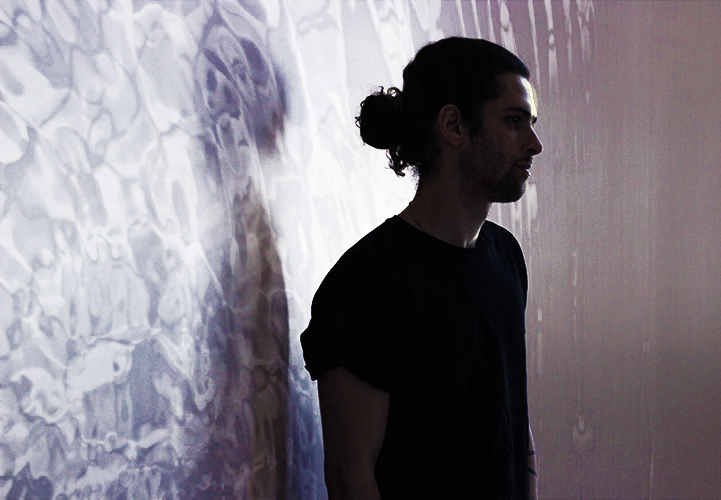 Ahead of Montréal’s inaugural AIM Festival, we’re delighted to be joined by one of the city’s leading lights in the local scene. 2015 is turning out to be quite the year for Adam Husa, who’s deep, emotive grooves are garnering the producer plaudits not only in his hometown but also across the globe. Husa has become a regular fixture at the world renowned Stereo after hours club, while his tracks on the likes of Soloman’s Forest Records and Strange Town Recordings are quickly earning him the tag of “One To Watch”.

With Husa all set to join the likes of Tiga, The Martinez Brothers, Kerri Chandler and Jamie XX at the very first edition of AIM (June 26th, 27th & 28th), we got the lowdown on all things MTL while he’s very kindly treated our readers to an exclusive slice of his recent set spun alongside Uner and Chymera at Stereo.

WWD : Hi Adam, cheers for taking the time to talk!

2015 is turning out to be quite the breakout year for you. In your eyes, what have the highlights been to date?

The biggest highlight so far would have to be my opening set for Gui Boratto & Detroit Swindle at Igloofest. The experience Igloofest offers Montreal is exceptional. It was -40 degrees and people were still dancing and lighting up the party. Of course I have to add opening Stereo on New Years eve, which was the perfect start to the year. Being able to start the first hours of 2015 on that sound system is nothing less than amazing.

WWD : We were particularly impressed with your recent feature on Strange Town, what can you tell us about the imprint and how you got involved?

I really enjoyed doing the remix for Strange Town because it is a label I support a lot of work from.As soon as I heard the track, I knew there was a lot of potential for me to remix it. I`m happy I was able to add my touch to the EP.

WWD : Production wise, what can we expect from you over the coming months?

I am finishing up a few originals that I am excited to share with the public. If you enjoy deep melodic tracks with groove, you should stay on the lookout! I also have a few remixes that will be out soon.

WWD: You’ve a big summer season ahead, that includes an appearance at Montréal’s newly founded AIM Festival, are you looking forward to that?

I am so happy to be a part of the first edition of such a unique festival. We have all been waiting for a festival to be held in Montreal. I think AIM is the beginning of something great in our city, with a very promising future.

WWD : AIM has very much set out to distinguish itself from other festivals out there, as an artist what aspects of their offering excite you?

I think the whole idea with camping on the festival grounds makes AIM all that much more intriguing. If you`re tired and need to rest you can head back to the camp site to take a nap and then go back to the event. What I also believe really distinguishes AIM is that from Saturday to Sunday night there is nonstop music.

WWD : Institutions in the city such as Stereo and Piknic, and now AIM, are very supportive of the local artists it would seem, do you think that plays an important role in helping local guys push on to the next level?

Absolutely! Being given the opportunity to play alongside your favourite artist can really motivate a local in their career as a dj/producer.

WWD : Outside of the music world, where are your three favourite spots to hang out in Montréal?

I enjoy being home where I get to spend time with my family. I also enjoy unwinding with friends by spending the day in parks such as Mount Royal or Parc Jean Drapeau.

WWD: Can you give us one track you feel will make a big impact this Summer?

One track that I think will have a big impact this summer is a new release on Kompact called “Tell My Why” by Terranova featuring Stereo Mcs, which I recently discovered. It`s deep and has a lot of things I look for in a good track.

WWD : Before we let you go! You’ve put a little mix together for us, can you tell us a bit about what one will find in there?

This mix was my opening set for Chymera(live) & Uner recorded on May 9th at Stereo Montreal which I really enjoyed playing. You will find some progressive house, deep house and techno. Thank you for having me for the interview and I will see everyone at AIM !