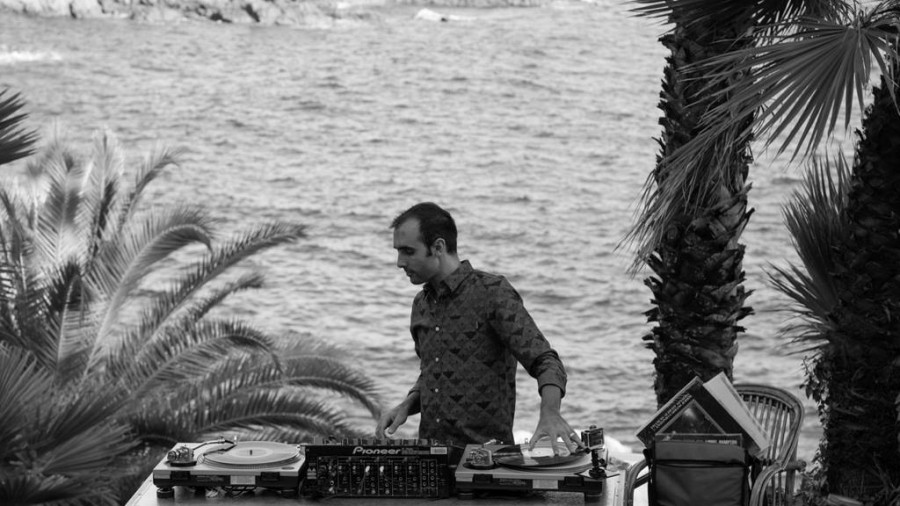 Back home after an exhilarating North American tour, we had the opportunity to catch up with Spaniard Pablo Bolivar. One half of Pulshar and the maestro behind Seven Villas & Avantroots, he has been garnering a legion of eager supporters over the past few years, fans thirsting for his deep, melodic and intricate grooves. The producer injects an evident soul into his work and his commitment has justly earned him the respect of his peers.

We got the low-down on his recent adventures including his performance for the renowned Robot Heart crew, who welcomed Pablo to their stage at the Further Future Festival just gone. An intriguing experience in the Las Vegas desert! What’s more, he shares an exclusive snippet from the night in questions. it’s all below.

WWD : Hi Pablo, great to have you here. Thanks for taking the time to chat!

Where are you right now and what have you been focusing on this week?

PB : Right now I am at my home town, situated in Cantabria, northern Spain, visiting my family and working on the Live Act I have this weekend, it will be a special performance at the “Museum of Human Evolution”. I will be doing the premier of my forthcoming album, slow and space techno, ambient textures and downtempo beats, really looking forward to show it to the world.

WWD : You recently got back for a tour in the USA, can you tell us some of your highlights?

PB : Yes, it was fantastic, the first 2 gigs were in Canada, Friday at Cabal club in Toronto was really nice, the crew was really familial, and Saturday at Habitat Living Sound in Calgary, the quality of that small club is really high, excellent sound system and young party people, very nice!

Then I flew to Los Angeles on Sunday and went direct to the pier where the party was located, superb atmosphere from the very first minute, beautiful people, everybody on fire, what a great experience! After that, I was chilling for a few days at Anton’s house, my friend from Subtract Records.
Then I took a flight to San Francisco to meet Steve Kuze, my SF brother, we spent some great days together before the performance at Public Works on Friday night, what a great night, 6h of awesome classic and modern house.
Then flight to Las Vegas early in the morning to play at the new Further Future festival located in the desert, a Mad Max experience, it was a blast, all the people dressed up with space costumes, very funny! I was performing as Pulshar at 6pm and at 12am at the Robot Heart track, if you have been or seen it you know what I am speaking about, an experience I will recall all my life….then back home and relax…

WWD : You had the honour of playing for Robot Heart at Further Future Festival, what was that experience like?

PB : A-we-so-me, It was early at night, great, I remember I started at 118bpm, deep and melodic, had really good feedback, and I enjoyed it a lot, that sound system… I have no words, just perfect!

WWD : Can you tell us a little the Seven Villas project?

PB : Seven Villas is my new adventure in the electronic music world, its the label were I like to follow my passion for the music, I don’t mind if the artist is recognized or not, it’s just about the music, if I really feel the demo, I publish it, and try to push it adding nice remixers. Now I’m doing the first vinyl editions, let’s see how it works.

WWD : Production wise, what can we expect from you over the coming months?

PB : Well, by my side, the next it will be a remix for youANDme on Desolat alongside with Loco Dice, and focused on my next album that is almost finished, I would like to publish it at the end of the year.

With Pulshar, we have the next Avantroots ready to go, a very special project with our hero Rod Model aka Deepchord, its will be released in the next months in a very special vinyl edtion.
As ghost producer I have finished a big track for a new feminine artist, but I can’t give you more info…
also finishing some mixing and mastering works at the studio.

WWD : Can you give us one track you feel will make a big impact this Summer?

PB : I been playing a lot the remix Justin Martin did for Escape, released on Aus, this track is a bomb, fresh and groovy, I love it!

WWD : Before we let you go! You’ve very kindly put a little mix together for us, can you tell us a bit about what one will find in there?

This is the mix I did at the Robot Heart stage in Further Future Festival, Las Vegas. It’s a journey between deep techno and modern trance music, with lot of tracks from Seven Villas, unreleased remixes and exclusive tracks from artists friends, I hope you will feel it.