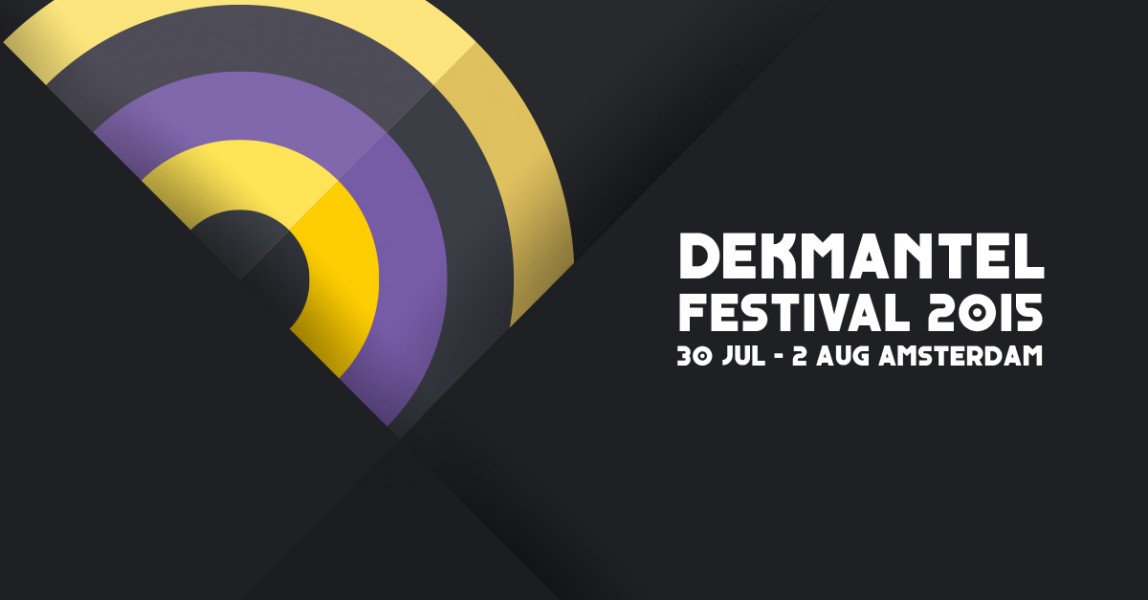 If you are still undecided about what festivals to go to this year let me give you some advice, if you are looking for a festival that has one of the best line ups this summer, in the heart of a beautiful city, in one of the most beautiful cities in the world. Then you should seriously consider Dekmantel. Located in beautiful Amsterdam this event hosts most of the biggest names in house and techno in the world. With artists from every corner of the globe you are guarenteed to get a one of a kind experience.

With an abundance of festivals clogging up nearly every weekend of the summer, standing out from the crowd is no easy task. But dekmantel manage to do this with expert persicion. Now into its third year dekmantel originally started as a host of parties and also a well respected label. It is only recently that they have decided to go into the festival game and needless to say we are very happy that they did. Making a very loud statement from the get go. All killer no filler.

One of the most interesting and uncommon things that the festival organisers have done is refuse to over sell the festival. Only releasing 5,000 tickets in their last outing this was an absolute master stroke. By preventing the festival from being over packed they enabled those there to have enough room to shake their hips and to also relax without being mobbed by people. There is a clearly made decision by the organisers to value peoples experience over cashing in and making money out of such a big event.

Upon first glance, even those who aren’t too familiar with the world of electronic music would recogse more than a few names. To those of us who take our techno a bit more seriously this is one of the best line ups we have ever seen. Big name after big name after big name you couldn’t think up a better line up. It seems like the hardest decisions we are going to have to make that weekend is what acts to see instead of others, which may prove to be a very difficult task. Techno and house are all represented in all their sub genres by the best of the best with the odd curve ball thrown in the mix to keep things interesting, particularly a dj set by the musical madman that is Madlib.

Still not convinced to go? How about a quick list of some of the biggest names playing this year and what to expect from them.

Ben Klock: The poster boy for Berlin techno and with good reason. Regularly playing out some of the best sets in the world. Give this man a few hours behind the decks and you will never be the same again. Resident dj at the infamous Berghain, an eight hour set is the standard for this guy.

Jackmaster: This Scotland native has had a meteoric rise in the last 3 years. Going from local hero to playing along side the likes of Seth Troxler in such a short space of time. One of the best selectors around with a wealth of experience behind him. He has talent that well proceed his years.

Robert Hood: One of the leading lights in the minimal techno scene. He has recently found his second wave under the name Floorplan. With the release of his Paradise LP two years ago, which contained some of the most soulful techno tracks around he has found a new groove. Effortlessly transitioning from from house to techno and injecting soulful gospel cuts. This hard hitting Detroit legend will have you hands up singing along.

Omar S: With music ending at 11pm each night there is an excellent night program organised the highlight of which is this Detroit native. Long considered one of the legends of techno. Having remained consistent over the last decade he is one of the most impressive producers out there and an utter joy to listen to dj.