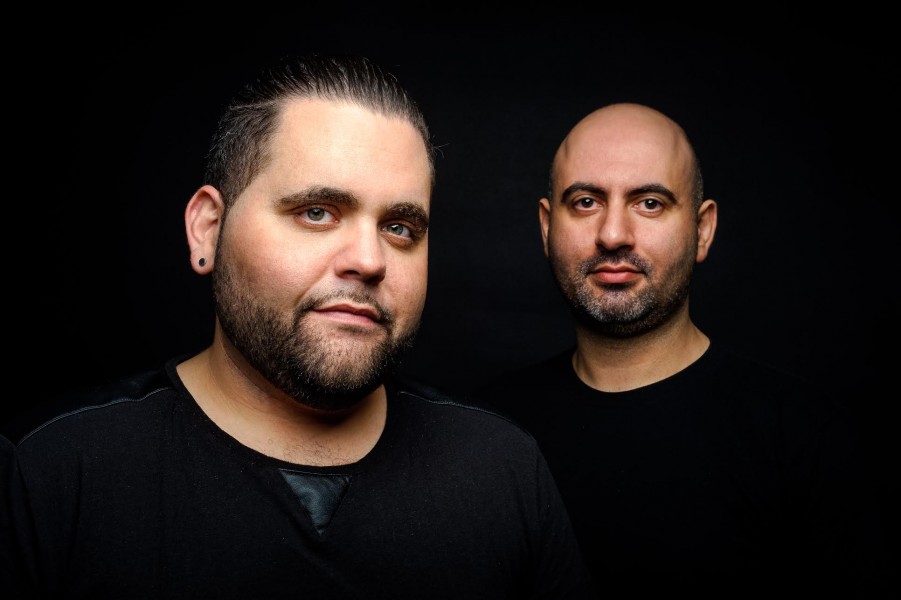 Two of Toronto’s finest incoming for WWD 025. The Junkies have become a respected mainstay in what is now very much one of Canada’s lauded techno hubs.  Regulars at the institution that is Coda, the boys play a pivotal role in sculpting the sounds of the underground. They’ve developed a hard-hitting techno blend with a distinct touch that proves they’re not afraid to take risks. Something that has undoubtedly been critical in the winning of support from tech titan Dubfire, who has showcased their talents numerous times via the SCI+TECH imprint.

Most recently, they’ve returned to Boris’ renowned Transmit Recordings, where they laid a killer three track EP “Forever”, which also featured the talents of fellow Torontonian & Hot Creations recruit Nathan Barato. We caught up with the lads this week to find out all about the release, what’s going down in their city and what’s to come over the next few months. What’s more, they rinsed a power hour of body shaking techno, an exemplary exhibition of exactly what The Junkies bring to the table!

WWD : Valentino, Vince  – Thanks for taking the time to chat! How is life in Toronto right now?
It’s most definitely our pleasure! The When WeDip Blog is super cool and we are happy to be a part of it.

Life in Toronto is the best it’s been in years. Besides it being one of the most diverse and coolest cities to live in, our Underground Music scene is here thriving.  The scene has experienced a renaissance of sorts. We love every country and city and we get the opportunity to travel, but Canada and Toronto will always be home for us.

WWD : We had the pleasure of catching you in Footwork (now Coda) in 2011, since then things have really picked up from an international perspective, what have been the biggest changes for you? Is music a full time career for you both now?

Well, to be honest on a personal level not much has changed for us. We are still the same old guys who you saw play back in 2011. Obviously touring and being on the road is a huge life change. You have to get to used to nights with little or no sleep, living out a small suitcase and grabbing a quick bite or nice dinner whenever you can. It pretty much consumes most of our days right now, so we guess you could say this is our full time career…But you make do! After all, this is life and this is a career like no other.

WWD : Your latest release “Forever” sees you return to Transmit. Where did you guys put the EP together?

“Got to Do It” was done since way back in early Summer of 2014. We sent it to Boris as a possible track for the EP, and he loved it. He asked us for another, but with a busy summer season, it was hard to make the time to get into the studio and work on the second track. We actually had sent the track to Nathan as well, and he was rocking it all summer season. Nathan had a huge summer last year with his Music ON residency in Ibiza and gigs for Jamie Jones at Paradise. So it was dope to hear that he loved it as well.

“Forever”  it’s a funny story actually. It was just one of those ones that just simply clicked on every level from the our first session. It was just a few days before NYE 2015 and our UNION show at Coda. Studio session started and 14 hours later Forever was complete. Boris got the first listening as we thought he would be all over it and we were right. He went absolutely nuts! Huge one for us this year at The BPM Festival and a lot of our sets.

WWD : The haunting vocal is entrancing, where did it come from and what was the idea behind its inclusion?

The lost art of sampling 😉  The idea behind it was to find something that would really stand out in the front of the rolling beats and haunting synths.

WWD : What can you tell us about your relationship with Transmit & its chief Boris?

Our relationship with Boris has really become one of a friendship more than a business level. He’s one of those people who we can always turn to when we need a word of advice or a laugh for that matter. He’s always been big brother Boris to us from the early days in Miami at WMC till today.

WWD : Nathan Barato continues a fine run of form with a quality remix. You guys have been friends for some time right? When did you first meet?

Hard to remember really LOL. Has it been that long? Possibly on a boat cruise back in the day or our early days at the Comfort Zone. Either way thank god our paths crossed, he’s one the nicest, most humble and talented guys in our business. Together we have grown throughout the years, we’ve created our UNION brand and shared all the ups and downs together. Happy to call him a best friend! 🙂

WWD : What was the first thing you thought when you heard his finished product?

Honestly it takes a lot to impress us. But we both thought to ourselves…BOMB!!!
WWD : Before we sign off, the Summer season is fast approaching! Will the next few months be studio or show focused?

A little bit of both, but the summer months are mainly focused on gigs. A euro tour this summer is in the works, we are still adding more shows. But we always find a little time to work on music!