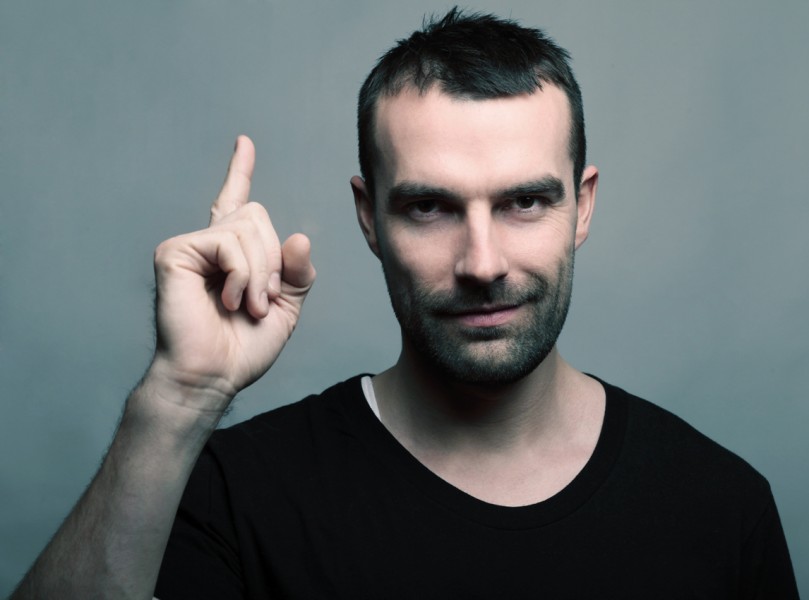 Marc Miroir is a German DJ and producer and the owner of the Paso label. An underground head to the core, Marc has always promoted a wide-ranging sound that incorporates many different elements, a fact that was laid bare recently on Let Me Go, a stunning collaboration of his that he produced in tandem with vocalist Elif Bicer. With the track getting a richly merited remix package featuring the likes of Fred P, Deadbeat and Leo Cubanero, these are heady times indeed for Miroir and his label. We caught up with him to talk labels, memories and future plans…

Can you tell us a bit about the day-to-day running of a label such as Paso. What’s it all consist of?

It depends on the release schedule. When you have a lot of releases coming up, there is a lot of work to do. You have to talk to the promo agency about the timing of the promotion, to the graphic designer, to the distributor to fix the deadlines. Of course to the artists, writing the release information and updating Facebook, Soundcloud and Resident Advisor. Above all I listen to demos and talk to the Paso artists about upcoming productions. There’s a lot involved!

What’s the most important aspect of running it all?

I think it´s important to develop your own style and to release only stuff you are only 100% into. Otherwise, what’s the point?

And is it just you working on it? Or who else helps you with it all?

When we started the label in 2004 there was 4 of us, each one addicted to music. Year by year they all left the music business, so now I’m running it pretty much on my own but also alongside my good friend, Max Moll. Max is responsible for the label booking and the showcases around the world.

What’s your plan for the summer? Many cool gigs sorted?

Yes actually. I´m playing a lot of open air festivals in Croatia and – of course – in Germany. Besides that I’ll also have my own monthly party called ‘Members’ in Berlin with its amazing in and outdoor areas.

So are you actively still involved in the Berlin scene? Is it just as special as it’s always been?

Yeah, I´ve been running ‘Members’ at the amazing Kosmonaut club for some time now. The club has 2 floors and a unique garden in summer too. The crowd is outstanding and the booking is high quality. In addition to that there are some Paso Label parties in different clubs. Recently I´ve been playing in clubs like ‘KaterBlau’, ‘Wilde Renate’ and ‘Tresor’ too. I think the Berlin scene is still very special. I don´t know any city where you have so many clubs with no closing hours and such an international and music addicted crowd.

And what’s been your favourite Paso release so far?

I can´t possibly name one! Every release has its own story and is special. My Kraft EP e.g. from 2009 was pretty big. It boosted the label to a higher level for sure. Sebrok has had many good releases, and my latest EP ‘Let me Go’ with its upcoming remixes is also very special.

Yeah, you’ve got some really cool remixers remixing your latest EP. How did you settle on those guys?

Elif Biçer is a good friend of mine. When we meet we talk about the music business and about our favorite music. Fred P, Deadbeat and Leo Cubanero are artists we both like very much. Elif had the contacts and all of them were happy that we requested the remix because they love the original.

Yeah, I think so. The remix EP is a great package. Fred P delivers a techno reshape for the morning hours, Deadbeat a downtempo bomb and Leo Cubanero a tech house interpretation for the prime time. I love all of them, especially because they are so different.

Why did you think this release was the perfect one to be remixed?

Simply put, I think as an artist you have more possibilities to make your own interpretation of an track when it has vocals.

With the original, did you work around the vocals or vice-versa? How complex was it to put it all together?

I know Elif [Biçer] since her time at Berghain and from her productions with Ben Klock, Prosumer or Steffi. I love her voice. So I asked her and she was up for it! I was inspired from my party, Members, and from Elif herself. Ronald Christoph and I wrote the music and after that we invited Elif into our studio. It was more fun than work actually.

Do you find there’s an element of risk involved when you arrange remixes with people? I guess there’s a lot of trust involved anyway?

Sure. It´s always tricky, so you only ask artists you really like. But it can happen that you don´t like the result. Which can be difficult. Sometimes you have to pay a fee and sometimes there is a remix swap, but deals are nearly always different.

Have you played out the tracks yet? Which one got the best reaction?

It depends on the time. For the primetime Leo´s mix works perfectly. Fred´s mix works also very good in the morning hours. And I love Deadbeat´s mix for listening!

What’s next for Marc Miroir then?

There is a new ‘Enough!’ coming up in the summer with a great Valentino Kanzyani remix. And for autumn I am working on something very special. Stay tuned!

Marc Miroir’s Let Me Go (Remixes) is out now on Paso Music.