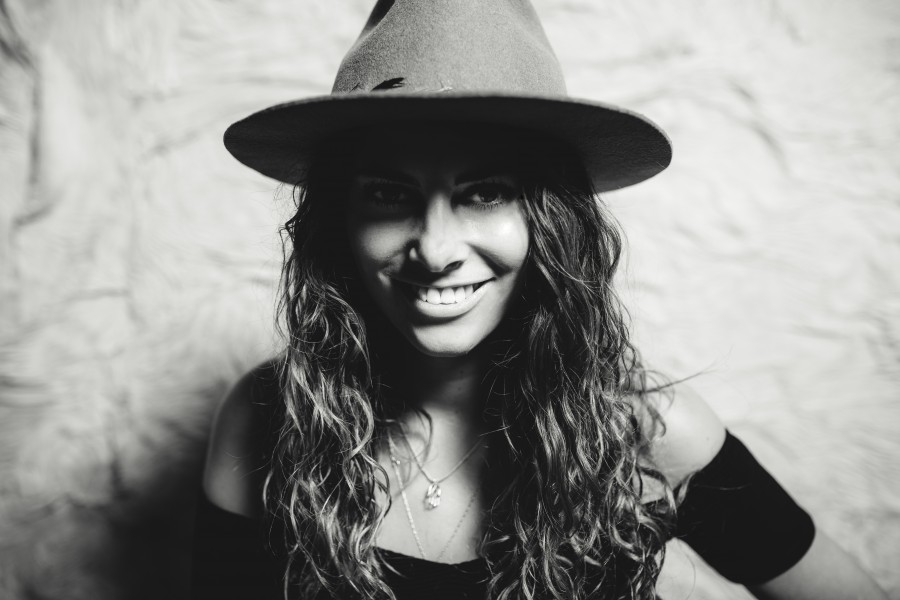 Berlin-based duo Pan-Pot continue the cultivation of the Second State crew with the addition of up and coming British producer BEC. In addition to showcasing a brand new cut from her debut EP on the label, the UK artist has joined us for a candid Q&A on making the grade, finding her feet in Berlin and taking the next steps in the journey. For those who haven’t had the pleasure, meet BEC 🙂

WWD: Thanks for joining us Rebecca! Have you got the summer buzz in Berlin yet?

No worries, thanks for having me! Yes, summer in Berlin is just unbeatable. An incredible energy just started to build up around the city when it began to get warm a few weeks ago, especially after such a harsh winter.

WWD: You’re recent enough to the city. What was the deciding factor in making the move?

I mainly moved to the music. To be closer to the label, and closer to what seems to be the hub for electronic music in the world right now. I also moved as I was fed up of London, it can be such a tough city to live in on a long-term basis.

WWD: How did you fall in with the Second State family?

Quite randomly actually! I met Thomas, Tassilo, their manager Markus and also Clint Stewart when they played at an LWE night in London a few years ago now. A friend introduced me to them, and we got on instantly. I told them I was DJing, and they said that they had just started their label Second State. Things just grew from there. I couldn’t be happier to fall in with such a lovely bunch; they are like family now!

WWD: Production-wise, what did it take to get you to this level?

Electronic music production came into my life quite late. I DJed for a while before I even thought I wanted to produce my music. But suddenly I got the urge and wanted to see what it felt like to have the crowd react to a track of your own on the dance floor. I signed up to an electronic music production course and started learning intensely for the next year after that – well, actually I haven’t stopped learning since. There’s so much to learn; it’s quite overwhelming. Some other artists have been doing it since they could remember and sometimes it’s difficult not to compare your skills with theirs. But you have to bear in mind that you are new to it, and there’s only so much you can learn at one time. Overall I’ve come a very long way, which I’m proud of.

WWD: Talk us through the new release! Where did you put the tracks together?

London, then Berlin, then London, and then back to Berlin. You get the picture! It took me a long time to finally come to finish my EP.

WWD: Is there a story behind ‘Relentless’?

Yes, there is! When I DJ, I feel I have a defined sound. However, as I am relatively new to production, it was tough for me to pin down my sound and produce an EP out of it that I was genuinely happy with. It’s taken me well over a year, hours upon hours in the studio, and many failed attempts. There have been times that I have felt like giving up. There have been times when it’s got me down because I’m so passionate about it and became impatient. But finally, here we are, hence the title “Relentless”!

WWD: Obviously finding your sound is a big journey for artists in the current electronic music landscape, is that something you’ve been conscious of as an emerging producer making tracks?

For me, as a newcomer, the repeated advice I got over and over again was that I can’t rush the maturing of my sound and that it will come naturally in time. I didn’t listen to my advisors and tried to force it, which just didn’t work. In the end, it came so suddenly and so instinctively. I had to laugh at myself for being so stubborn before; it’s kind of like looking for your dream house when you step in the door of the right one you just know it’s right. It’s entirely spiritual.

WWD: What has living in Berlin given you that London couldn’t? Can you see it being a long-term base for you?

Freedom and time! In essence, it allows me to spend more time doing what I love. In general, people aren’t entirely consumed by their job because rent is cheaper than a lot of another city, which creates such a fascinating atmosphere and vibrant energy. Regarding my future, I’m not so good at planning; I decided spontaneously one week before moving to Berlin from London. But, if I had best of both worlds, I would live in Berlin during summer and somewhere warmer during the darker months. (I just can’t hack the winters here)!

WWD: Your three essential (and lesser known) hangouts in the city?

Yep, Jigger, Beaker and Glass for an extensive and fantastic cocktail menu. Ruby’s for the best pizza in town and a cool, friendly crowd. The bank of the Landwehr Canal near the Admiralstrasse bridge or Maybachufer in Kreuzberg to watch the sun go down.

WWD: Can you finish the sentence for us? Berlin doesn’t have enough…

COLOUR! I recently made a pact with myself to stop wearing so much black – it’s depressing!

WWD: Looking to the summer, what would make it a success for you?

Success would be getting my second EP out and completing working on my third. It would be established artists that I admire playing my tracks. Also playing festivals, beaches or somewhere exotic!

WWD: Before we say goodbye, what are the important dates coming up on your calendar?

Well, on the 29th of this month (April), my first release is finally out on Second State! 18th of May is unmissable; the absolute veteran of dance music, Carl Cox is playing with Pan-Pot at Watergate, and I’m playing too! Then, coming up early in the summer is also Off Sonar in Barcelona that I couldn’t be more excited for this year. I’m playing with the Second State family and Dubfire at Pacha on the first night of the festival, 15th June.