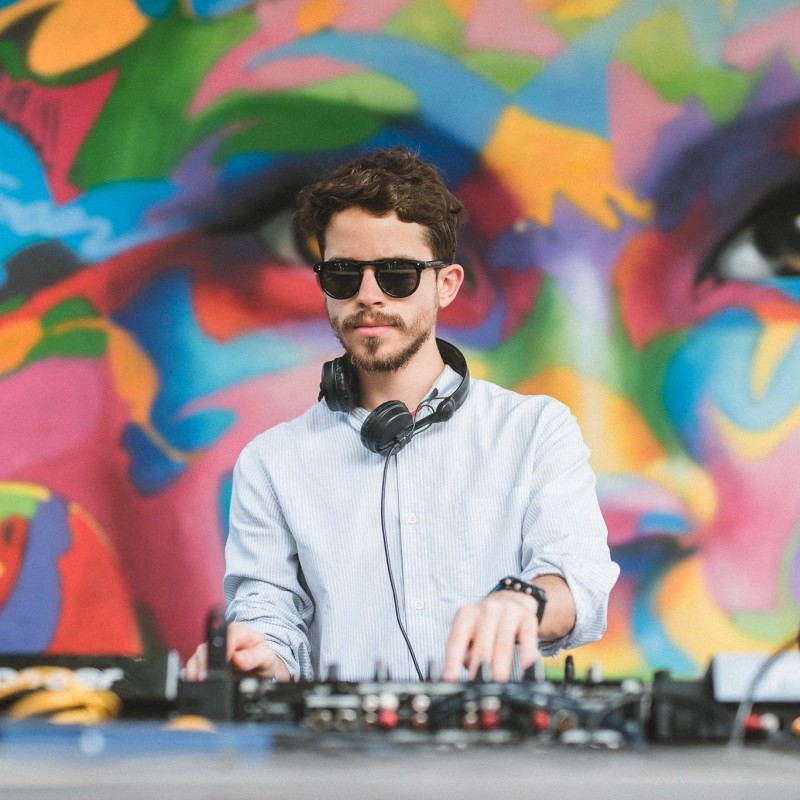 Stories Behind The Sound: An Interview with Anjunadeep’s Dom Donnelly

Iconic London-based label Anjunadeep needs little introduction. The past decade has seen the imprint emerge as a global tastemaker in electronic music, an outfit where quality never falters. Its success and operation is a fascinating element of the industry and who better to take us behind the scenes than A&R man Dom Donnelly. Taking a break from his hectic schedule, Dom shares an insight into the inner workings of the imprint ( think demo process, artist development) as well as the focus on pushing the boundaries on a constant basis. What’s more, he’s provided a delectable accompaniment, 60 minutes of splendid tunes including a number of Anjunadeep exclusives.

WWD: Tell us what’s your favourite thing about living in London?

Hmm, tough to choose only one but I think I’d go for the parks. I just spent a year living in Berlin which I loved, but whilst it’s an amazing city in it’s own way, they don’t really know how to do parks like we do in London!

WWD: If you had to take the When We Dip team out for a spot of lunch, what would be on the menu?

My current lunchtime addiction are these turkey and camembert baps from a coffee place in Bermondsey near our office, so it would have to be that so I could get my daily fix.

WWD: What role does the city play as a base for Anjunadeep and all your activities?

The label definitely takes some influence from London and it’s musical scene, but it’s always had a very eclectic and global feel. Along with UK acts like Dusky, Ashworth, Theo Kottis and Jody Wisternoff, some of the label’s most influential artists have been from the US, Scandinavia and Australia and I think that international roster reflects the global Anjuna fanbase. That said, it feels like we’ve really become a part of the scene in London over the past few years with our parties at XOYO, Fire and The Nest which is really exciting and something we’re looking to build upon.

WWD: Your tasked with A&R at the label, how did the role come about?

I originally started working for Above & Beyond helping out with social media and marketing, which was a huge learning experience, but my musical tastes were always closer to Anjunadeep than Anjunabeats, so I kept chipping in with A&R suggestions and after a year or so moved over to the label team. The A&R process is very collaborative with James, Jody, Allan and the rest of the team.

WWD: Was a career in music something you always planned?

Since I was old enough to go to clubbing and experience dance music properly it’s been something I’d wanted to pursue. I’d started DJing when I was at school, and promoting a few nights when I was at university in Leeds, and when I moved back to London I was looking for work in either the music or film industries, so did a couple of internships which then led me to Anjuna.

WWD: The one most important piece of advice you received on making a career for yourself in the music industry?

Always be networking! I don’t think I was ever explicitly given this advice by anyone, but every person you meet who seems successful or has a cool job has the same trait. They seem to know everyone and are able to make good contacts any time, any place … It’s funny how many people I met in clubs when I was 17 who I now work with!

WWD: Talk us through demo process at Anjunadeep. Have you developed your own strategic approach over the years?

It really varies each time, but most of the demos we receive are from budding producers looking to start their career. We discover some great talent and always try our best to give constructive feedback, but it’s tricky given the quantity of demos that come in! Most of our recent signings have been artists that we’ve admired and reached out to, or been introduced to by other acts already on the label.

WWD: How involved are the Anjunadeep team in the development of its artists?

Again this varies, with some artists we do get really involved and work very closely with them developing their careers, but some prefer a more hands-off process, so it’s a case of being flexible and doing whatever we can to help each different artist, however that might be.

WWD: What are the key projects your working on at the minute?

There’s a bunch of exciting projects in the works – on the release front we have albums coming from Cubicolor and Way Out West which are sounding special, and we’re working on ‘Anjunadeep 08’ the next instalment of our compilation series. On the events side we have our London summer residency, our first off-Sonar party, and we’re hosting some festival stages in the US. Curating those stages has been really fun, it’s amazing to see acts like Bonobo and Âme on our stages alongside all the Anjunadeep favourites.

WWD: How would you compare your personal tastes to those of the label?

My tastes crossover really closely with the label, I’ve been an Anjunadeep fan since hearing a Michael Cassette track on an old A&B podcast nearly 10 years ago when I was first getting into dance music. I’ve got a real soft spot for old ‘blog-house’ from the late 2000’s too, so all things Ed Banger, Erol Alkan, Tiga, Boys Noize, Fake Blood etc. Duke Dumont’s remix of Mystery Jets ‘Two Doors Down’ from 2008 is an all time favourite.

WWD: You’re a regular on the podcast. You must have a library overflowing with tracks. How do you go about selecting your tunes?

When I’m doing a podcast I normally spend half the time trying to find the right opening track! Once I find that the rest somehow just seems to fall into place. I like to find tracks that can fit together perfectly into a smooth mix, but that also each have their own little quirks or moments, so that every track might catch the ear of a different listener.

WWD: Stylistic trends come and go in the underground house and techno scene, in your eyes what are the sounds defining 2016?

There’s a lot of music being made at the moment that harks back to the 90’s, some of which is incredible, but a lot of it is just a poor imitation of the original stuff. The best stuff at the moment for me is the music looking forward rather than back, or that at least puts an original twist on an older style. A lot of that is coming from Germany and Holland where they perhaps aren’t as caught up in the rave revival thing, labels like Permanent Vacation, Giegling, Maeve, SoHaSo are creating a lot of 2016’s defining sounds for me.

WWD: Three artists we should keep an eye out for this Summer?

Yotto is one to watch this summer, he’s got an awesome trio of singles ready to drop on Anjunadeep over the coming months. Theo Kottis is making some amazing music at the moment and is destined for big things, keep an eye out for his new EP on Anjunadeep at the end of June. Lastly Cubicolor who are making some mind-blowing music with Tim Digby-Bell for their debut album.

WWD: What can you tell us about the summer residency at Dalston Roof Park & The Nest in London?

We kicked off the residency earlier this month – we’re taking over Dalston Roof Park every Saturday in June during the day before heading down the road to one of London’s best little basement clubs, The Nest to carry on until 4am. The opening party was great, Hisham Zahran ended up playing 5 hours on the roof, and last week Cubicolor smashed it at The Nest. We’ve got 16 different acts from the label appearing over the month so it’s great chance for us to showcase the full label family.

WWD: Before we let you go, can you tell us a bit about the special mix you’ve put together for the readers?

It’s quite a mellow mix of spacey melodic music from artists like Stimming and Pantha Du Prince, with a couple of unreleased Anjunadeep tracks in there from Koelle and Theo Kottis which are out this summer. The kind of stuff I’m playing this month at our London residency.