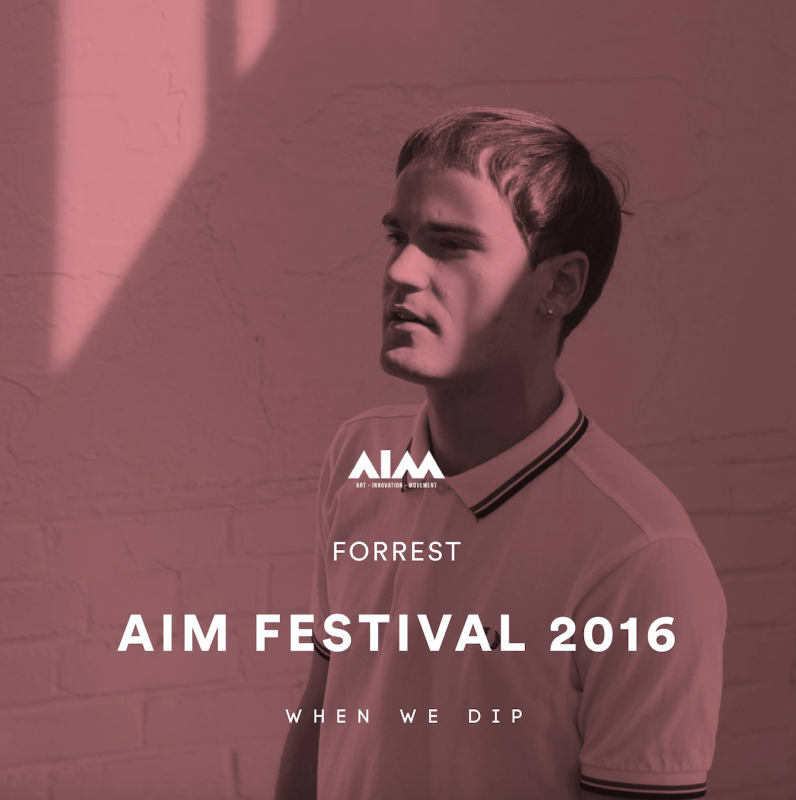 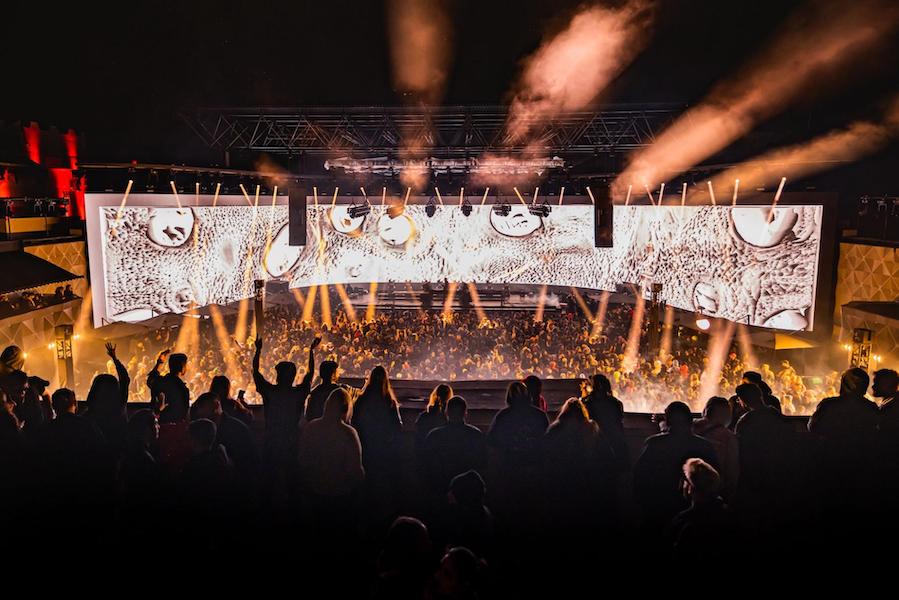 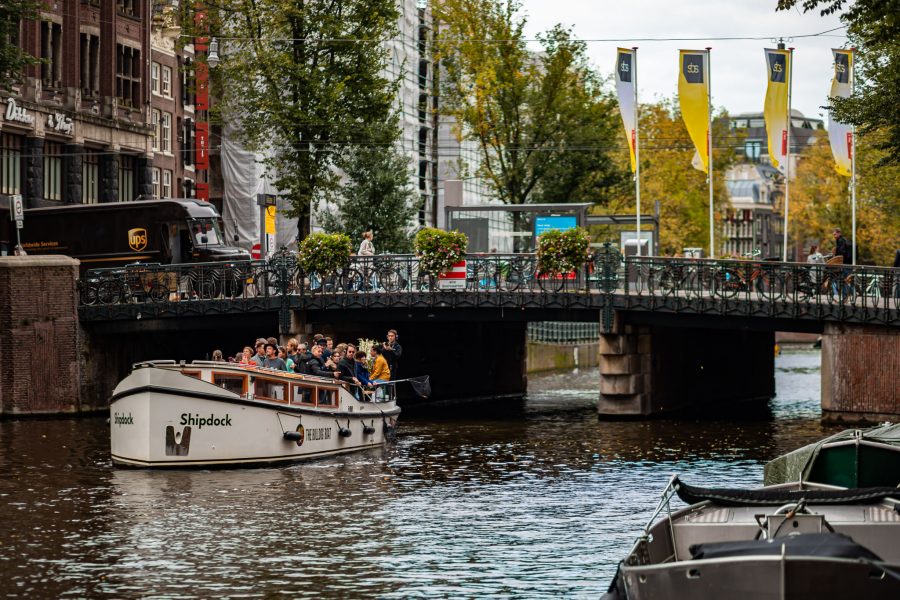 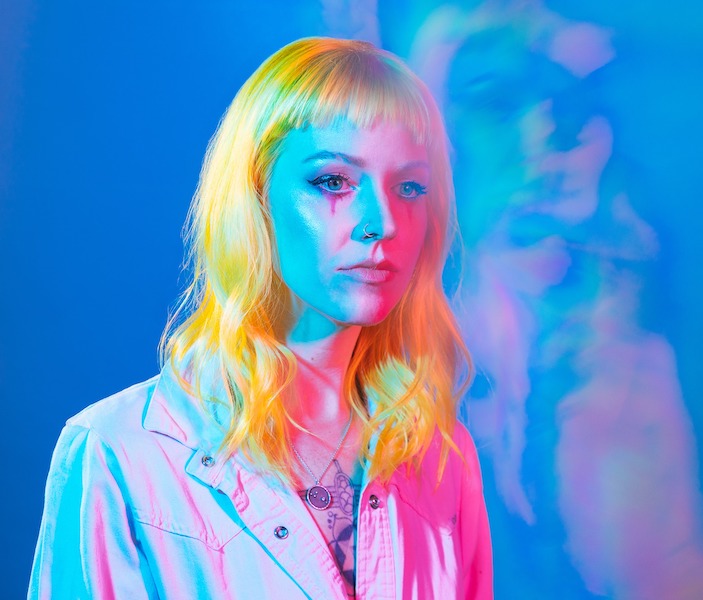 AIM Festival makes its return to the province of Quebec this July (15-17) with a line-up that includes the likes of Audiofly, Blondish, Carl Craig and Felix Da Housecat. Despite only being in its second year it looks set to become a staple of the Montreal electronic scene, providing a unique European touch to the city’s festival circuit. Ahead of the event, we caught up with a local that has made his own impact in Europe and beyond, Forrest (2020 Vision, Moon Harbour), who shared both an insight into the goings-on in the city and a new tape to whet the appetite while also shedding light on rumours of a new album.

WWD: Summer has truly landed in Montreal, are you feeling inspired?

Yes absolutely, have some upcoming tracks coming out, gigs lined-up and working on some new bits as always.

WWD: What are the projects your currently working on?

Working on a collaboration with Dennis Ferrer which will be featured on his album. Also finished a new one coming out on Crosstown Rebel with Raw District.

WWD: When you started the Forrest alias you were very much in the infancy of your career. How have your tastes and outlook developed since the launch a few years ago?

I would say, as obvious as it sounds, it’s all about longevity when it comes to building a solid profile. At the beginning I was really rushing to my check off all my short-term goals which is not necessarily a bad thing because it gives the project a certain momentum. But I would say in the past year or so I’m now looking a few steps ahead and focus on the important stuff which will always be: Quality, Quantity & Diversity.

WWD: In music and in life, where does your focus lie this Summer?

To continue on what I was saying, this summer I have a single in the bank called ‘C’est La Vie’ that I think I will self-release. This would mark my first real self-release, I already shot a video and am finishing the visuals. I think it’s a necessary and complementary step since I’ve released / am / will be releasing on a fair amount of different labels, my catalogue needs a personal counterpart.

WWD: You’ve previously talked about the possibility of a full length album. Is that something that still interests you?

Exactly, at this point when the time is right I’ll be self-releasing it. I had one cooked up last year and had another ready at the very beginning of FORREST. These days it’s wiser to do everything your self when it comes to LP’s, promo & distribution is so accessible and you get to really keep a tight grip on everything from the music to the artistic direction. So yeah, stay tuned.

WWD: How is the state of Montreal as a city right now? Is there much to excite?

It’s really cool, key word: diversity. Montreal has always been strong with having leading talent in pretty much all musical strings. I’m a pretty easy going crowd myself so when I go out I have fun no matter what the music is. It’s all about the context. Lots of DIY, lots of strong independent entities. Couldn’t ask for more.

WWD: One thing you’d like to see more of in Montreal?

Well, the laws and regulations are pretty hard to work around. It affects the spontaneity of throwing a good ol’ fashion random party. Not saying people don’t do it, and again, that bootleg feel gives the character to all those DIY parties, but yeah if I had to name one thing, cutting some slack on all those city legislations when it comes to party/events and mostly DIY venues.

WWD: I know you travel often, aside from shows/music, is there anything else that inspires your trips abroad?

Mmmm, I like to mix playing shows and visiting friends. I’m jumping the gun a bit on the next question but Berlin is really the best city in my opinion when it comes to the quality of going out, it’s pretty stress-free if you know where to go. No real stress for lists, closing time or rushing a pre-drink. Yeah, criteria’s for travel is mainly: music, friend, food & weather.

WWD: Do you ever see yourself moving back to Berlin or London? Or possibly a new destination?

It’s always a possibility yes. But I would say the USA are on my radar NYC or the West Coast but that’s really not for now. The music industry is way too frantic at the moment. I’m sharpening my tools at the moment, perfecting my craft and learning a lot from different opportunities I’m currently encountering.

WWD: After catching your performance in the rain last year, we’re very excited for your return to AIM Festival. Will you be performing live once again?

Indeed, I’ll be playing a dj set & singing on my original tracks. It combines what I love doing the most: dj’ing & writing songs. Last year was pretty tough because of the weather but of course keeping positive for this year’s sky condition haha. Round II.

WWD: Can you talks us through how you go about developing your live set?

Like I said it’s a hybrid of live vocal and a traditional Dj set. I have banks of released / unreleased / most-known original songs and I try to do a healthy balance between all of them. I would say that a bit over half of the tracks in an average set are Forrest related tracks. The shorter the set the more I focus it on the originals.

WWD: For those who have no experience of AIM Festival, how would you describe it?

It’s really the closest we have to a full-blown European festival. Line-up is outstanding and the fact that you can overnight (camp) the whole thing is key. Really looking forward to this year’s event.

WWD: What sort of role does the festival play in the city’s music scene?

As I said, line-up is absolutely impressive and broad, covers the whole spectrum. Also big respect for profoundly supporting local artists & acts. AIM is really pushing the envelope in the right direction. I got to know much of the main heads involved on the organization side, I can safely affirm that their all extremely passionate people that have been around the electronic scene for a long time. They’re doing it for all the right reasons, authentic as they come, go AIM.

WWD: If you had the pleasure of selecting the line-up for your own festival who would be the first three names on the bill?

I would pick a bit of everything, let me state it by stable/labels… 1 stage for all the veterans (Villalobos, Carl Craig, Moodyman), 1 stage Innervision/Circo Loco guys (Dixon, Troxler, Martinez Brothers, Âme) and 1 for the tINI /Fuse London crew & all the upcoming truly underground guys.

WWD: Lastly, before we let you go. You’ve kindly put a little mix together for our readers. What will one find in there?

I’ve thrown a little bit of everything, some of my latest releases & collabs on Moon Harbour etc, couple of more melodic tracks and closing off with a non-dancefloor track I recently released a video for called ‘Forever We’ll Run’.

Much respect for having me and really looking forward AIM 016’
Cheers
-F. 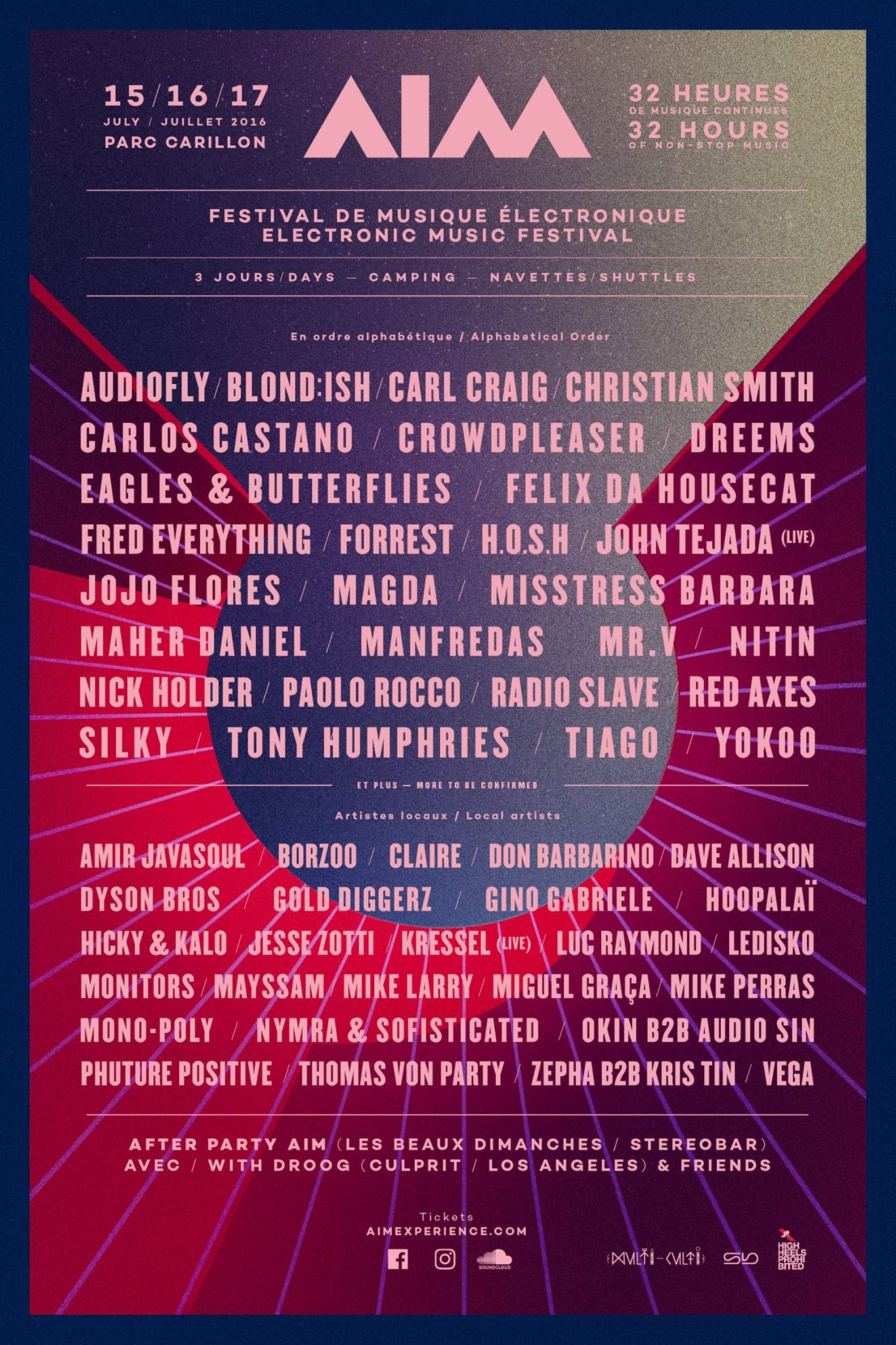