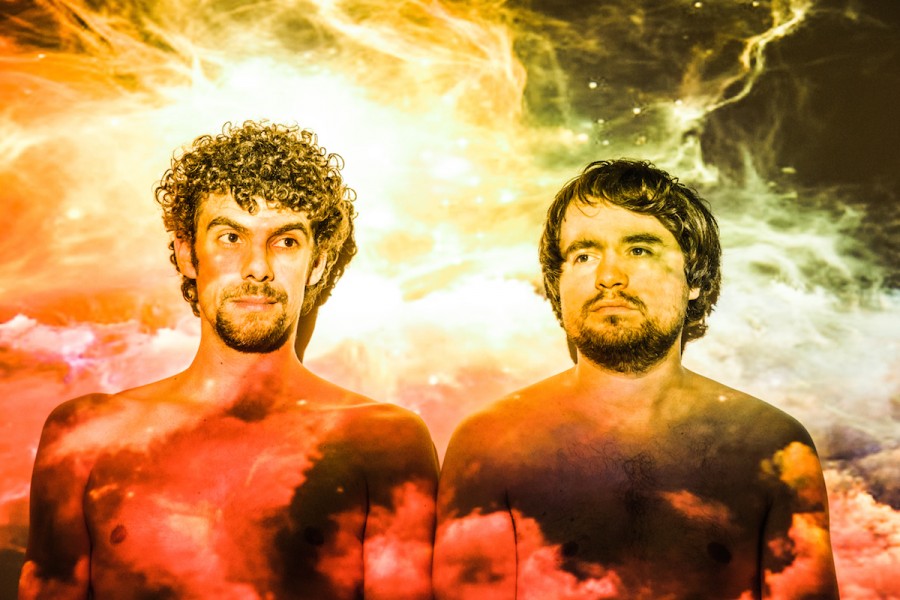 Acclaimed German producers Tube & Berger took some time out of their busy schedule to exchange a few words with us ahead of their return to the UK for Yousef’s Circus party at Egg London on June 18th. They’re one of the leading lights in the European House scene and through their burgeoning imprint Kittball Records, they’ve basically set a whole new quality standard for electronic music production in the domain, charting several bestselling tunes with their work as well as showcasing some outstanding A&R with the label.

Well, no further introduction is required, let’s move on to our pleasant interview with these deep house giants where we spoke about career challenges, leisure preferences and future plans… When We Dip proudly welcomes Tube & Berger.

WWD: Thanks for joining us guys!

Talk to us about your most recent studio session! Where is the focus right now?

TB: At the moment we’re working on our 2nd album which is going to be released in February 2017. Recently we had Richard Judge in the studio and we recorded some nice new ideas. This is probably the best part of our job. Starting new songs is way more fun than finally finishing old ones.

WWD: Besides ‘Kittball Records’, which labels do you like to go looking for music at, when putting together material for your gigs? Is there a favourite imprint, a special one where you know you’ll find what you’re looking for?

TB: Besides Kittball our second home and second favorite label is definitely the Suara from sunny Spain. Mastermind Coyu is a long term friend and we can’t wait to see the whole Suara team at this year’s ADE where we gonna play for them. Another favorite is Mr. Knight’s mighty Toolroom Records. They are releasing extremely hot stuff at the moment.

WWD: The label turned out to be a huge success and it has become a symbol of high quality productions with a distinguished identity. For all the aspiring artists out there, what does it take to have a track released on Kittball in 2016?

TB: When we have our demo listening sessions at Kittball we want to hear some fresh ideas, some proper sound design and something in the track that we can fall in love with. No matter if it’s a melody, a vocal or something super weird and quirky…

WWD: Who’s the most recent up and coming artist to catch your eye?

TB: We like this new guy called Ben Remember. I think we’ll hear a lot more from him in the future. Also our bro Paji is releasing some incredibly good tunes at the moment and we think he is about to blow up in the near future.

WWD: Besides Kittball, you’ve had amazing releases on labels like Suara and Toolroom, including the recent beauty and a tremendous success on Suara called “Disarray”. Another huge one is “Imprint of Pleasure”, also on Suara. Is it right to say that a key part of your musical career is based on that label? How did that relationship start? Was it something that inspired you on running your own record label?

TB: Kittball is actually older than Suara but it’s true, the Spanish kittens inspire us a lot. They work super hard and they are super successful for a small Indie label. Talking about Imprint Of Pleasure it feels like a symbiosis. Coyu believed in the track from the start but we all thought it’s a b side. More like a chill out track… But it became one of the most selling tracks on Beatport ever and still is our and Suara’s biggest hit.

WWD: Do you find yourself spending more time involved with Kittball rather than producing or do both work seamlessly around each other?

TB: Having families and 3-5 flights a week, we decided to reduce our work at Kittball to a minimum. Kittball wouldn’t work without the help of our friends Paco, Lenz and Katsi.

WWD: What are the essential characteristics required to be part of the Kittball crew?

TB: We honestly don’t know. Being nice and open minded is a good start…

WWD: What do you guys do when you need a break from it all?

TB: We both enjoy reading a lot. Berger started to go wake boarding again and Tube is taking a run in the nearby forest whenever possible.

WWD: You have an awesome upcoming gig happening June the 18th in EGG London, held by legendary Circus Recordings where you’re playing alongside Circus’ main man Yousef, as well as Lee Walker, David Glass and other big names. How is the mood about it?

TB: We played for Circus in Manchester about a year ago. Carl Cox was headlining and it was a huge night. Good to be back at The Egg and see Yousef. This is gonna be huge again!

WWD: Talking traveling, are you the kind of people who enjoy embracing different cultures or is the traveling element of music something you find an inconvenience?

TB: Traveling is fun but waiting sucks… We do have to wait a lot in our job but we really shouldn’t complain. Seeing all these spots and meeting so many different people all over the world is truly amazing. We love trying local food and see at least a bit of the city we’re at.

WWD: What else have you got on the horizon?

TB: We’ll have a big US and Canada tour coming up and a we’re looking forward to our shows in Ibiza. Ants at Ushuaia, Toolroom at Amnesia and Tribal Sessions at Sankeys will be fun!

WWD: Looking past the summer, what would make it a success for you?

TB: Have recorded 80 – 90% of the album and seeing friends and family healthy and happy.