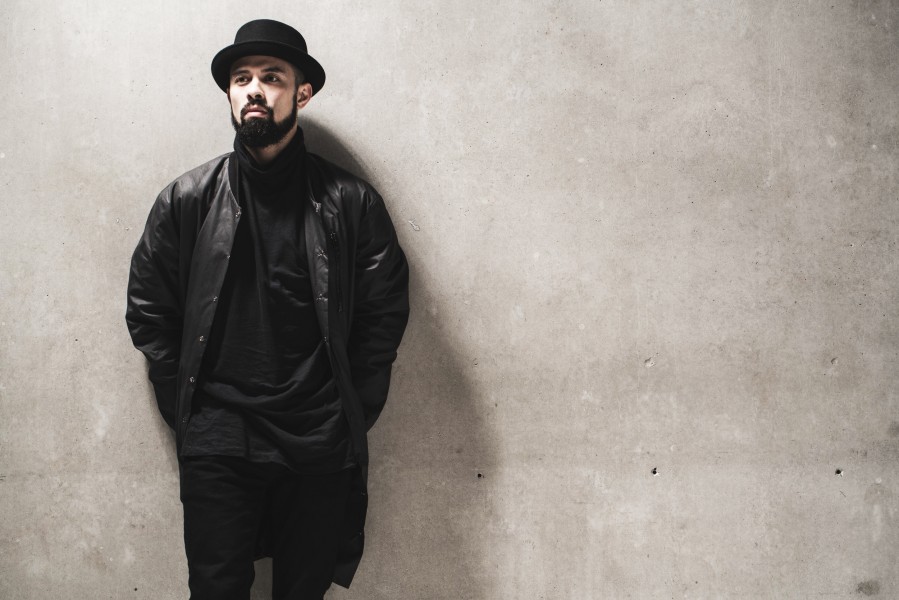 Christian Nielsen back with ‘Treading Water’ on Noir Music

Danish producer Christian Nielsen returns to Noir Music with a fresh EP this month, once more showcasing his scintillating sound, which blends an inimitable groove with a selection of harrowing sonic textures. It’s been a non-stop last two years for the rising artist and he took five to update the WWD fam this week to give us an insight into everything that’s going on with him right now. We talked new music, mentors and the impending Danish takeover…

WWD: Thanks for joining us Christian! Tell us, how are you feeling today? What’s on your to-do list?

First just wanted to say thanks for having me and a pleasure to talk to you guys!
Well I’m feeling pretty good! Right now I’m at the office just sorting some pre-masters for some remixes I’ve finished. Nothing fancy but I really enjoy mixing tracks. All the small tweaks that can take a song to the next level.

WWD: Things have exploded since ‘Do You Mind’ and ‘Need That Something’. Has your outlook on music and your career changed much since then?

Well 2015 was pretty crazy for me! Everything was pretty new to me, and especially travelling so much was surprisingly tough on the body. But I’ve learned to work with it and implement it in my daily life. But besides that no not really. The game is still the same in many ways. You sit down in the studio and produce your ass off and cross your fingers. Its not an easy business but at the end of the day there are no short-cuts here. There is only hard work and trying to use all the knowledge you’ve learned the past years, and still you’ll be surprised how often things don’t go the way you’ve planned. But no matter what you just keep going!

WWD: The last time we talked you were part-time in music. Are you full time now?

No… not yet! I still have a normal day-job that I’m pleased with. It might sound weird but I feel it kind of keeps me sane and connected to the real world. No doubt there is a dream called full time DJ/producer, but for now I’m really happy with having a job next to the music. And I also feel it gives me the space to do whatever I want musically without feeling pressured to make something more mainstream.
There has been some debate in the press about DJ/producers with side jobs, and to be honest the whole thing pissed me off a bit. I don’t care how big a name you are, and what you’ve done, you don’t get to judge how people make their music. You can judge the music if you want, but the producer because he has a day job? Sounds like childish hating to me. Make some music instead of wasting your time on ranting.

WWD: How instrumental has Jesse Rose been in reaching the next level?

I cannot stress enough how important it is to have someone mentoring you in this business. There is no guide book or “the right way” of doing things. There is only attempt and fail. If you have a mentor he can tell you about his wrongs and how you can avoid them.

WWD: Talk to us about the upcoming Noir release, how did it come about?

Well after the last EP “Over And Over” I had already decided that I wanted to do a follow up pretty quickly after. The release was very different from my previous EPs so I wanted to show the fans that this wasn’t some kind of “concept” EP but an actual sound from me. Its actually kind of funny that its so hard to present a new sound as an artist, but I feel I’ve been evolving musically and I wanted to really show people that I can move between genres.

So about a month after the last Noir release, I sent over 2 tracks that I had been working on to Rene (Noir). Again i wasn’t really sure what he would say to it, because it was pretty different from my previous tracks, but within 10 minutes after sending them off, Rene came back to me and was all in!

WWD: Obviously there is the Danish connection with the new release. Who are the artists impressing you in Denmark right now?

Yeah with this release it really feels like the Danish connection. I’m a danish artist, signing to a danish label, and the first person to support the release was the danish artist Kolsch on BBC radio 1. So yeah its as danish as it can get! Obviously Noir and Kolsch have been pushing the “danish house sound” for years now, so they always seem to impress me. Denis Horvat and his new alias Tlak are doing amazing things at the moment. Also the two danes Leman & Dieckmann are also making great music together! Watch out world, the Danes are coming!

WWD: Can you give us your 3 standout moments of the Summer so far?

Well the first would Distortion on Vesterbro, Copenhagen this year. It was a superb set up in the middle of Copenhagen and generally an amazing festival that takes place in the streets all over of Copenhagen.

FACTION at Eden, Ibiza was also a wonderful experience for me. I had never been on the island before so the whole trip was just overwhelming.

Last would be a gig I had in Aalborg, Copenhagen at a place called Vesterå. I’ve played there before but for some reason this time it was different. An incredible night with some amazing people.

WWD: What else have you got coming up over the next few months?

Well besides the new Noir EP I have a new EP coming out on Skreams’ label “Of Unsound Mind” that I’m really looking forward to sharing with the world. I have a whole bunch of remixes that are coming out soon or working on currently. To mention a few names would be Todd Terry, Ten Ven and Joyce Muniz.