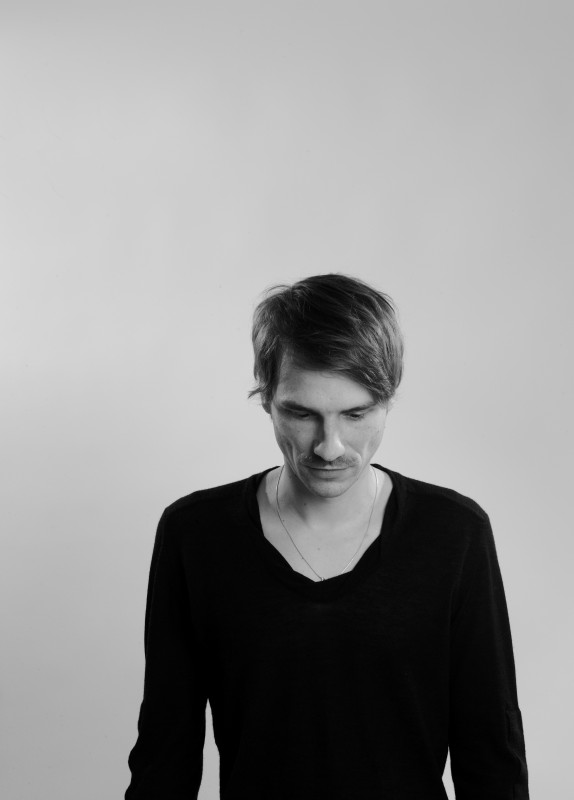 Berlin-based producer Sascha Funke has built a stellar reputation in electronic music over the last two decades with a legion of top quality releases on the likes of Kompakt, Multi Culti and Bpitch Control. We caught up with the German artist ahead of a brand new EP on Tiga’s Montreal based imprint Turbo Recordings, dropping February 10th. Completely ignoring his production prowess and musical inspirations, we tasked him with an ensemble of pertinent Qs regarding his long-time love affair with FC Köln and Germany’s cultural relationship with his profession.

WWD: Hi Sascha! Thank you for taking the time to chat with us.
Where in the world are you right now?

I am at home multitasking and trying to encourage my son to finish his dinner.

After my release on Turbo, I have a new album coming out end of May on Endless Flight. I continue traveling as a DJ. Beside my solo work, my partner in crime Julienne aka Fantastic Twins and I are planning to make a new album as Saschienne. We are still touring with our live show this year.

WWD: Are you one for balancing well your work, family and your past-times?

Luckily, my work is also my favorite past-time. Making music is what I enjoy the most. I don’t have much time left for hobbies. I try to spend as much time as possible with my family and find the space to play with my 2 year-old little boy. The little time I have left goes into football, reading, etc.

WWD: Your affiliation with FC Köln is well documented. Currently 7th in the Bundesliga, how are you feeling about the season so far?

I feel quite relieved that after two decades of suffering and going up and down between the first and the second league the FC Köln is finally getting more organized in the management. The players we bought in the past years and the team manager are working quite well together. No team from Germany likes to play in Cologne anymore. That’s a good sign. I hope we will enter the european cup this season.

WWD: Have you been to watch the team recently?

No. But i went to see a match of Union Berlin this season. My favorite team after FC Köln. The last match i saw in Cologne was a derby against Mönchengladbach almost ten years ago. But as often as i can i follow the matches on tv or via internet. The atmosphere in the stadium is outstanding and it would be great to go there again one day.

WWD: What activities would a match day at home in the city usually involve?

I don’t live in Cologne so I’m not there to witness all the rituals before a match. For the real supporters it’s quite important to meet outside the stadium way before the beginning of a match. They have their first beer and a sausage and talk about the newest football gossip. Real crazy fans walk sometimes from the city to the stadium. This can take some hours.

WWD: Can you give us your three most underrated FC Köln players from the last two decades?

Adil Chihi – a player from Morocco. He was what we in Germany call “an everlasting talent“. Every year you expect him to become the next superstar and he always ended up on the bench.

Patrick Helmes – a German player and a tragic case. He joined the national team and was one of
the leading strikers 10 years ago. But he was injured as often as he scored. Now he is working as a trainer for the youth team of FC Köln.

Ralph Hasenhüttl – a player from Austria. Now he works as team manager for Red Bull Leipzig and is very successful. Well, 19 years ago as part of FC Köln, he belonged to a team which went down to the second league and finished the season on the very disappointing 10th position. We played against teams like FC Gütersloh and not Bayern Munich as we should naturally do.

WWD: Köln are just below Hoffenheim and Redbull Leipzig, two teams other Germans don’t seem to much appreciate. Would you share this sentiment?

Well it’s quite hard to answer that question. The way these teams became successful is based on money from big companies and it’s quite unfair towards other teams with smaller budgets. But I must admit that I am not totally against the way these two teams are playing. Plus we need more teams who can reach the top level of the Bundesliga. Bayern Munich won the last 4 Championships in a row. It’s getting boring. We need more competition in our league.

WWD: Football is a big thing in German culture. From the outside, one could say the same about electronic music. Relatively speaking, it seems the community, in terms of both musicians/producers and fans, is burgeoning.From a local perspective, is electronic music as well integrated into German culture and society as us foreigners would seem to believe?

The electronic music scene is well integrated. The leading cultural press often writes about our music scene and the nightlife – especially in Berlin – wouldn’t exist without electronic music. In the Berlin tourist guides the main clubs share the same row as opera houses or museums. In fact, this development has also helped a lot to raise Berlin’s economic situation. In the rest of Germany the club scene is not seen as that big as in Berlin. But many important labels and producers are still living in smaller cities and receive attention all over Germany.

WWD: How do you feel the country’s relationship with what you do has developed over the last twenty years?

At the beginning of the 90’s, the underground rave scene created big pop acts who were sitting in tv shows and explaining „techno“ to the world. So all that already happened very early. At the end of the 90’s the electronic music scene went separate ways from the mainstream wave and developed into more underground spheres. Since then, in terms of quantity maybe less people are interested in our music but in terms of quality, people follow electronic music with interest, it’s not only about attending the Love Parade anymore. Also the technical progress helped many people to become artists and DJs, it’s way easier now than it used to be. The dance music scene has become stronger, more professional and therefore more autonomous, less depending on the attention from big record companies.

WWD: Much was made of Berghain getting an award of high culture last year. What was your view on that?

I think they deserve it. The club did a lot for the image of Berlin worldwide, not only as “a techno club“ but also through a strong artistic program. I think it’s rightly so and should be seen and acknowledged as one of the city’s high culture assets.

WWD: Would you ever see yourself moving to a new base abroad or does Berlin provide a good home for what you do?

I was born and raised in the East of Berlin and have been living here my entire life. For my work as DJ and producer, Berlin still seems the best environment. Since I have a child, I feel even more home in Berlin. The city provides the best of everything to raise kids. My wife Julienne is French so we spend every summer in France.
There too we find a peaceful environment to make music and it’s a nice change of scenery. This is my second home base. It couldn’t get better.

WWD: You’ve lined up a new release on Canadian imprint Turbo Recordings this February, what can you tell us about that?

I followed the label from the beginning and I am very happy to finally release a single on Turbo. The title of my EP refers the one and only East-German car company called IFA. Every track is named after a car or like “MZ“ a motor bike. I thought it was a nice way to link my own story and passion for cars to the one of the label.

WWD: What’s the next big project you intend to take on?

Finish up all the last bits of work for my album release. And start a new album with Julienne for our common project Saschienne. Plus working on some new solo EPs.