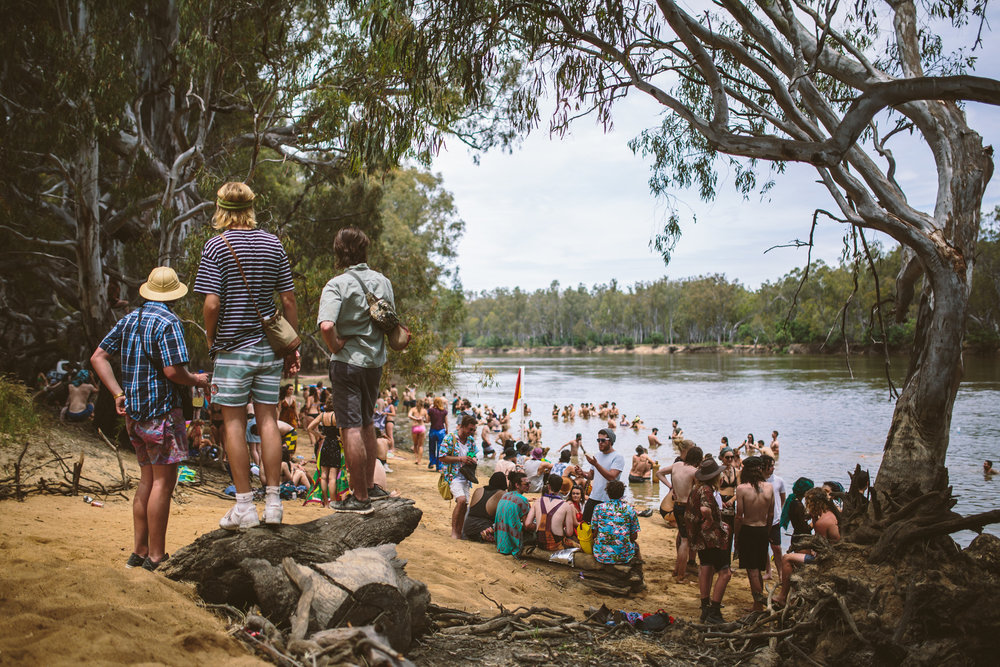 As doof season kicks off in Australia, we couldn’t be more excited to attend Strawberry Fields. Located in the forests of Australia’s Central Eastern Coast, the music festival will host some of the world’s leading electronic music talents alongside incredible art installations and crowd. So to hold our excitement together, we’ve compiled a short list of acts we are most looking forward to catching in the bush.

1. Peggy Gou
The Berlin-based techno producer from South Korea has been making huge waves in the community and is showing no sign of slowing down. With a diverse range of inspirations like Tribe Called Quest, Patrick Cowley, Yellow Magic Orchestra and DJ Sotofett, the maturity of her productions garnered a lot of interest early on in her career. Coupled with a remarkable ability to create instantly accessible dancefloor records, Gou will be an unmissable act at Strawberry Fields.

2. Nicola Cruz
Ecuadorian producer Nicola Cruz takes his influences from his cultural folk roots and mixes it with new-age digital technology to build his songs instrument by instrument, drum by drum. His exploration of local cosmologies and indigenous Afro music produced in a modern framework has got us reveling in the thought of the experience out at Strawberry Fields. We can’t imagine the variation of percussion, bass, sharp guitar riffs, lo-fi and saucy sounds will result in anything other than our musical awakening.

3. OXIA
One of France’s most respected DJs and producers, OXIA has over 20 years of diversity in his back pocket transitioning from funk & disco to downtempo to heavy techno. Marked with an impressive discography and list of remixes and releases on imprints such as 8bit, Hot Creations, and Knee Deep in Sound, we’re sure OXIA will be handing out an eclectic set nothing short of legendary.

4. Harvey Sutherland x Bermuda
The Australian native’s live act of heavy disco consists of one-man electronic string section, deep-pocket live drums, and Harvey Sutherland working his magic across a couple of keyboards. Much like Harvey Sutherland’s solo works, his live set will display a seamless blend of unforgettable neo-disco-funk and mesmerizing jazz melodies. Close to his hometown in Melbourne, Sutherland’s Strawberry Fields set with Bermuda will be an unmissable funk epidemic.

5. Mall Grab
Mall Grab is yet another up and coming Australian native on this year’s Strawberry Fields lineup who has peaked our interests. Leading the House scene in the Lo-Fi movement, Mall Grab has steadily climbed the ranks with a consistent stream of raw house music demonstrating an impressive ear for samples, tastes, and grooves.