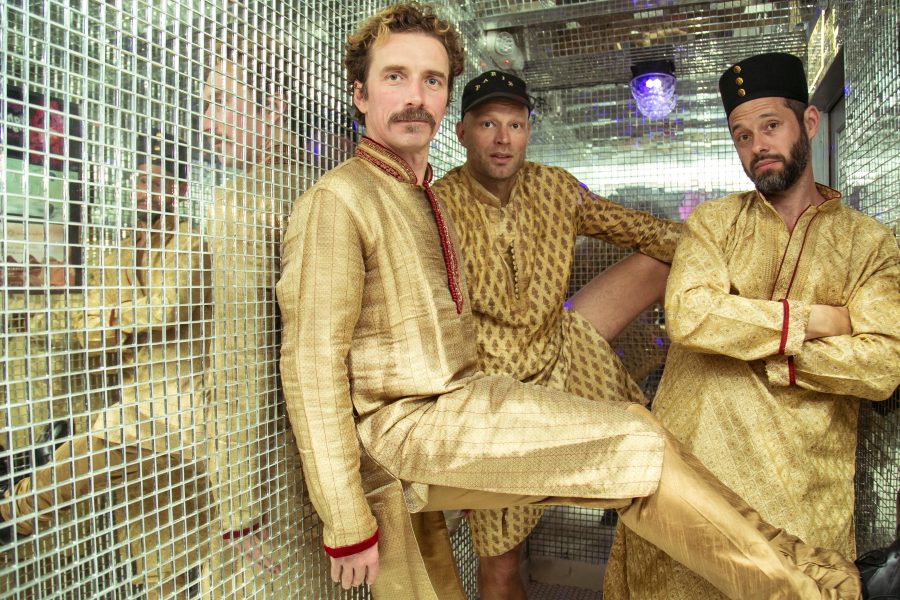 Premiere: WhoMadeWho get remix treatment by ARTBAT for the new compilation on Watergate

Coming in hot with the first of three EP’s from WhoMadeWho’s Watergate 26 is two of the standout tracks from the mix. Both tracks come from WhoMadeWho and Artbat, yet with a unique twist each one sees the collaborators exchange creative roles.

Kicking things off Artbat’s edit of WhoMadeWho’s ‘Monsterrat’ is as deep and hypnotic as it is soulfuland energetic as traces of Rock harmonize with low slung House and shimmers of Disco resulting in an eternal dance floor weapon. Flipping sides WhoMadeWho features on Artbat’s ‘Closer’ where we witness the two outfits concoct a dramatic, emotional ride into celestial spaces where sweltering vocals balance delicately on massive bursts of low end and dreamy progressions creating an incredibly tense yet captivating outcome. Indulge in these two timeless cuts until they bring you more soon from the stellar WhoMadeWho Watergate 26.

We had a little talk with the trio about the compilation. Read it while you listen to the exclusive premiere of Montserrat (Artbat edit) on When We Dip. Enjoy !

WWD: What was your creative approach to collating and mixing Watergate 26?

WhoMadeWho : We wanted to make a ‘club mix’, but still to be true to what Whomadewho is and our history as a band playing live and releasing indie-electronic records. We wanted to put as much ‘us’ in the compilation without compromising the format. There are loads of good club tracks out there, and a lot amazing producers sent us great tracks, but many of them didn’t fit in the kind universe we wanted, even though there were clear ‘hits’ among them. We wanted to make the compilation 100% unreleased and exclusive material, which was also very important to us, since there are so many good DJ mixes and playlists around these days.

WWD: Take us through some highlights of the mix and tracks that are particularly special for you.

WhoMadeWho : We think one of the big moments is way the mix breaks down into Kenton Slash Demon’s ‘Arp8’ around the middle of the mix, first of all KSD are brilliant producers and secondly the track is very special: the drums are breakbeat and the harmonies are beautiful and pretty complex compared to most other tracks, this gives the mix a nice break in the middle. Another one is Echonomist’s ‘At the End of The Day’ which has a very special vibe to it, the sound is quite mellow with a little hint of the ‘80s. Our remix of ’The Day of Rebirth’ we are also very happy about and have been playing it as a last part of our DJ sets for a while now, and it always fills the room with love.

WhoMadeWho : Our schedule the next three months is comprised of some very intense touring, playing DJ sets around most parts of the world. In the bigger picture, we have some great things coming. We just came back from Miami where we have almost finished an album together with DJ Tennis and we have a big song coming out with Rampa in May…so a lot of moving parts!