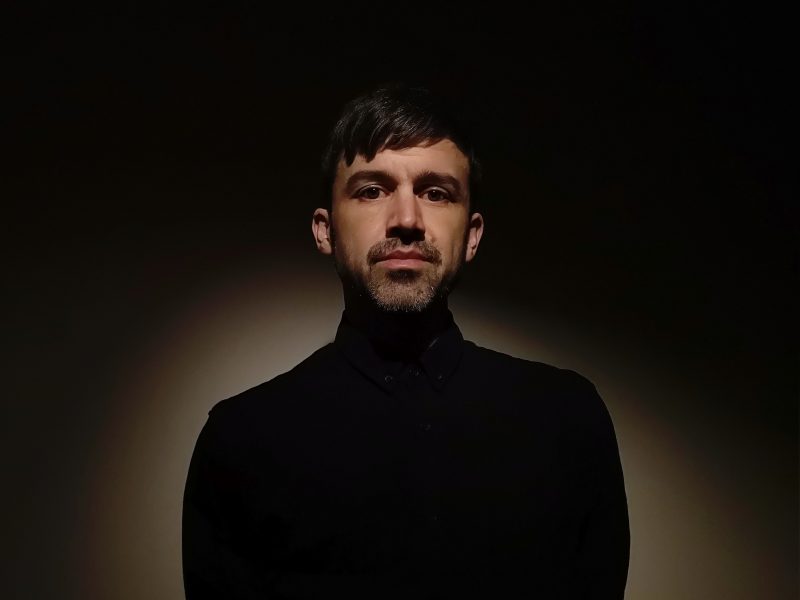 The blossoming relationship between Bedrock and Jake Fairley aka Fairmont, the Toronto-based electronic music producer, live performer and DJ, whose inimitable grasp of contrast, dynamic and groove marks him out as a true originator, is exciting in the extreme. Fairmont’s ‘Brothers Keeper EP’ was a beacon of creative originality last year and his recently unveiled follow-up ‘Frozen In Glass EP’ is another immaculate 3-track electronic collection.

Nick Muir is a producer and DJ of the highest order. He’s also a musician and composer, is widely recognised as one scene’s most respected creative mavericks, and his collaborative musical creations with John Digweed are the stuff of legend. So who better to ask some key questions and delve into the creative mind of Fairmont…

Nick Muir: Hi Jake! As you’ll know I’m a fan, after having been introduced to your music quite a few years back by our mutual acquaintance, John Digweed. The ‘Terminal Z’ track from your latest ‘Frozen In Glass EP’ for the Bedrock label was a standout track for me on my most recent trip to Argentina – a veritable peak time stormer! So, please tell me the secret? How do you go about writing a huge track like that? What’s your process?

Fairmont: Thanks so much for those kind words Nick, it means a lot, especially coming from you. I think, for me, the successful tracks, the ones I bother finishing and don’t end up in the bin, start in one of two ways. I either come at it from a basic loop or groove that’s going to lie underneath the main elements, or I have a specific melody or hook that pops into my head that I can build on from the opposite direction. In both cases, once I have confidence in what I hear. the rest falls into place quite easily. Passing that initial “is this shit or not” phase is the biggest hurdle. In this case I started with the simple, monotone bass line and the percussive synth that plonks at the end of every two bars. I had already finished the other songs of the EP and I noticed both tracks were quite dense, so I thought I should rounds things off with a third cut that would have a bit more space in the main groove. Once I was happy with those two elements, I just relaxed and had fun, coming to the main synth hook by just jamming around. I definitely fussed over the other two songs much more than that one, so it’s really interesting to hear it was the stand-out cut for you.

Nick Muir: I would be very interested to know your opinion on hardware vs. software – do you use outboard or are you all “in-the-box”? Do you think it makes a significant difference? And, a sub-question to that, are you a heavy user of modular synthesis?

Fairmont: I was always a huge analog synth guy, a hardware guy. I come from that background. I come from an era in which that was standard, but I’ve ended up going completely software in the studio over the past few years and I’m really enjoying doing everything in-the-box. The convenience of being able to come and go from songs and save all the settings etc. is so amazing. It’s very good for my stress levels! Knowing that I can always change something makes decisions so much easier to make. I’m having more fun compared to a few years ago. I was hesitant to ditch my analog synths because I had always relied on them, but I realized I hadn’t had fun since the pre-computer days. I think for me I can either be all computer, or no computer, but nothing in between. I can have lots of fun on a bunch of gear, running through an analog mixer into a DAT, or just being inside my DAW, but I hate mixing the two worlds. It’s a great realization for me, because I’m enjoying the process more than I have in years and I’m just as happy with the sound.

Nick Muir: Going back a while, are you able to identify the moment or chain of events that inspired you to take your involvement in creating and playing music a bit more seriously? Did it take a while after that for you to gain traction as an artist or was the process fairly swift?

Fairmont: By the end of high school I knew I wanted to make and perform techno and that nothing else really mattered, but it seamed so far-fetched to me at the time. The labels that I followed and the artists that inspired me were all in Europe, which seamed very far away at that time. I had a few bits of gear and had developed my own sound, but I had no connections to people in the scene, because none of my friends were into electronic music. I got this gig at a pub to play live and a local DJ named Jeremy Caulfield was the headliner. Jer was just about to start his label Dumb-Unit, which would in fact go on to grow quite a bit and get some serious respect. Jer was like, “You have something special, you should be making records and touring. The thing that everyone wants, you have it.” Within a few months we were releasing records and playing in Europe. Jer gave me the confidence to get off my ass and put myself out there. He’s a solid friend to this day.

Nick Muir: As I understand it Jake, up until 2014 your shows were as a live act, but now you also play a more conventional DJ set as well. Have you any thoughts about playing dance music live versus DJing? Can you point to things you like about each way of playing and which do you prefer?

Fairmont: When I first discovered electronic music I saved up and bought some turntables, which was a kind of standard place to begin at the time. But then I got into synths and I had to make a choice, because I couldn’t afford to collect records and build a studio at the same time. So it wasn’t that I was not interested in DJing, it was just that vinyl was expensive and the whole CDJ/USB thing wasn’t around back then. Eventually I got really good at playing LIVE and built a reputation for it. I felt I couldn’t just start DJing without being good at that too, so I took my time to figure out how I was going to approach it. Now I’m equally comfortable on both. Playing live is very special, but it’s also a pain in the ass, so I like being able to do both. I don’t get bored, but I also don’t get burned out.

Nick Muir: Lastly, would you share some of your musical influences from over the years – artists or tracks that played an important part in your deciding to get heavily involved in the scene? And how about contemporary works or artists that you rate highly?

Fairmont: I discovered Techno first through early Plastikman records, but then more deeply though German labels like Kompakt. In terms of influence and inspiration though, it’s always been about sharing music and ideas with friends.