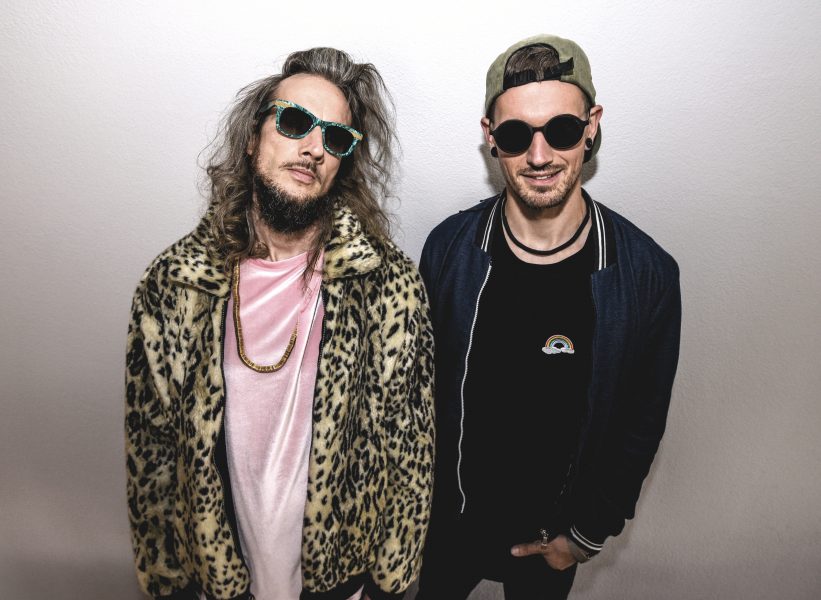 It’s been a busy year for Monkey Safari, with a new album ‘HI’, a packed tour schedule and some fresh releases on their label Hommage. With the sun shining across Europe, sending temperatures soaring and putting smiles on everyone’s faces, the duo announce a new avenue for their music… HOVSE.

With fresh, retro-inspired artwork HOVSE acts as a sub-label to Hommage, giving Monkey Safari a space to express their love for that true, classic house sound. Dancing, smiling, laughing and simply having a great time – it’s what house music is made for, and this is what the guys feel every time they’re grooving in the studio. The duo love to play and make house music, after all it’s the foundation of our scene.

During the early days of summer 2018, when the sun first began to bless us with its presence, the guys got busy in the studio, having fun like they always do – inspired by the summertime. They channeled the positive energy of the sun into ‘Greenhouse’, a funky, disco-infused house cut that creates instant vibes on the dance floor. It’s been roadtested and consistently proven to inject dancefloors with that unmistakable energy that only disco can produce…

You can listen the full premiere of ‘Greenhouse’ exclusively on When We Dip while reading the short and sweet interview they gave us. Time to groove, boppers! Let’s get hot and sweaty in the Greenhouse.

WWD: After your Summer album ‘’HI’ you’re back with another happy track ‘Greenhouse’. Seems like you guys are constantly on a roll! Where and when was the idea for ‘Greenhouse’ developed?

Last year at Dekmantel Festival we had a really impressive time at this stage called ‚Greenhouse‘. The vibe was outstanding. We have been touring for years now but there are not many places in the world with this high level energy crowd. After the festival we were really inspired so went straight to the studio and worked on a greenhouse track full of vibes and positive energy.

WWD: ‘Greenhouse’ sounds much more housey than your other songs on Hommage. Why did you launch the sub label HOVSE? Tell us about it!

We love and listen to house music since we’re listening to music in general. Sometimes we just have a little bit of fun in the studio, jamming and sampling disco stuff, creating tracks and bootlegs for some special moments on the floor. We thought it is the right time to release some of these tunes. But with the profile of our mothership ‘Hommage‘ it could be really confusing for our listeners releasing deeper and melodic techno stuff in July and disco house tracks in august so we decided to start this little fun sub label ‘HOVSE‘.

WWD: What can we expect from the label in the future? Are there already any other releases planned for HOVSE?

Nope, nothing planned yet. We have tones of fun tracks in the pipeline and a lot of friends who produce great disco stuff, so of course we think about releasing more in the future but for now we’ll enjoy the summer and the pool parties 😉

WWD: Any other upcoming projects for you guys you can tell us about?

For the rest of 2019 we will release some remixes on Get Physical and Bedrock as well as the ‚HI‘ remix album on Hommage. Also working out an EP on Get Physical for 2020 and more which we can’t talk about yet…