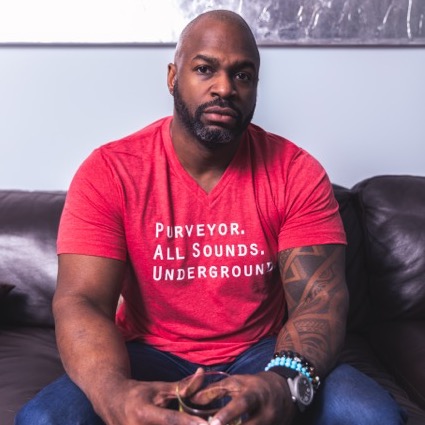 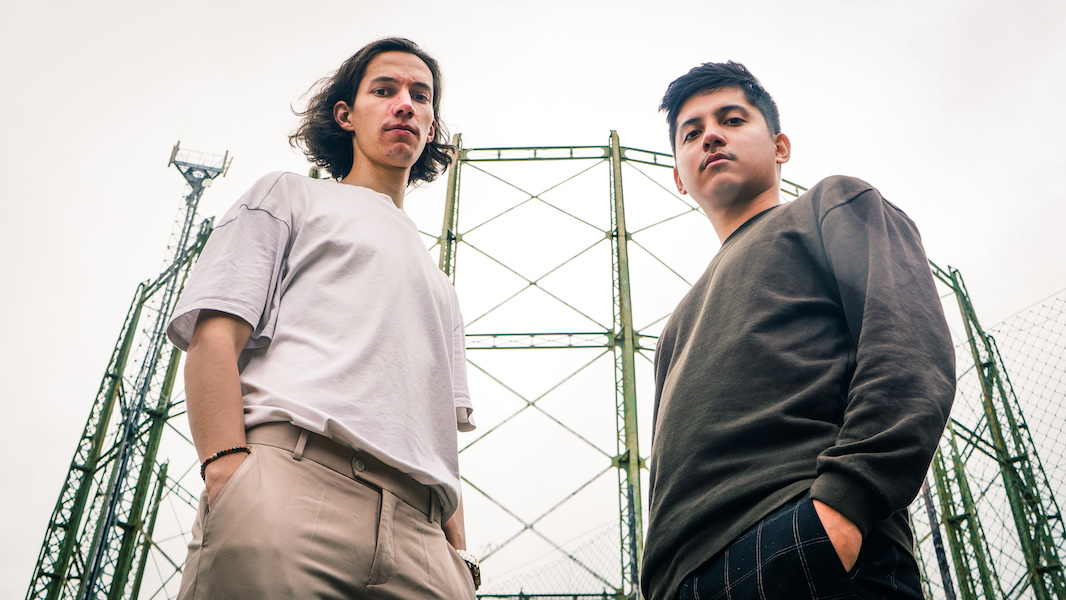 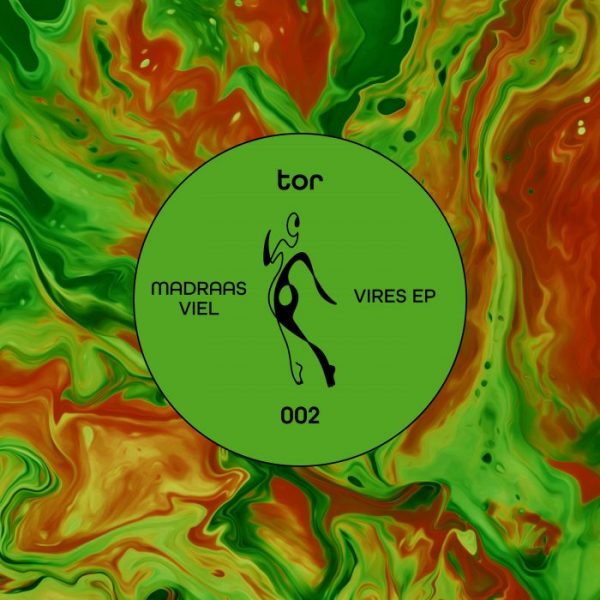 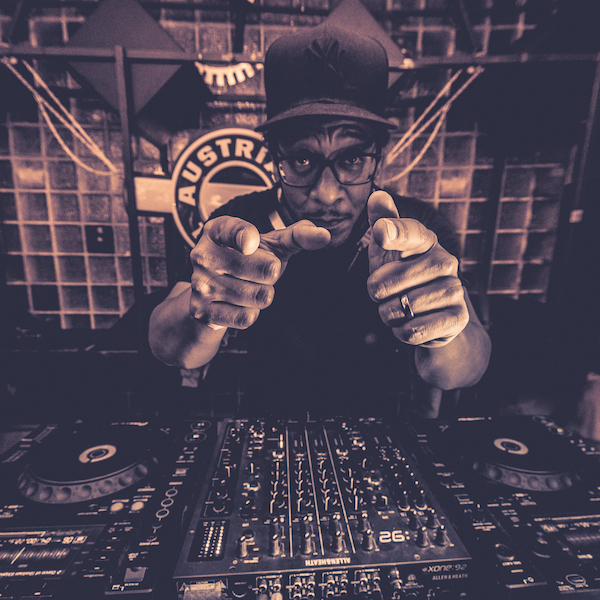 Demuir’s eclectic house sound exudes funky, sexy and soulful beats that are consistently recognized and sought by fellow artists and dance music fans around the world. Hailing from Toronto, Canada, Demuir started off as a child playing around on his Dad’s Hammond B3 organ, before beginning to play music seriously at the age of 16, with skills covering the keys, bass guitar, drums and percussion instruments. He first fell in love with house music after hearing Derrick May’s “Strings of Life”, and by seeing May, DJ Sneak, and Mark Farina at Industry, the legendary Toronto nightclub.

We had a talk with Demuir about his production process, his summer tour, upcomig music and more. You read the full interview below while listening to a recent set of him.

WWD: Hey Demuir, thanks for chatting with us. How has your Summer been

The pleasure is mine and thank you for having me!  This Summer has been nothing short of amazing between the quality of music and labels I’ve been releasing on and equally pleasing gigs.

WWD: What is the Toronto scene like for dance music? Are there any particular artists or labels that are up-and-coming from the city?

As I have often said in past interviews, Toronto’s diversity and its’ influence on the city’s culture and dance scene has always been great.  This same spirit continues today with key venues that support House music and Tech based genres.

Nest nightclub and One Loft are traditional “Go To” venues for house music where internationally recognized Coda hosts DJs that play the full gambit and a quality sound system to boot.  I had the pleasure of making my debut at Coda in a B2B set with Josh Butler, truly a memorable and gratifying experience.

In the Summer, Sunnyside Pavillion and Palais Royale have proven to be beautiful outdoor venues that can easily find cover if rain decides to fall. As far as upcoming artists, some are new and already familiar in the scene doing work locally and at an international level.  People like Nick Holder, Chris Larsen, Hatiras, and Flipside.  I would say Chris Larsen is breaking out more internationally with quality releases / collabs with Gettoblaster and a release on Lee Foss’ Repopulate.  It’s the kind of thing that makes me happy and humbles me at the same time.  All love here.

WWD: What / who were the DJs, clubs and labels that introduced you to the scene growing up?

My parents were mad strict so I didn’t get to rave like all the cools kids back in the day, but they were ultra supportive of me making the music that got played there.  LOL.  Go figure!

Stickman Records, Aquarius, 83 West, and Nick Holder’s DNH label openend my perspective on how Toronto based labels could influence the world.  That music introduced me to the DJs that were playing it like DJ Sneak, Armand Van Helden, MAW, Richie Hawtin, and Derrick May.

WWD: You learnt keys and percussion from an early age, unlike many producers. How does this affect your production process?

Funnily, I had a similar discussion with DJ Mag America recently and I can say having this skill set introduces a presence of soul into my production process.  It also deeply affects how I hear music in terms of things to combine, twist, shape, or chop when it comes to sampling.  Simple things like ensuring a song and all instruments are in a proper key as well as building a complimentary arrangement for the listener and DJ.

WWD: You went on tour in Australia with Greco at the beginning of summer. How did this come about?

This came through an up and coming Australian based label called Refuge, which both Greco and I did original and remix work on.  The label is owned by Oscar de Lima who is both a stand out guy personally and professional in this industry.

Oscar has solid relationships with the Artist Dispatch team in Australia and organized a memorable experience for us.  It was great!

WWD: Which show stuck out as being the most exciting?

I enjoyed all the shows, but the Day Spa party was a stand out from it’s weekly themes to punters who go to get down in the grimiest fashion.  It’s a modern day Studio 54 imo and they’ll take whatever you throw at them if done properly.  I can’t wait to go back!  I must also say, The Flinders in Sydney was great too  because the place oozed of a true underground appeal with the walls and ceiling sweating and 18 to 25 year olds being so knowledgeable about this music from way back.

WWD: How do you tend to prepare for your sets?

I tend not to overthink what I’m gonna play.  The room, people. vibes, weather, and moon determine all of that.  From a technical perspective, I like to keep it fresh and have assigned folders / playlist (via Rekordbox) that highlight promos and demos I want to play.

As a DJ, I just don’t think it serves anyone well when you show up with a prescribed set of moves without knowing what’s going on.  That’s like entering a negotiation under the premise of pure assumptions about the other person and hoping for a successful outcome. It just doesn’t work that way.

WWD: You’ve recently had some big releases on Hot Creations and Desolat. What was your mindset like when approaching both of these?

Great question.  I never make music for a particular label.  I make it based on whatever I have going on in my life with the belief the right label will come to it.  Don’t get me wrong.  My manager and I would never present music to a label that would not fit, which would be disrespectful of that A&R person’s time, but we don’t try to define ourselves based on a dope label.  Control the things you can, which is mastering your craft.

I’m so grateful that both Hot Creations and Desolat connected with the songs and saw opportunity to support it the way they have.  Interestingly, Jamie Jones heard, “Rawness – Beat 3” about a year and a half ago and turned it down only to come back to it and release it with new tracks I had.  Also, Loco Dice surprised me with his selection of “Yuh Chat Too Much”, which is drenched is hardcore Jamaican patois that he understands.  No other song, to my knowledge, is like that on Desolat.

WWD: You’ve also had a remix for Fools Gold come out back in June – how do you approach remixes? How do they differ to your original productions?

Remixing Hero’s “Stay The Night” brought me back to my Hip Hop roots in terms of approach because Hero had lost the project due to his computer crashing.  This meant that I had no access to the individual instruments (parts) that would normally be available to create a remix.  So, I chose to select a part of the song that I could chop and flip.  Thankfully, that worked out.

When it comes to remixing vs. my own production the lines are fairly close. My general approach to remixing is to bring my own unique vibe to it.  I’m not trying to be lazy by adding a snare or a cowbell and then calling it the day!  I rather look for signature reference parts that anchor back to the original and then add my own flavour to everything else.

WWD: What is your go to piece of kit in the studio? Are you a hardware guy or do you stay inside the box?

Lately, my go to has been my Moog Subsequent 37 and the Arturia Matrix Brute because of how they sound and the serendipitous level of creativity always had with them. If you had asked me 5 years ago, I would say I was more of an inside-the-box producer, but that has been changing over the last 2 years because I’m convinced by the richness in sound in hardware.  Therefore, I’m in between places with a bit of a bias to hardware.

My Derrick Carter-esque swinging sub basslines all come from that Arturia Minibrute.  So the hardware game ain’t going anywhere out of my studio anytime soon.

WWD: What else are you looking forward to right now?

I’m very excited about my coming release on Josh Butler’s Origins label, which I think has a bit of something everyone and also includes a collab track with Paco Wegmann.  Equally excited is my debut release on Detroit’s Swindle’s Heist label, which is a label and sound I have long admired.

On the production tip, I just bought a fresh new stack of records to sample and looking forward to finalizing a few beats I’ve short listed for my 2020 schedule.  I love this part of the creative process!

Touring wise, it was exceptional to play the main stage along side Lee Foss at Electric Island in my hometown recently and looking forward to playing in San Diego, Coda in Toronto with my man Nathan Barato, and Catz ‘N Dogz in the UK!  Also having a joint label party at the W Hotel in Amsterdam for my label Purveyor Underground alongside Junior Sanchez’s Brobot Records.

Exciting times that I’m immensely grateful for.  Thank you again for the chat!