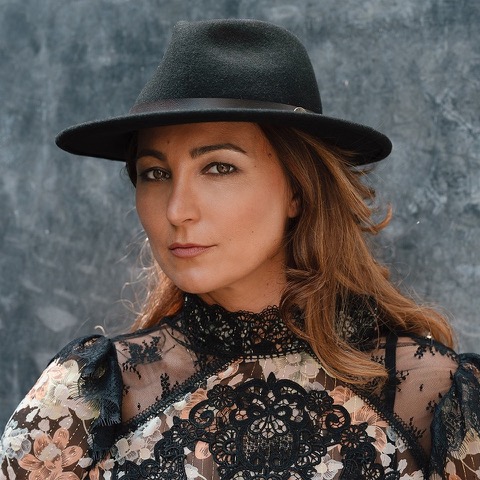 Not many people knew that Magdalena has been part of the Diynamic family since the very beginning, but initially chose to remain in the background. For long years she used to run the label’s renowned EGO club in Hamburg, getting acquainted with every aspect that was essential to a good party. With constant contact to the scene’s most prolific artists, she soon discovered her desire to get behind the decks. After starting her own regular night at EGO, word got out and her calendar began filling up with bookings in clubs like Berlin’s Watergate, London’s EGG or Ibiza’s Pacha, as well as worldwide Diynamic Showcases and Festivals.

As she is someone who always puts in 100%, it was obvious that she could only pursue one of her passions – EGO was closed at the height of its success. What remains is the annual EGO AIR, an outdoor event series in summer that she hosts in her hometown Hamburg.

Magdalena’s past as a booker and club manager might have given her those crucial skills that every DJ needs: knowing what the people want, reading them and reacting to their needs, while simultaneously directing those needs in a path that you have laid out for the night. Or maybe she’s just a natural.

Her musical taste, along with the distinct mixture of sociability and serenity in her character are amongst the reasons why she is so popular on Ibiza – 2016 saw her first very own residency on the White Isle along with a regular radio show on Ibiza Sonica Radio called “Magdalena’s Pony Farm” – a reference to her “ponies”, the group of party girls that accompany her at every party and after party she visits.

Magdalena also recently announced that she will host a new party called Shadows that will be first held on the famous Sound-Fleet boat Party on October 17th during ADE with Kompakt label head Michael Mayer, plus Gheist and Tom Zeda joined by a special guest. These parties are all about melodic, progressive, emotive house and techno and the setting couldn’t not be more special for this first edition.

WWD: Why did you decide to do your own party? It must be hard work and stress!

I wanted to have the different vibes of day, sunset and nighttime, proper production and high quality music. I’m happy to report that it’s been going really well so far and I absolutely love the SHADOWS concept, it’s been really fun to take the reins creatively a bit.

WWD: What was the thinking behind it being a free?

WWD: How has it evolved this year, what was new?

This year we took SHADOWS international for the first time. We had an amazing first party in Tulum as well as bringing it closer to home with gigs in Zurich, Hamburg and Berlin.

WWD: And what have been some highlights or standout moments that really amazed you?

Opening SHADOWS is definitely a highlight because of all the work that went into it, Solomun turned up to play and there was a huge crowd. Another highlight would have to be when did SHADOWS in the jungle of Mexico, I was playing alongside Anja Schneider and Nicole Moudaber – two women who I look up to tremendously – I had a bit of a proud moment.

WWD: What else have you got coming up/are you looking forward to?

I can’t reveal too much, all I can say is that you haven’t seen the end of SHADOWS yet.

WWD: Do you play differently in summer vs winter, when its darker and colder?

It really depends on the party. If it’s earlier in the day or a festival, I might keep a lighter vibe, whereas I’ll dig into my harder techno at late night parties where the crowd is really going for it.

WWD: Where else can we catch Shadows outside Ibiza?

You can catch SHADOWS at ADE this year setting sail for a very special boat party with Michael Mayer, GHEIST, Tom Zeta, myself plus a special guest!