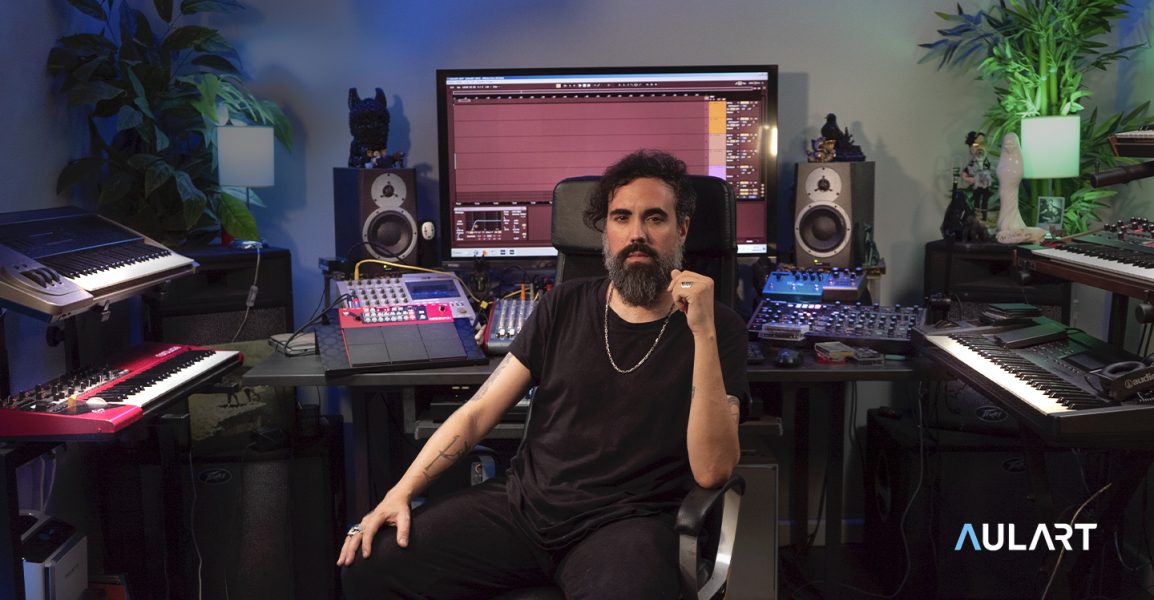 On November 5th Aulart Music Masterclass, an educational online platform specializing in electronic music, announced the release of a Henry Saiz masterclass entitled “Music production: from studio to stage”. In this more than 5 hour long masterclass the renowned DJ and producer Henry Saiz shares his production and mixing secrets with Aulart users.

In this masterclass that is divided into 13 chapters, the internationally renowned DJ, producer and remixer Henry Saiz opens the doors of his private studio in Alicante for the first time ever and exclusively for Aulart users.

Henry Saiz is one of the brightest talents in electronic music scene. His productions combine modern club sound and 80’s pop or progressive rock. In this masterclass, recorded in his private studio, users will discover the production techniques and secrets that allowed Saiz to perform at festivals such as Sonar, Glastonbury, Ultra, EXIT, Creamfields or Global Gathering.

The masterclass is available at www.aulart.com starting November 1st for € 59.00 for everyone who registers on the web. Here’s a glimpse of what you can expect:

The Aulart platform has finished filming 4 new masterclasses that will be published before the end of the year. Following a successful last year campaign, Aulart has prepared a few surprises for their users on the occasion of the upcoming Black Friday.