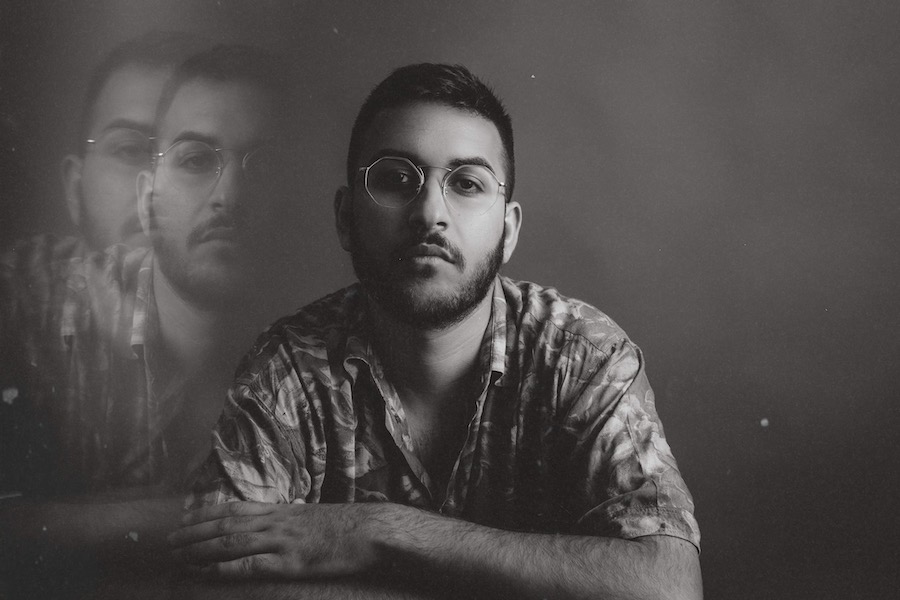 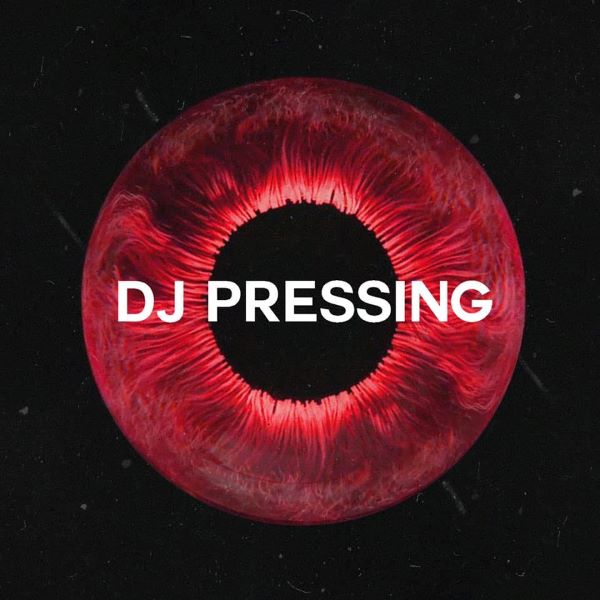 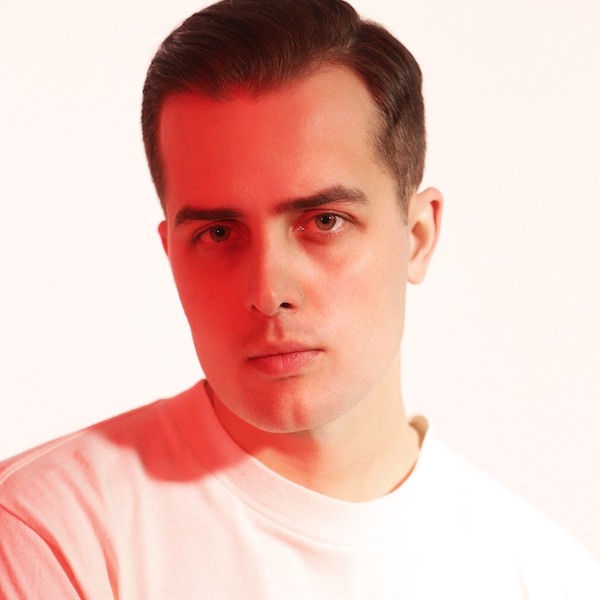 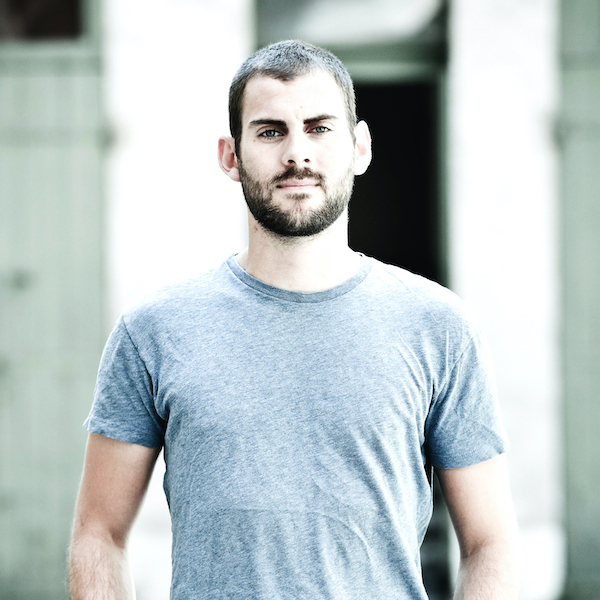 Kadosh on his microcastle debut, the state of the industry and more [Interview]

Rising out of Israel’s electronic underground and making their microcastle debut are Kadosh & Nariz. The former sits as one of his country’s most highly touted artists. In relatively short order the Tel Aviv resident has found a home on Innervisions, Watergate Records and Aeon, while also receiving praise from Ame, Dixon, Adana Twins, Frankey & Sandrino, Denis Horvat, Lehar,Toto Chiavetta and more. Also calling Tel Aviv home is Nariz who is a regular at some of his country’s trendiest venues such as The Block and Forum. Having recently partnered up with Kadosh, the duo released their first joint production c/o Stereo MC’s Connected Frontline imprint. With forthcoming music also signed to TAU, the duo continue to build on that creative synergy with their microcastle debut alongside remixes from Ruede Hagelstein and Monkey Safari. On the cusp of the release we had a chance to catch up with Kadosh in this exclusive interview. Enjoy!

WWD: Hi Kadosh, thanks for sitting with us today! Tell us, what does a studio day look like for you?

Hi guys, thanks for having me he here. A studio day for me is usually around 5 hours of work, I am trying to do it at least 2-3 times every week depending on how many I gigs I have during that week.  I am opening it with a coffee and listening to music that I like and then everything starts to flow.

WWD: What’s been on your to-do list this week?

Wow, a lot of things are going on. Finding a new apartment, finishing a remix, to finalize all the routing of my November tour and changing the status of my business from exempt dealer to licensed dealer.

WWD: Tell us more about your story. How did you discover electronic music and what led you down the path of wanting to be a producer and DJ.

I used to DJ Hip-Hop music in a club that usually had Deep House and Techno parties, I heard the music at one of their nights and fell in love with it. Everything happened fast, I wasn’t thinking about it too much, just started to play this style and produce music so everything happened quite naturally.

WWD: At which club or event did you experience electronic music for the first time and what memories have stuck with you from that moment?

The same Club actually, the legendary Cat & Dog in Tel Aviv, Definitely one of the mythological clubs of the city. There were a few events that had a great impact on me but I think the one with Dusty Kid during a midweek day was the most important one, he really blew my mind.

WWD: Can you name five tracks that were influential in your musical development?

WWD: How has living in Tel Aviv shaped your sound and career? Has it had an impact on the music you produce?

Interesting question, I think it had an impact and still has but it’s hard for me to point out how it reflects in my music. Also, I think that even the weather, food etc also have an impact on the way people create music.

WWD: You have a new EP alongside fellow countryman Nariz out on microCastle — ‘Orot’. Tell us a bit about the EP and how it showcases your individualities.

The EP is called ‘Orot’ (the meaning is ‘Lights’ in Hebrew) and includes 2 original tracks barring the names ‘Orot’ and ‘Deep Valley’ and two remixes, one from Ruede Hagelstein and the other is from Monkey Safari.  I think the EP showcases my individuality with the minimalistic vibe (especially ‘Orot’). I adhere to minimalist aesthetics in many aspects of my life.

WWD: You’ve collaborated with some artists in the past, Santiago Garcia and Yost Koen come to mind. How did yourself and Nariz meet and begin collaborating?

Ron and I know each other from Tel Aviv nightlife scene, a few years ago Ron sent me few tracks that he wrote and I really liked his approach to music, since that moment we became good friends and got into the studio together.


How do you work as a duo in the studio?

It changes from time to time, sometimes one of us is writing a groove or a melodic part and then send files back and forth and other times we sit and start everything together from scratch.

WWD: We’re very excited to share the full premiere of the Monkey Safari remix of ‘Deep Valley’. How did they come to remix the track?

Thanks for the premiere! Two years ago they were doing parties on a regular base at Ipse Berlin and invited me to play there, they were nice and kind, later we kept in touch, sent each other some demos and then the idea of a remix came up. They are super lovely guys and I’m glad they were willing to remix our track.

WWD: The lead track ‘Orot’ has been getting quite a lot of attention and play, walk us through the production process on it and why did it feel like the right track to lead the release?

It’s true, ‘Orot’ is on the USB of few DJs for almost a year. Actually we wrote this track quite fast, I built the main groove part, then we wrote the main parts together. We played this track and sent it to a few DJs that we like, it worked really well since the first moment, we got great reviews and feedback from everyone who played it but still, we felt that we are missing something in it. especially in the mix. Even though it was already signed to microCastle and the label liked it as it is we decided to get back to the studio again and finally two months ago we finished it. Thanks to our good friend Lonya for helping us complete the mix.

WWD: Is that a typical process for you or is every track a different journey in terms of the creative process?

For me, every track is a different journey,

WWD: What made microcastle the ideal home for this EP?

WWD: Releases on Innervisions, microCastle, Watergate and Aeon. You’ve accomplished so much in a short amount of time. What’s your secret? Tell us how you managed to rise so quickly.

I try to stick to four rules, not only in music but in everything I do in my life: perseverance, self-discipline, patience and optimism.

WWD: I think for a lot of artists music allows you to write a sketch of your own personal universe in a way; your travels, life experiences etc. Is this something which is true for yourself? Where does inspiration come from?

Of course, this applies to me too. Everything I do in my daily life affects the music I write in the studio and play. I think this is valid for any musician.

WWD: Is there a movie you would have loved to have produced the soundtrack for? And if so why?

I don’t have a particular movie in my head, and I haven’t seen any movies or series in the last two years. Maybe only once on a plane 🙂

WWD: Is there a side of yourself which you wish to explore more in your upcoming projects?

Yes, there is such a side – jazz. I think you’ll hear it in my upcoming productions.

WWD: Describe one or some of the best sets you’ve played in your career. Where was the venue and how was the vibe? Do you often feel inspired to make music after being on the road?

There were quite a few sets like this year in fact.  I try to create a special experience and leave my mark in each one of my sets. Sometimes it is more successful and sometimes less, but I want to believe that it happens very often. I can point to a set I had earlier this year at a club called MS Zufriedenheit Club In Wurzburg. There were so many special moments and the crowd was so energetic and hugging, I played for about 4 or 5 hours until the owner asked me to shut down the music to make the people go home.

WWD: If you could go b2b with any artist, in any club, who and where would it be and why?

I think it would be Christian from Âme at The Block club in Tel Aviv, I heard him playing there and really connected to his selections, he played a set that was tribal, tense and dramatic in the best way. In general, I think he is one of the best DJs in the world and I would be more than happy to play together with him someday.

WWD: What is the one piece of advice you give now that you wished you could have gotten five years ago?

WWD: There are a lot of factors which affect the perception of an artist other than his music these days, social media for one, how much emphasis do you put on stuff like this? and what are your thoughts on the current state of the industry and what are the biggest challenges you face as an artist?

You could say I put a lot of effort into my social media. I usually send my posts to my management before I publish them and we review them again and from time to time invest sponsored promotional budgets for important publications.

I think the current state of the industry is excellent, there are loads of exceptionally talented artists, the amount of festivals is just growing and the audience of people who consume Deep House to Techno is incredibly wide. The challenge for me is to constantly reinvent myself and still be true to myself in the environment of so many talented and good artists.

WWD: Apart from music, what makes you happiest?

I really like cooking and of course, travelling and seeing nature at its best.

WWD: What can we expect from you for the rest of the year and in 2020? Any releases or special dates we should be looking out for?

Lots of new music is coming soon, I can’t tell you everything yet but I can say that there are few collaborations with artists that I admire like Re.You and Armonica, remixes from my friends Lehar and Musumeci and a special compilation that I put together with Ivory during the last 7 month and is planned to be released soon on my label Frau Blau, That’s just what I can reveal for now.

WWD: Cheers for speaking to us today Kadosh !