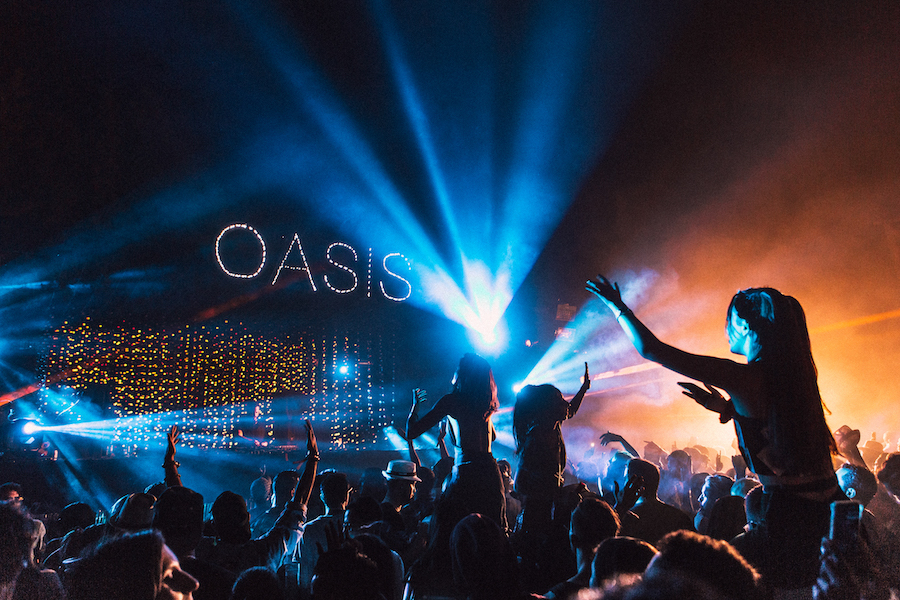 Oasis Festival today reveals the first wave of acts that will be playing the Marrakech festival’s sixth edition this September. Since its inception Oasis has established itself as North Africa’s premier electronic music festival, earning a reputation for pairing incredible cutting edge music with the unique culture, traditions and art of its home city and continent.

Oasis line-ups have always blended international headliners and North African rising stars, 2020 will be no different with Honey Dijon, Solomun, Hunee, Ben UFO, Identified Patient, Perel, KiNK and others joining Moroccan talents like Fazee, Jilaa, Malika and Myriam. The festival has been a catalyst for the local scene, exposing international audiences to African artists, labels and crews.

In recent years, Oasis has expanded beyond the electronic genre to include unique live performances and global hip-hop beats. The festival has become a gateway to explore the vibrant culture of North Africa and the continent, with Oasis broadening its programming through partnerships with fashion and art collectives, including Art Comes First, who will return in 2020.

Oasis takes place in a truly magical setting, a short drive from Marrakech’s famed medina, perched under the watchful eyes of the majestic High Atlas Mountains. Attendees can get lost amidst the date palms, villas and cactus gardens of the intimate festival resort grounds while enjoying on-site swimming pools and yoga sessions, and experiencing ancient local traditions such as tea ceremonies and hookah, as well as the region’s famed cuisine served by handpicked local vendors.

Oasis’ headliners cross the electronic music spectrum, and the phase one line-up contains an equal gender split of male and female performers.

House music icon Solomun returns as an Oasis firm favorite after a mind blowing performance in 2017. The Diynamic label boss has gone from strength to strength since then, famed for his extended and wide ranging sets, he has become one of the world’s most revered DJs.

Solomun will be joined by two other Oasis faves, global house superstar Black Coffee, who has emerged as Africa’s most visible electronic champion, through his own productions and DJ sets, as well as collaborations with the likes of Usher, Drake and Jorja Smith. Honey Dijon’s second Oasis performance finds her truly at the top of her game, a DJ who remains beloved at the world’s best underground clubs and festivals for her high octane sets, but is also expanding her influence with an upcoming collection for Comme de Garcons.

Hunee will also make a return to Oasis, truly a DJ’s DJ, deeply associated with Amsterdam’s Dekmantel, his obscure house and disco selections have made him one of dance music’s most joyous presences in the booth.

As ever, there will be plenty of selectors making their Moroccan debuts at Oasis. The Korean super star has taken the world by storm in the last few years, little surprise given her talent, taste and charisma. A force of nature in and outside of the booth, the polymath is one of the few DJs who could collaborate with Louis Vuitton and Nike, while delivering a coveted DJ Kicks mix in the same year.

Other Oasis debuts include Ben UFO, who will bring his renowned technical precision and wonderful eclecticism, and the pioneering DJ Seinfeld, showcasing his unique take on house music. They’ll be joined by Margaret Dygas and Tama Sumo, both of whom are long standing residents of Berlin’s iconic Berghain and Panorama Bar.

Oasis will also showcase live electronic performances, with KiNK, an analog producer and artist, who has dedicated over two decades of his life to pushing the boundaries of live electronica. He’ll be joined by Rodriguez Jr, the pianist taken under Laurent Garnier’s wing, whose emotive melodic house has seen him emerge as force for the Mobilee label and embraced around the world.

The first phase of Moroccan talent on the bill champions artists who are contributing to their national scene, and flying the flag for their country across Europe and beyond. Jilaa is a key member of the Rabat community, founding the Raw Origins label, and launching one of the city’s early house podcasts, before relocating to Paris. He’s since returned to Rabat and currently oversees the sqnc event series which has brought DJs like Rhadoo and tINI to Morocco.

Fazee is a European based DJ, whose brave, challenging and genre bending sets have earned her slots at revered international venues such as Concrete and Rex Club in Paris. Malika’s relentless crate digging led her out of Casablanca into a career as a full time curator and record shop hopper, her broad palette saw her make her MUTEK debut in 2018 and play clubs such as Robert Johnson and the infamous Club der Visionäre in Berlin. While Casablancan Myriam, who happens to be a psychologist as well as DJ, will also share her unique take on deep, melodic techno with the Oasis crowd.

Also announced in phase one are some of electronic music’s most exciting and upwardly mobile international artists including NTS resident and Ninja Tune recording artist Nabihah Iqbal, whose expansive electronic music has been heavily influenced by Africa. She’ll be joined by rapidly rising house star Innellea who’s become a favorite of powerhouse labels such as Innervisions and Afterlife. Rounding out the bill will be Dutch based techno envelope-pusher Identified Patient, Berlin’s DFA signee Perel, Concrete Paris resident Sweely, and one of the vital cog’s of Australia’s underground dance scene, Roza Terenzi.

The Oasis Festival delivers a singular adventure and a unique way to soak up the rich offerings of Morocco. By-day visitors can explore the history and vibrancy of one of Africa’s most exciting cities, and by-night enjoy three open-air stages of world class programming and unique local traditions set amidst the festival’s entrancing and intimate grounds.