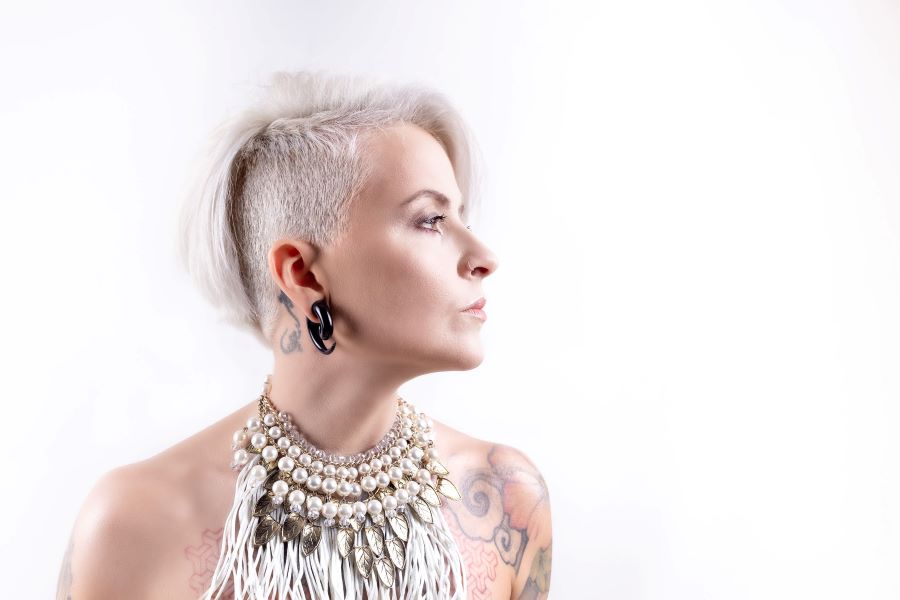 By releasing her new artist album on Renaissance Records, BLANCAh not only brings forth this which is perhaps the most solid and mature project of her career, but also consolidates a prolific partnership with the traditional UK imprint that so openly embraced the complexity of her artistic work.

It was two years of dedicated composition where she devoted most of her energy and the songs really express that as well as the brilliant artistic concept of Arias of Sky. An intimate testimony of all the love and appreciation she nurtures for her relations. Once again, she welcomes us to her unique world.

BLANCAh’s ‘Arias Of Sky’ is now on Spotify:

WWD: How was it that you managed to come up with this among such a busy schedule?

BLANCAh: Well, In between trips, gigs and tours, all my “free” time was dedicated to composing these 12 songs back in my studio.

WWD: This is unquestionably what you’d expect from a BLANCAh project. Sticking to your guns was part of the plan, right?

BLANCAh: Yes! Surely the main inspiration for the album is related to the artistic concept behind BLANCAh, the birds. For those who don’t know, BLANCAh is a bird, it was born a bird and everything that I produce, from the songs to the very artistic content the surrounds me is related to birds in every way.

WWD: It is also unquestionably one step you take further in your career.

Well, In 2016 I released my first album called Nest. It told the story of a bird that was afraid to leave the nest until a moment when it took off and faced the world. Now, 4 years later, I release Arias of Sky, the environment of this bird. So production, artistic concept and career moment all seem to converge.

“Sky” in this case, stands for a metaphor of her relations and the album is basically a testimony of love. It is possible to feel this special vibration right from the first song, “Afago”, which in English means “cuddle” or “caress”, where she features parts of messages received via WhatsApp from friends, relatives and even her parents. People she loves and that mean a great deal for her. So by that you understand that this whole album really is a journey into her intimate universe, her personal sky.