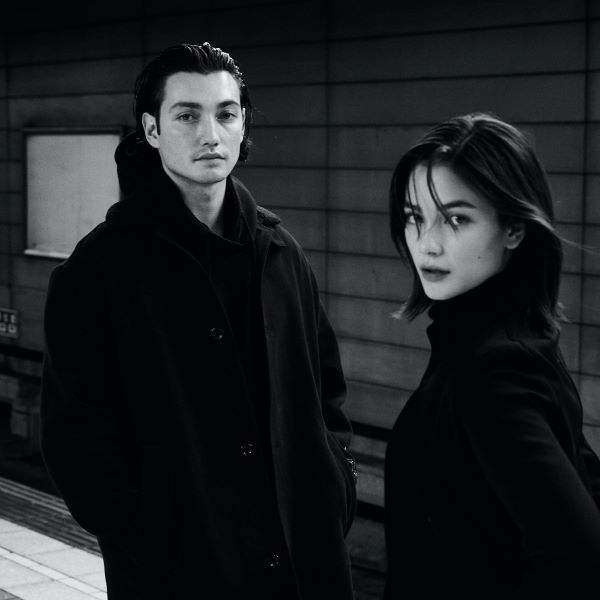 Lastlings have emerged as an unstoppable Australian act to watch over the last few years, carving their own impressive path in the melodic electronic space. Siblings Amy and Josh Dowdle have signed to major labels like RÜFÜS DU SOL’s Rose Avenue and most recently, Astralwerks, proving their mass appeal extends beyond the Gold Coast. In 2019 alone, the duo performed across Red Rocks Amphitheater, LA State Historic Park, and Coachella to name a few.Gearing up to release their debut album, Lastlings’ latest emotive single “Take My Hand” has earned recognition from tastemakers throughout the scene, including Totally Enormous Extinct Dinosaurs and Torren Foot – who they enlisted for a club-fit remix this week. Listen to Lastlings’ Prima Lux Mix and check out our Q&A with them below.

WWD: How does being siblings affect your collaboration process when making music?

It doesn’t affect the collaboration process too much. If anything it allows us to be brutally honest with each other which I think really challenges us in a good way. Occasionally we will have the usual bro/sis fights haha.

WWD: The dark escampsim tones on “Take My Hand” feel fitting for our current situation – what’s the inspiration behind the track?

Amy: This track was inspired by Makoto Shinkai’s anime “Your Name”. I wrote the lyrics after watching the film. It is one of my favourite animes. “Take My Hand” is about two people that are unprepared to let go of each other, but have to go their own separate ways. At the time of writing “Take My Hand,” the song was purely about the two main characters in the film, and the stories of other people (couples, friends, and so on). So much has happened in my life personally since writing “Take My Hand”, so I can definitely say that I relate to the song now.

WWD: You’ve had some really great producers remix “Take My Hand” so far. What was it like working with Torren Foot? How did that come together?

Yes! We have been so lucky to have Torren Foot and Totally Enormous Extinct Dinosaurs on board for the remixes. To be honest there wasn’t really any ‘working together’ involved on the remix. Our management organised it and we got sent the remix one day and was like “oh damn this is sick!” Easy as that.

WDWD: It’s a remix ripe for the dancefloor – what are some of your favorite clubs that you’ve played?

Josh: We’ve been lucky to play in some of Australia’s best clubs in the past few years. I actually started DJing before we started Lastlings. Elsewhere on the Gold Coast is our OG club where I actually met Torren Foot for the first time! XE54 in Melbourne was awesome to play, I got to do a bit of a techno set which I don’t normally get to do. TBC in Brisbane was also super fun to play and I’ve always had fun sets there, it’s unfortunate that they closed down this year. I was lucky to play one of the last sets there sending “Innerbloom” through the PA one last time as the last track.

WWD: You’re featured on the first episode of RÜFÜS DU SOL’s Rose Ave Radio show. Being on their label and having toured with them over the last year, do you have any standout memories or valuable lessons you’ve learned from the guys?

Amy: My standout memory was seeing them play at Coachella! I was insanely proud. There was a sea of people in the crowd watching. I just remember looking at Josh and we both had huge smiles on our faces thinking “This could be us one day.” I really look up to all three of the boys. I think the most valuable thing I have learned from them is patience. They have been working hard tirelessly for years and look at where they are now. I admire this so much.

Josh: One of my favourite memories was when we played one of our first ever RÜFÜS DU SOL supports in the Sunshine Coast. It was pouring down with rain and the crowd was absolutely incredible. Then we actually hosted the after party back at our accommodation which is pretty funny I think for the supporting act to do haha. They’re all lovely and humble people no matter how big they get and I think that’s one thing I’d like to stay true to as well as we (hopefully) get bigger.

WWD: And finally – your Prima Lux mix! Thanks for putting this together. What can we expect with this one?

Josh: No problem! Well I guess at the moment because everyone’s at home I wanted to make a mix that people can have a dance to in their rooms, but also maybe put on in the background while they’re cooking or cleaning or doing whatever really. I didn’t actually include any Lastlings songs or remixes in this one, however, these are all tracks that Amy and I love and are by some artists that really inspire us. Hope you guys like it!