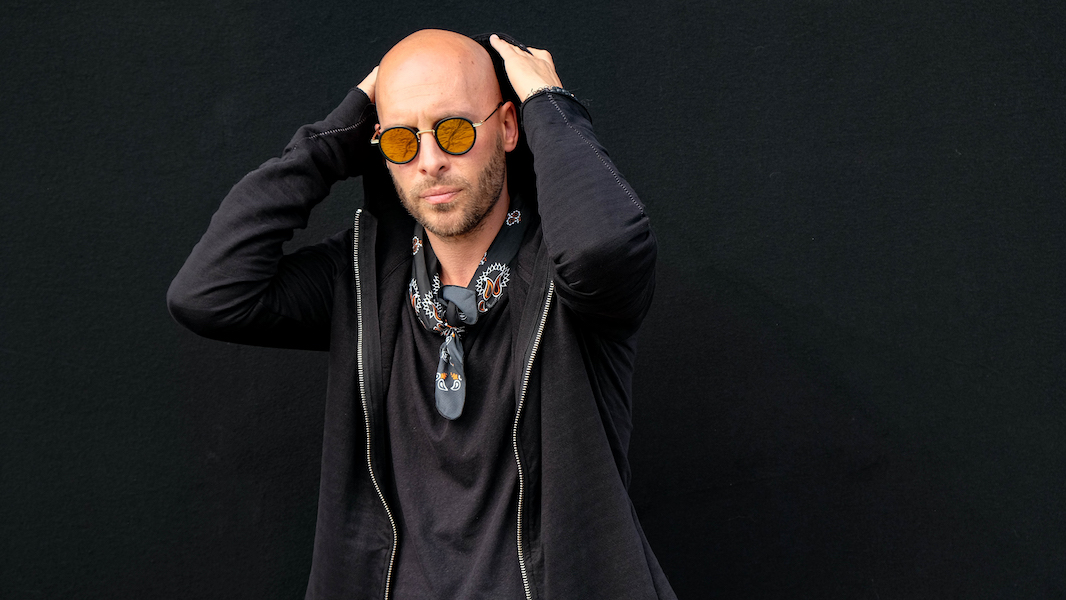 Over the past years Maxim Lany has created his very own acclaimed sound, which not only made him a household name, but also led him to do what he is most passionate about. Full focus on creating new music and expressing himself through his unique DJ sets where he takes the audience on a musical journey.

Maxim Lany is a Belgian DJ and producer and a well-known figure in the Belgian electronic music scene. Internationally, Maxim Lany has spread his sounds throughout the years all over Europe and Asia, building up a strong reputation.  (He is also a yearly guest at Tomorrowland, Extrema Outdoor and WeCanDance.)

After having released his music on Bedrock Records, King Street Sounds, Kittball Records and We Play House Recordings Maxim is now signed to Armada Electronic Elements with his new EP ‘Disruption’.

With his new release on Armada Electronic Elements called ‘Disruption’, the Belgian tastemaker offers fans exactly what they have been craving throughout these lockdown months: a slice of Melodic Techno able to blow the roof off of any (virtual) club.

A surefire way to get the crowd roaring despite the lack of parties, Maxim Lany’s ‘Disruption’ takes the attitude of debut record ‘Renaissance’ and repurposes it to forcefully break the silence. Built on a foundation of evolving synths, filter work and dark moods, this cut is without a doubt the best way to keep the club vibe alive.

Maxim Lany: “‘Disruption’ was born out of a longing for the summer season. I started working on it after a long studio session near the end of last year when the weather was all cold and wintery, and wanted to end the day doing something fun. So I had this big melody and started creating an ambiance and groove around it on the spot. That spontaneity, that drive to do something for fun alone, charged this record and helped me turn it into a track I’m really proud of.”

We had the time to have a little chat with Maxim. Enjoy reading while listening to ‘Disruption’.

WWD: Hey Maxim, great to have you with us today to chat. Congrats on your new release Disruption! Can you speak a little bit about the initial inspiration for this track and what the production process was like?

WWD: A lot of artists go through changes with their sound over time.. How has this been for you? Was the production process for Disruption similar to your previous work or did you focus on any other aspects of your music?

My workflow in terms of producing has been quite the same for the last years with a big focus on the dance floor but also in terms of sound scaping I know where I want to go. Of course there is a never ending evolution in sound and yes Disruption is a bit different in terms of production, but you can still clearly hear it’s me in all my tracks.

I’ve always had the opinion that one single is a step toward the next. That’s why my approach to producing has always been one geared towards long term outcomes. With each release, I’m open to progress, feedback and even criticism. By being this way, you can evolve and learn, and ultimately become better. As a producer, my long term goal is to always improve.

WWD: What attached you to Armada Music as a label partner for your music?

I wanted to find a home where I could feel at home and where family is important. I also wanted to work with experienced people and a team that knows how the business side of the music industry works. I’m open to learning from them so this was a match made in heaven.

WWD: Have you received feedback from other artists on your new release and do you often find it helpful to test your music with other artists before it gets released?

Yes, I always test my music (not anymore unfortunately given the current situation) on the dance floor and I always make sure a few of my colleagues do the same. It’s super important to know if a track is going to work in order to plan the release carefully. Of course you can never know beforehand how things will go but we usually have a good feeling of the direction things will go.

WWD: What are some things that have kept you grounded during these unprecedented times? Both musically and otherwise?

ML – One thing above all other things that was and still is the hardest, is meeting new people and being put outside my comfort zone when touring. Now the routine kicks in it’s a challenge to overcome and stay creative. The good thing with this lockdown, quarantine etc. is that we started to work differently and also collaborated with a lot of people I think in the normal world we would not be in touch with. I must say a lot of good opportunities have come from this.

WWD: We’ve seen you do some spectacular livestream sets lately. As an artist who’s used to playing for bigger crowds; can you share what the differences in experience have been for you now having to play solo in front of a camera?

ML – It was of course something totally different but once I understood what it meant to people I started to enjoy doing the livestreams and we tried to set the bar higher with every livestream.
It is not the same as with a real crowd but it’s good to be able to present something to the audience like this and to create a buzz, even if it’s virtual.

WWD : After this lockdown situation, are there any specific things you would like to do? Any specific festivals you’d love to play when things get back to normal?

ML – Yes, I’d like to keep the focus I have now and I’d like to work on even more overall quality in everything that we do.
In terms of gigs the team and I decided that the whole package must be there and that we would like to work with like-minded people as much as possible.