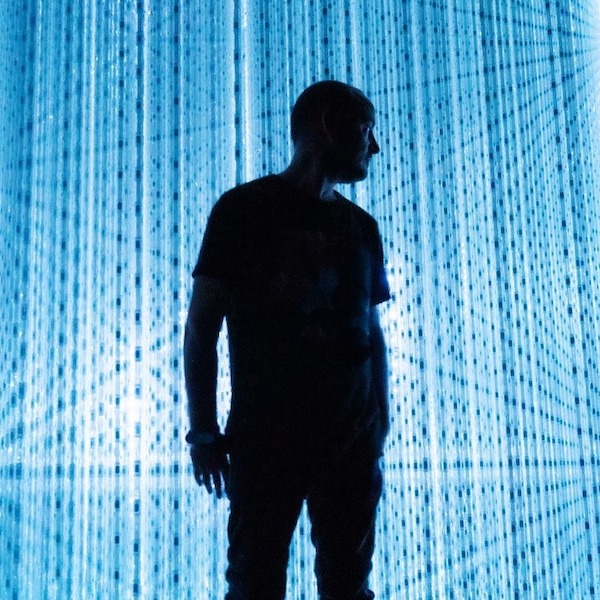 Dee Montero doesn’t stop. After an intense year playing across the globe whilst fitting in super-productive studio sessions from Bali to Belfast he’s back with a brand new record label ‘Futurescope’ and a launch single that’s been 18 months in the making called ‘Sapphire’.

Featuring the ultra-distinctive voice of former Prodigy vocalist Shahin Badar, ‘Sapphire’ marks the start of a new commitment for Dee in the shape of a label inspired by his career and born with reverence to the past, present and future. Futurescope stylises a look and feel that’s fresh and thought provoking by encompassing his love of retro sci-fi with a sound that’s cosmic in spirit, a touch surreal at times and very much crafted for the future. Which of course for Dee is just how he likes it…

“Aesthetically I’m creating something that’s modern and unique but embraces a retro-futurism and fantasy art style that harks back to 70s airbrush artists and graphic novelists such as Roger Dean and Moebius as well as concept artists like Syd Mead and Ralph McQuarrie from early Star Wars. As a teenager I loved that style along with early 90’s rave flyers and it definitely influenced me to start sketching and drawing more, and eventually to go on to study Visual Arts at University Of Ulster. That retro analogue look from the 70s and 80s always felt like innocent escapism to me, digital in a pre-digital world – simple yet full of promise. Even now the interpretation of the future from back then still feels magical, unconstrained and very inspirational. Looking back I guess I’ve been shaping things since then with my art and musical explorations, to really get to this point. It’s a lifetime project!

Technology although robbing us of lots of freedoms has also afforded us the opportunity to do so much creatively and now I’m able to combine my music with this retro style through sound and motion graphics to create an immersive audiovisual world without any limitations. And I think it’s a great time to bring nostalgia back into the modern digital realm. We’re bombarded with so much mediocrity these days, from soulless advertising, “influencers” and shallow distractions all littering our timelines, I think we all harbour a desire for a form of nostalgic escapism to another world!” – Dee Montero

Futurescope is more than just a label: it’s a mantra for a state of mind that he says he’s been lucky enough to feel and see in others and hopes to channel through the label. “Musically the sound will ebb and flow with ambient, electronica and cinematic sunset stuff to more melodic house and techno club tracks. It will be a difficult label to pigeon hole and that’s the idea, I want to keep it accessible and a sanctuary of sound to escape to whatever time of day or night.”

Like so many ravers in the 1990s, Dee found himself at warehouse parties and muddy fields listening to hardcore, breakbeat and pretty much anything that came out on 12” on XL Recordings. “My first rave was actually a Prodigy gig in Belfast in 1992, so it’s safe to say I was an early fan” which makes the story behind the labels launch track Sapphire so interesting: “It started 2 years ago while I was working in Bali for a few months. I’d sampled an old Shelia Chandra acapella that fitted perfectly over the instrumental but would have been impossible to clear. I heard ’Smack My Bitch Up’ one day and was drawn deeper and deeper into Shahin’s chant and knew I had to contact her. Turns out Liam Howlett also originally sampled Shelia Chandra and got Shahin to re-sing it! We’d already finished the project when the devastating news about Keith came through and I shelved it. He was such an iconic part of the scene back then and news of his passing shocked a lot of us. I’ll never forget him performing at my local ice rink and it’s only now a year after his passing that I’m comfortable with the track being released and proud to have it as the first one for the new label.

So, given his guest vocalist Shahin’s involvement on ‘Sapphire’ as the launch track, it makes this project feel something like a full circle for Dee and his life in music. “With all it’s celestial hues my inspiration for ’Sapphire’ came from the stone of wisdom,” he says. “In the ancient world it’s heavenly blue signified the height of celestial hope and faith and was believed to bring protection and spiritual insight”  A perfect way to start the label and bring a new creation into the world especially one with so much creativity and vision behind it as Dee explains – “There’s future scope (please excuse the pun!) to take the experience on the road and allow people to enjoy the immersive world of VR and AR I’m creating. It will be a real feast for the senses and we’re already looking to collaborate with VJ’s and other visual artists with a view to performing in art spaces or unique venues other than clubs for an interactive synaesthetic jam session. I am definitely open to everything out there that aligns with the labels ethos”

Future releases are also in the works. “The 2nd release is completely Burning Man inspired. I created ‘Aria’ especially for my Robot Heart set in the desert last year so it’s very close to my own heart and experience and one which I’ve been holding tight ever since. The artwork reflects that of the Nevada desert with our character walking towards a glowing temple and an opening portal to another dimension. Pretty far out but that’s the idea. I know people will make their own connections and interpretations with each piece, visually and aurally, that’s exactly what I’m trying to achieve. My good friend Newman from NYC has offered up his talents on a really excellent remix. The third release is the more cosmic trancey ‘Meridian’. I used a number of analogue Moog synths with spacey FX so it seemed fitting that the animated visuals hark back to the early 90’s rave flyers from the likes of Dreamscape and Fantasia. Our character is embarking on a new journey to the next dimension and the next release. Get involved by imagining yourself in a kind of VR game with each release becoming a new level – pure escapism, an on-going never-ending “to be concluded” journey!“

And with that Dee smiles a telling smile of a man with a plan and a universe of creative vision to share and welcome us into. An electronic landscape and community, a virtual and physical tribe, a sound and a look that’s impossible to avoid in an ever-expanding digital world that has its roots anchored in a future from a past that inspired so many.

You can now listen to the full premiere of ‘Sapphire’ exclusively on When We Dip. Enjoy!