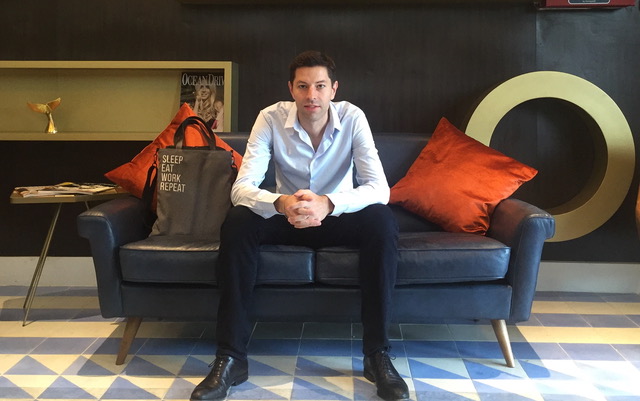 10 Big Moments that made Clubbing TV – by founder Stephane Schweitzer

Established in 2010 at a team when the idea of capturing music sets was still in its infancy, Clubbing TV has since helped spearhead a movement that’s seen their popularity catapult over the last few years. Helmed by founder Stéphane Schweitzer, it is now rightly established as one of the industry’s best such platforms, and keep s reaching impressive new figures to boot. We caught up recently with Stéphane, as he talked us through some of Clubbing TV’s biggest moments to date. Suffice to say, there has been a few!

1. The launch of Clubbing TV on the TDT in Ibiza in 2019. We now have a studio in collaboration with Pure Ibiza radio and a full-time team on the island! See more HERE

2. Nina Kraviz @ KappaFutur festival in Italy. Nina dropped some unexpected psy-trance and the crowd went crazy. The venue is also impressive, we made a great live broadcasting and live streaming from there. See more HERE

3. Our Clubbing TV awards for the best music videos. We are now preparing our third edition with some new special music categories. See more HERE

5. Our pop-up studio at the Amsterdam Dance Event. We invited 33 artists during three days for Live DJ sets, live acts and interviews! It was pretty intense but we had a big audience and very good feedbacks. See more HERE

6. Matthias Tanzmann – Elrow @ Amnesia Ibiza. Techno & Tech House all night long mixed with tons of confertis and CO2 was a lot of fun and the vibe during Elrow at Amnesia was amazing. See more HERE

7. The boat party in Ibiza with Marco Faraone. We recorded the set with several cameras and a drone, I was there and that was pretty crazy! See more HERE

8. Drunken Kong @ Elsewhere. Elsewhere is our new 3D virtual venue created in partnership with VJKaycee, Pixadoo and Minitech recordings. The next show will be broadcasted on Sept.19th at 8pm CEST with Sinisa Tamamovic. See more HERE

9. Steve Aoki @ Nameless Music Festival in Italy. Our team was super excited about the cake and the champagne showers! It was really fun to film his set, plus he is a very interesting artist, we learnt more about him when we did his interview in Paris at the Picasso Museum. See more HERE

10. N’to Live perc @ Olympia in France. Which French artist doesn’t dream to play at the Olympia in Paris? Well for us it was also a milestone to be able to film this show in 4k. See more HERE

Keep up with Clubbing TV at https://www.clubbingtv.com/ and on Facebook here