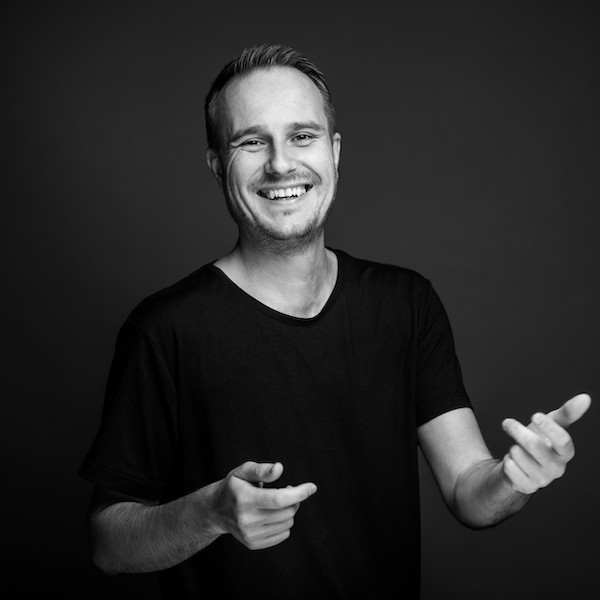 Mihai Popoviciu talks about his third album, his sound and more… [Interview]

Mihai Popoviciu delivers his third album and 6th release of his already long career via Poker Flat Recordings. The unassuming producer and DJ from Cluj, Romania (where he still lives), has earned plaudits from fellow producers and dancers alike, releasing on the likes of Highgrade, Desseous, Bedrock and his own label, Cyclic.

Motion Manifold is a bold expression of his craft – each track shot through with that instantly recognisable Popoviciu texture and vibe. This is an album experience rather than a collection of dancefloor cuts, although it works in that respect also, its 10 tracks giving off a sense of complete- ness that demands re-listening.

Ahead of its release, we caught up with Mihai to discuss his approach to the album, and why his sound has remained so consistent over the years.

WWD: Hi Mihai… thanks for talking to us today.

Hello! Thank you too for having me.

WWD: Motion Manifold is your third album – looking back at your previous two, how much do you think your sound has changed and evolved in that time?

My sound is pretty much the same but I like to believe that my producing skills constantly get better.

WWD: Similarly, if you could play your younger self the new album, do you think he’d be surprised by what you’re making now?

It depends on how much younger my self would be. Many say that my sound is instantly recognizable so I don’t think that I would be surprised by my new album. It’s the Mihai Popoviciu sound all the way!

WWD: Tell us about the process of collecting the tracks for the album. Were they always designed to be part of a single collection? Or was it more a case of producing enough tracks to be able to put them together into an album?

WWD: As a lot of electronic music – certainly house and techno – are focussed on the dancefloor, do you think that electronic producers have a harder time of creating a narrative album than some other genres? Or does that not matter?

I see a lot of producers exploring other musical territories when they do an album. I think that an album should showcase who you are and I have always produced music for the dancefloor. This is why all my albums were dancefloor orientated, like this one. I could have tried to maybe have ambient tracks on it or other genres but this is simply not me. On this album the narrative and sense of completeness is given by the vibe and texture of the tracks.

WWD: Tell us about how you decided to release with Poker Flat… you have a history with the label, so was it always the clear choice?

Doing an album on Poker Flat was the natural step forward towards my long time connection with the label. I have been constantly releasing music with them since 2013 so it was definitely the clear choice.

WWD: PR celebrated its 20th anniversary last year… given that there are few labels that have reached that milestone, what makes them different?

They are very professional about what they do, they take things serious with every aspect and they respect their artists. They put out quality music, that’s the most important thing.

WWD: Do you have any personal favourite tracks on the album?

Make sure you double check “Milky”, “Cosinus” and “Chrome”.

WWD: Can you tell us about specific bits of kits you used a lot during its production?

I am an “in the box” type of producer. I don’t have a fancy studio with lots of hardware gear but a very stripped down work station at home. I rely a lot on samples and I use a handfull of virtual gear that I know well and have been using for years.

WWD: The best albums have a timeless quality, and that’s definitely something we think Motion Manifest can claim. Is that something you think about when producing an album, how it will sound in a year, or 10 years?

Yes, I try not to place my music in any actual trend and somehow stay neutral. I like to think that most of the music from this album can be played ten years from now just as well as they can be played at this time.