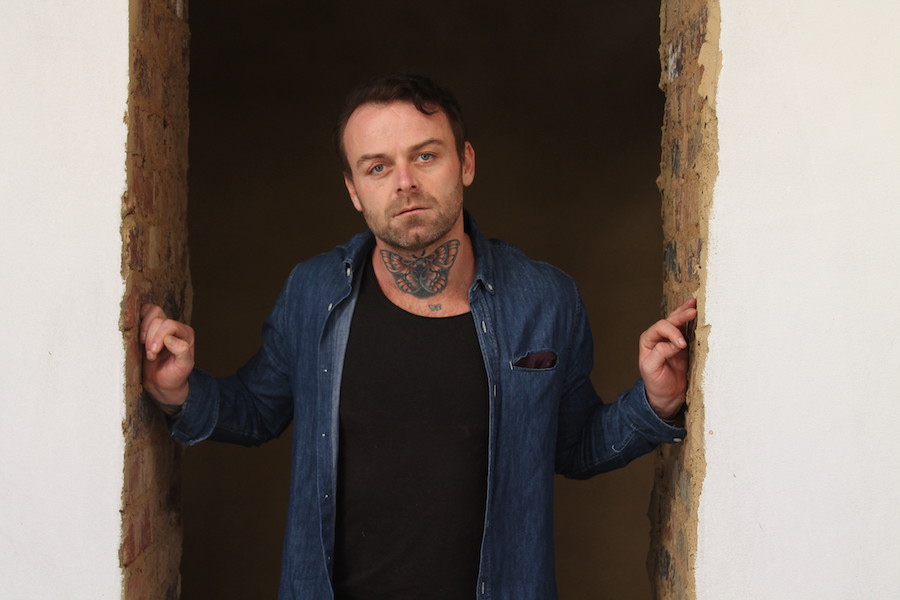 All things considered, it’s been a pretty incredible twelve months for Ryan Murgatroyd and his Swoon Recordings imprint. Established in June 2019 as an outlet to champion South African talent and push the boundaries of traditional club music with its deep and soulful sonic leanings, Swoon has since forged itself a reputation as one of the most exciting, forward-thinking labels on the electronic music circuit.

Following the remarkable international success of their debut collaboration Wooma (to markSwoon Recordings’ first birthday back in July), Murgatroyd and hotly-tipped vocalist Sobantwana now team up for their eagerly-anticipated sophomore outing, Khuzeka, this time on Get Physical Music.

Continuing his mission to explore and develop the more poignant and emotive manifestations of electronica, Ryan Murgatroyd’s boundless creativity and flawless production credentials shine through for all to see in this latest release, as he delivers a breathtaking afro house cut, brimming with expansive soundscapes, bubbling rhythms and a mesmerising vocal refrain, courtesy of Sobantwana.

We caught up with Ryan to talk musical influences, early raving experiences and his future plans for Swoon Recordings…

WWD: Hello Ryan, and welcome to When We Dip!

Good to be here, mate, thank you for having me.

WWD: How are you mate?

I am honestly fantastic, all things considered.

WWD: Can you tell us how you got into electronic music?

Well I came into electronic music sceptical, having come from typical depresssing white teenager music at the time. I was all about playing real instruments and bands but then I found some Daft Punk records, and perhaps also some mind altering substances, and all of a sudden rock music just didn’t sound as good to my ear. And to put it mildly it shifted my perspective on music and here we are. Over the years I’ve always balanced the deeper styles, like deep house and organic and downtempo influences, with my love of the late night dancefloor vibes so my sound is a superposition of those two elements over each other.

WWD: How would you best describe your sound for those who may not be familiar?

Somewhere between electronica, organic house and melodic house I guess. Organic yet futuristic, a blend of very thoughtful timbres and late night energy. I have a bit of afro influence being from South Africa but it’s quite subtle and it comes in and goes out of my palette of sounds.

Well certainly deep and funky house, filter house, old school vocal house records and even uplifting and progressive music like Paul Van Dyk. And then a lot of records on Ninja Tunes, Nightmares on Wax and some more breakbeat and electronica influences. Early uplifting house music, like Sharp Boys, and very early Defected stuff also. Then being exposed to the more black side of house music, working at a huge record label in Johannesburg and meeting artists with a much wider vision of electronic music.. Here I found the real soulful influence of Louis vega, Masters at Work, Sonny Fedora and that whole era of truly great house music vocals, which I think are coming back now in terms of their influence on my work. And then the local flavour of Black coffee, Mbuso, and styles like kwaito, and Felix Laband. So it was like a melting pot of influences.

Phew I was a wild young man.. Luckily by age 21 or so I had already decided I was going to take electronic music as a career path and I was half committed and that kept me out of trouble for the most part. But I held a ten year residency at Truth in Johannesburg and played alongside everyone from Stefan Bodzin to Luciano and Black Coffee to Coyu. Booka Shade became friends during this time and this led to a few dates in South Africa shared. Then I played a full season of the Black Coffee residency in Ibiza which was incredible, they gave me a private teepee (like a legit teepee made out of animal skin – very much cultural misappropriation vibes but awesome nonetheless). It was at the back in the VIP area and good lord did I have fun in that teepee, it became a legendary party spot that season.

WWD: We’re loving your recent EP ‘Wooma’. Can you talk to us a bit about the record?

Well it’s a really chilled piece of house music, I just wanted to make something beautiful and kinda melancholic but also really hopeful and nice for the dancefloor at the right time. It’s not an obvious track to play but it’s something really beautiful to listen to while you drive or hang out.

WWD: Let’s talk about your label Swoon Recordings, which recently celebrated its first birthday. What is your vision for the imprint?

Well we have been releasing a record every few weeks since we started and I think the variety has been really notable. I want to continue to cover new sonic ground but stay true to our ethos of haunting, club-friendly but hooky and emotive songs. Of course breaking new talent is a part of our mandate, and there are ridiculous talents coming out of South Africa, like Avi Subban, who we are releasing next month, so that’s a big part.

WWD: Do you have any specific goals for the label over the next 5 years?

A few Beatport number ones wouldn’t hurt and we’d love to hold a very respectable residency at an elite global venue. I always did have a dream about bringing our sound to Ibiza, and booking a whole bunch of friends and other African artists under the Swoon imprint, at a night with great production. I love HEART, and I think it would be perfect for us. But we will see. Content wise I want to have some of the coolest, most relevant but likeable dance music in the game. No small order, hahaha.

WWD: What do you like to do in your spare time when you’re not  making music?

Try and stay sane! I do a lot of martial arts, a bit of yoga, I live and die for the sauna and the cold, and I enjoy reading a lot. I have a real fascination with integrative medicine and alternative wellness practices but not in a crystal praising white girl way, haha. But I’m usually doing a lot of healthy things to try and ready my mind to be in a more creative state.

Getting paid to go out and socialise because otherwise I never would.

Having to constantly be peddling your wares on social media..

Yes, many, and here’s what I can remember off hand. I have a track on the Africa Gets Physical compilation (out now) and then shortly after I have a monster vocal track called On My Mind out on Swoon for the Summer in South Africa (Thats late October), so thats a big one.

WWD: Any final words for our When We Dip readers?
When I dip, you dip, we dip?

Ryan Murgatroyd feat. Sobantwana – Khuzeka is out now via Get Physical Music