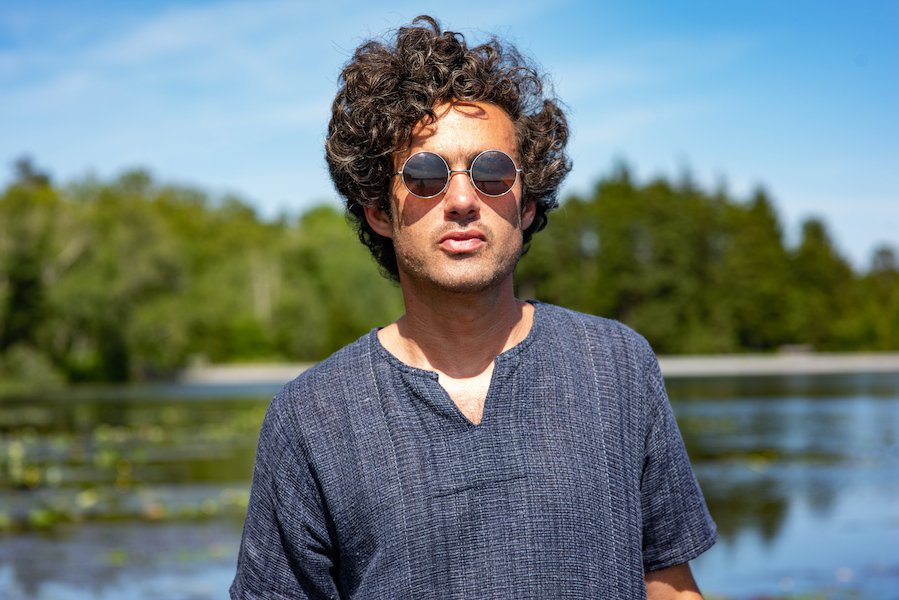 To highlight the recent release of his Undoing The Future EP on Eyedyllic Music, the multi-faceted New York-based artist Fireberg recorded this special live set for When We Dip’s Prima Lux series, consisting of 100% original music.

Fireberg’s eclectic range as a keyboardist, composer, and live performer is on full display with this set, as he seamlessly blurs genre lines between underground-leaning jazzy deep house, pop-influenced indie dance, and psychedelic nu-disco sounds. His music is accessible, yet quirky, delivering an authentic blend of vintage moods with a contemporary edge. With this live performance, he goes above and beyond the call of duty, reworking and reimagining his diverse back catalog and unreleased works, while also offering completely new takes on the three songs from the aforementioned Undoing The Future EP.

When asked about the creative process behind this special set, Fireberg states, “making a mix like this helps me appreciate the sounds, songs and musical feelings that I’ve created in my career and the endless permutations of remixing, re-arranging, and reinterpreting that’s possible with my own material. As I hone new skills and ways of presenting sound, I’m simultaneously flooded with inspiration and wonder for all that there is to learn and discover in this artform.”

Fireberg made his debut on New York and Ibiza-based label Eyedyllic Music last week with Undoing The Future, a diverse EP, strikingly fitting for the dystopian times we as humans find ourselves in. The EP also features an outstanding remix from fast-rising South African talent, FKA Mash.

Dan Berg aka Fireberg is an engineer and songwriter, in addition to being an electronic music producer. Out of his studio in Long Island City, Silverman Arts Recording Studio, Dan has produced music for various bands and artists such as J Hoard, Solange Prat and Black Tortuga.