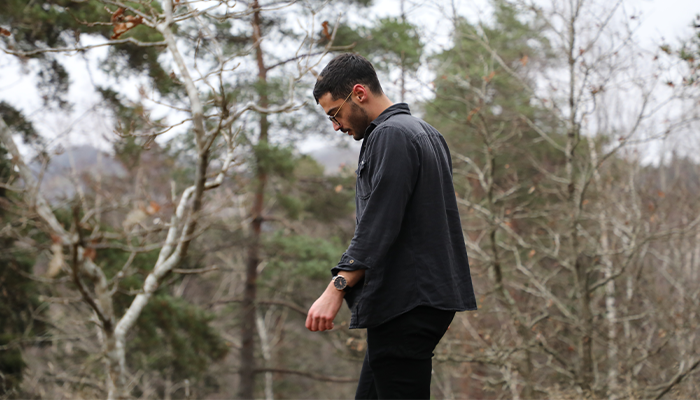 Producers are the backbone of a label; developing supportive and genuine relationships with our artists is the core principle of XYZ’s development. Our recently launched Oppo series is an ode to the figures that we feel are at the foundation of the label’s journey thus far.

Nobody fits this bill better than Hosini – the Swedish starlet has been with us since day one, presenting Flyga and the enigmatic Soul Search EP. His stunning sound has been the basis of our exploration into deep and melodic forms, setting the standard for XYZ from the get-go.

Oppo gives full creative control to the producer, who essentially functions as the label head for this premiere release. Curating sounds from artists around the world who’ve influenced his career thus far, as well as a production of his own, Hosini presents a project that fully represents his tastes as an artist.

Leading the EP is Hosini himself, with an instant classic. ‘Jupiter IV’ harnesses swirling electro-influenced synths to create an immense build in energy and emotion. A nod to the Swede’s ability to traverse genre boundaries with his signature blissful production style; unpredictable and transcendent music.

Esteble have built a trustful relationship with Hosini, as is evident on their collaborative Hypna EP on Do Not Sit. The Dutch duo extends Oppo with ‘Cloudbreaker’. A bassy underbelly sets the stage for an ominous affair, asserting energetic melodies.

Jones Meadow and Hosini have been musical comrades for years, connecting on several Anjunadeep releases. Stockholm’s melodic mastery comes full circle to close out the Oppo project with ‘Frost’. Electro comes back into the fold, gliding over a heady drumline and comforting pads. To celebrate this unique release, we caught up with Hosini to touch base about how the project came together, as well the ups and downs of life as a producer in 2020

WWD – Hosini, thanks for joining us today. Hope you’ve been well my friend!

Hosini – Thanks for having me!

WWD – The world is a very different place since the last time we caught up! How have you been spending the summer?

Hosini – I have been spending most of my summer in Stockholm, but also visited Malmö (South of Sweden) which was really nice.

WWD – Many of us were captivated by Sweden’s approach to the pandemic. What was it like to be in a place which seemed to do things quite differently over the last 6 months?

Hosini – I feel that life here in Sweden has become drastically different from before the pandemic even though that effect probably was more amplified in many other countries.

WWD – How has Stockholm, and Sweden in general, inspired or impacted your musical creations thus far?

Hosini – Most of the year is pretty dark and grey here so I feel like music has been a way to escape that, and since my music is influenced by feelings and experiences I am quite curious of how my music would sound if I did not live in Sweden.

WWD – Jones Meadow is also a Swedish starlet, whom appears with you on Oppo. How did you guys first find a connection?

Hosini – We actually bumped into each other at the University where we both had a statistics course together. I think we randomly got placed in the same group. I later moved from Stockholm for a couple of years but we always kept contact and sent each other music and reconnected when I got back.

WWD – You’ve established a knack for incredible collaborations, also working with the likes of Modd and Esteble. What do you look for in musical partners?

Hosini – Primarily musicians that have a unique sound and consistently trigger emotions when listening to their music.

WWD – Esteble bring such a unique vibe to each production. What was it like going back and forth with them in the creation of the Hypna EP with Do Not Sit?

Hosini – It was amazing. They are incredibly talented and their music has such a deep message. It was also easy to work with them since their impressive creativity really helped when we got stuck and needed to make decisions of what direction to take the tracks.

WWD – You’ve lead Oppo with the stunning Jupiter IV. It has the feel of an instant classic, with an electro-vibe culminating in a huge rush of energy and emotion. It’s quite different from some of the other music you’ve released recently. Where do you look for new sounds or inspirations for your productions?

Hosini – I mostly iterate and play around with random sounds without having any idea of the direction of the tracks. Recently these sounds have mostly been recordings of mine, and not synthesizers. Occasionally when playing around with the sounds I get into a great workflow where I can’t leave my computer and that’s usually a good sign.

WWD – Congratulations on your second Anjunadeep EP, which came out recently! Tell us about the importance of the enigmatic label in your journey thus far.

Hosini – It’s amazing how they can keep a really close relationship with their artist at the scale of their label. All of the people at Anjunadeep that I have interacted with are super down to earth, kind and encouraging. My experience has been that they show great transparency towards the artist when it comes to everything around releases which I really feel is important for the artist. They have definitely helped me develop as an artist enabling me to fully focus on the music and trust that the music will be in great hands.

WWD – Powel and Erdi both present amazingly chilled out tunes on Oppo. What’s unique about the Oppo project, and the ability to connect with a stunning set of producers?

Hosini – It has been really fun but challenging doing something completely different to what I am used to. I never felt worried that this release would not be successful when having such great artists onboard. I also really liked having a closer connection to the artists from the beginning.

WWD – Are you still working as a Data Scientist? How has the industry developed in the last year or so?

Hosini – The industry is growing quite fast, and is one of the industries that have not been as affected by the pandemic as other industries, relatively speaking. Working as a data scientist does not really require physical contact so adapting to the working from home culture has been relatively straightforward.

WWD – How do you foresee the music industry, and specifically the electronic community, shifting gears due to the pandemic?

Hosini – Really hard to say but it’s been a pretty tough year for a big part of the community, especially the nightlife and touring artists that are used to living paycheck to paycheck. I hope more revenue streams for artists are opening that do not necessarily require touring, and only time will tell what that platform may be. With this said, I really hope the industry recovers quickly. WWD – We were looking forward to seeing a Hosini live show for the first time this past summer – fingers crossed we can see this soon! How has it been to develop a live set?

Hosini – It has been really fun and interesting but everything got put on hold so I started to reallocate my focus to production. At the same time I look forward to going back to the live performance as soon as the world is starting to open up again.

WWD – I’m sure it will be a lovely party when you do get to debut the show! Hosini, thanks so much for joining us. Many congratulations on the lovely Oppo release – truly stunning stuff.

Hosini – Thank you, would like to give all credit to the artists shaping the EP!