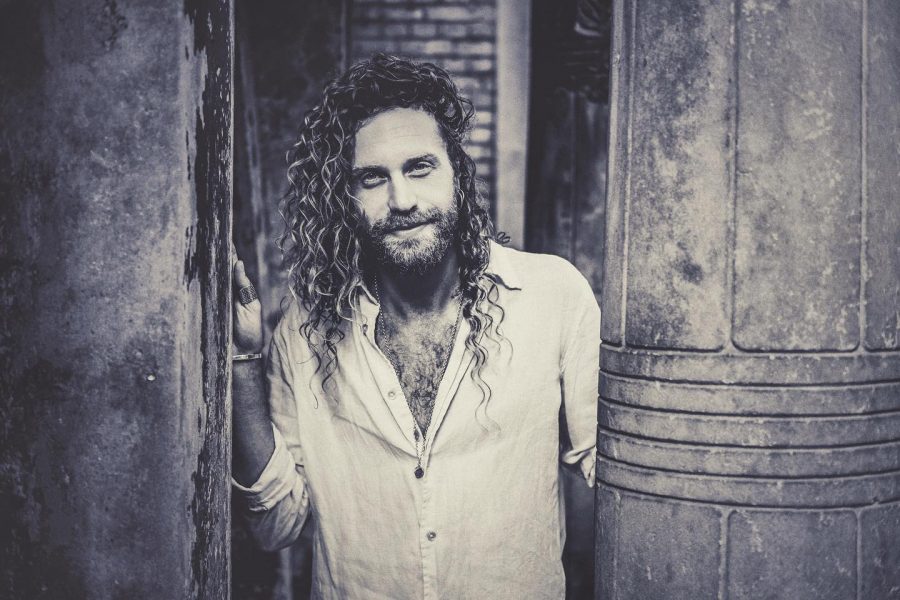 YokoO is an artist that needs little introduction. The Lisbon-based producer and DJ, synonymous with the global rise of All Day I Dream, has been mesmerising music lovers around the world with lush cuts and thrilling sets for some time now. This includes a number of trips to the playa at Black Rock City. We are delighted to invite him for a playlist takeover as he shares 12 standout tracks from past Burning Man experiences and an unforgettable memory from his time on the playa in 2016. It’s all below!

“The evening leading up to the Man Burn was unforgettable. It was just after sunset when my lover and I were having some quality one on one time in the deep playa. In the distance, we could hear a song I had written for her being played by Lee Burridge on the Robot Heart. It was magical. I recall the sky getting really dark & stormy, feeling a couple of drops of rain and watching the wind pick up and throw dust into the air lowering our visibility by the second. I quickly realized we were not getting away from Mother Nature’s show. We jumped off our bicycles and embraced the situation, sat there for a moment to understand the storm was not stopping anytime soon. We then started pushing our bicycles struggling to even see our feet. I was holding my scarf around my head trying to protect my eyes, mouth and nose from getting filled up with dust. We were blind, and at the mercy of the elements.

Then . . . Something extremely strange happened out there. I remember us walking straight for so long and returning to the same point twice. It was like we had been walking around in circles. My level of confusion hit the red. Each art piece’s light in the dusty horizon would give me hope to have reached destination. The struggle was real.

We eventually got back to the camp, unrecognizable, covered in white dust, looking 120 years old, exhausted. Our ordeal turned into one of the most memorable times of the week. What an adventure!

I passed out to wake up just before my White Ocean set starting at 3am, following the Bedouin lads. To my surprise, the sky was clear again. I had managed to clean myself up and thought “great”, it’s going to be nice and calm out there . . . There was not one cloud in sight. I left my goggles and scarf behind and grabbed my USB sticks. I headed to the stage to watch the boys end their set to a packed dance floor. Whilst still in the process of waking, I jump on and guess what? Yes, another storm hit, a few minutes into my set. That’s it. I can’t see anything anymore, barely even the CD players, and of course I don’t have my goggles. The wildness of the vista before me combined with my struggle, made this experience truly magical in its own ways. The energy that surrounds you in such a situation is indescribable. It almost feels like time stops. Those of you who were there would remember.” – YokoO