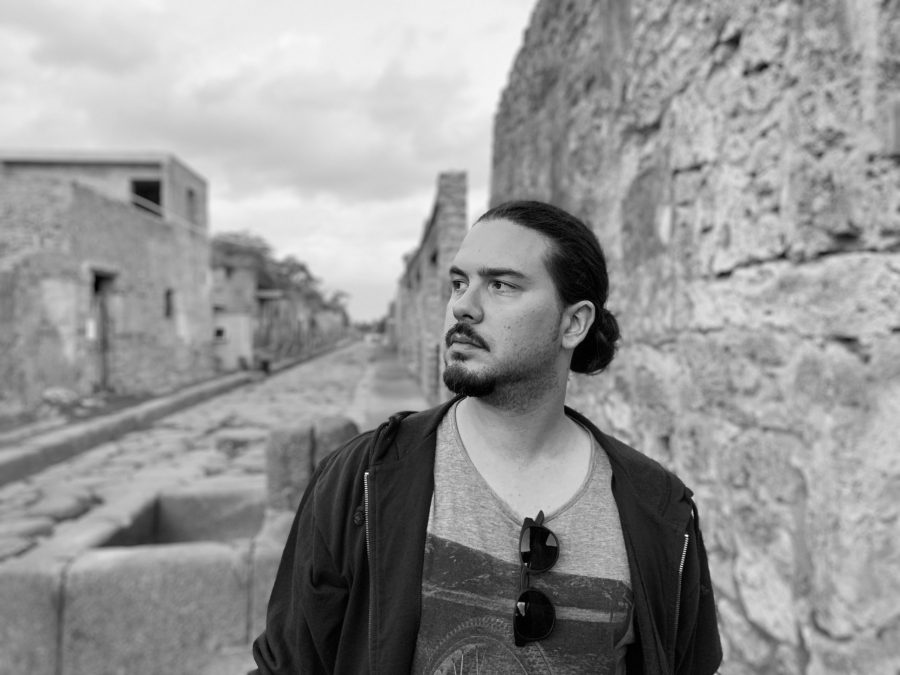 Canadian Filmmaker, Photographer and Visual Designer Marco Iammatteo is the creative hand behind independent films like ‘Fifty Five’ and ‘Call Me Sandy’ (presented at the revered Cannes Film Festival). 2020 saw the Montreal native put his touch to the latest album ‘Today’ from rising indie electronic duo HOKI, crafting an enthralling visual trilogy in collaboration with actor Paolo Iannicello. Iammatteo conjured up a thrilling series with a raw artistic edge that beautifully amplified the emotion in HOKI’s music. We caught up with the multi-talented Quebecer this week to get an insight into his process and the art of directing music videos in a time of pandemic. It’s all below!

WWD: Thanks for joining us Marco! Where in the world are you right now?

WWD: How did the pandemic affected your plans for 2020?

It definitely changed quite a few of them but I always try to look at the glass half full. Different projects have been put on hiatus with new ones that have emerged due to the pandemic.

WWD: Can you tell us about how your relationship with HOKI began?

I first crossed paths with HOKI early on in their musical journey. They were seeking some design and photographic work to help communicate the stories within their music and I quickly identified with their captivating and alluring music as well as the deepness and meaning behind their lyrics.

WWD: You filmed and produced an emotive, thrilling trilogy of music videos this Summer to accompany their most recent album ’Today’. What was that process like?

It all starts with the songs and the underlining meaning that Brent and Varti have crafted. After they share the essence of the tracks with me, I take a moment to immerse myself in the tracks and start envisioning what storyline might fit the mood and tone of each track. They also give me as much creative freedom as they can and truly allow me to suggest whatever idea or vision I might have. It’s always amazing and delightful to collaborate with other artists that way.

WWD: Can you give us an insight into your creative planning before you shoot a video?

I like to dissect the whole project from beginning to end. Be it a short film or a music video, I like to separate each and every element, which helps me create a storyboard. Once the storyboard is established, I figure out what’s the best way to bring it to life. With the Hoki trilogy, I had just met a young aspiring actor, Paolo Iannicello and saw a world of possibilities and parallels with the essence of Hoki’s music. Paolo is at a coming of age in his life and the music stems from Hoki’s experiences throughout that period in their lives. I saw a perfect fit and started from there.

WWD: How do you approach the editing once the filming is done?

I like to give it my all while shooting and try shoot more than only what is on the storyboard. This gives me more choices when I get to the editing table. I also draw from minute moments that aren’t scripted which I believe gives any project a more natural tone. Afterwards, I upload the track and the footage and find the balance between the storyboard, the music and the material. It’s never black and white but it’s the gray zones that make all projects shine during the editing process. Sometimes a story has a
chronological order on paper but fits a song better in reverse or non-linear, the music really dictates the rhythm. This allows a flow of new ideas to come to life while editing.

WWD: The trilogy was shot and produced in a remarkably short period of time. What kind of challenges did you face?

I’d say it was mostly working with the pandemic’s restrictions and the fact that we had to be six feet apart at all times. It presents challenges during shooting but we overcame them. There’s always a way to work around the distances but it definitely puts an extra task on hand. What alleviated most of the challenges is the single character approach we took, which allowed for much easier logistics over having two characters or more.

WWD: Did it affect your creativity and mindset in getting the projects to a point of completion?

I think the best way to go about any project is to never let anything get in the way of the creativity. I knew I had a limited time to deliver three videos and I set forth to accomplish it whichever way I could. I had a great support team to help bring the videos to life and did everything to keep focus on the videos. Sometimes it doesn’t always work out the way we envision things but with the Hoki trilogy, all the pieces just fell right into place at the right time.

WWD: How did you connect with the lead actor Tom?

That’s a great question! I was actually shooting a music video for Tom’s twin sister and he was acting as a supporting character. I had noticed throughout that particular shoot that he had a very natural talent for acting and kept improvising within each scene I shot with him. It’s rare to find young actors that bring a very natural and unforced aspect to their craft. He left an impression on me and I knew I’d be calling him for a few of my upcoming projects.

WWD: What were some of the key pieces of advice you gave to him during the process?

We tried to stay as neutral as possible, which made everything more natural and less forced. We spoke about the music and the stories behind the tracks and crafted a tone, a feeling. We never tried to force anything, I would always tell him to remain neutral and in the moment.

WWD: What do you feel are the key elements for a captivating music video?

When the marriage between image and sound are flawlessly executed. When you can no longer make a line between the music and the video. When they become unanimous with each other. I feel the best videos are always the ones that complement the music and vice versa.

WWD: What other projects are you currently working on? Are there any new films in the pipeline?

I’m currently developing two narrative film projects in 2021, a gritty coming of age project and a more elaborate sci-fi project as well as a short documentary about HOKI and their music.

I hope we can achieve what’s needed for the rules to change. I want to be able to see people I haven’t seen in a while. I know 2021 hasn’t kicked off the way we wanted.