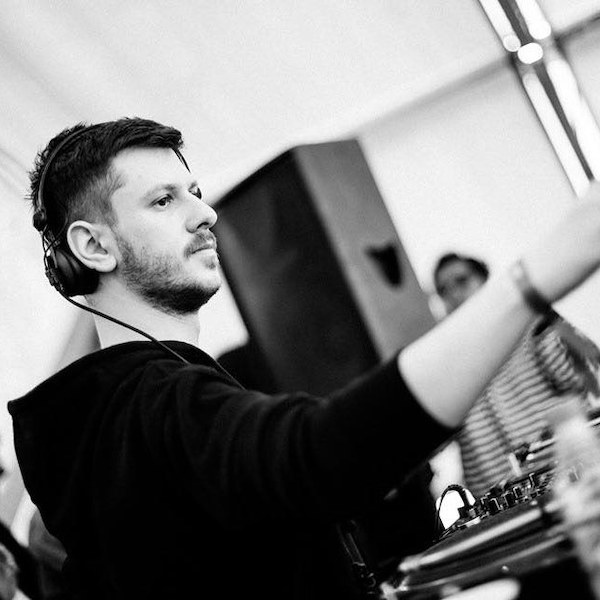 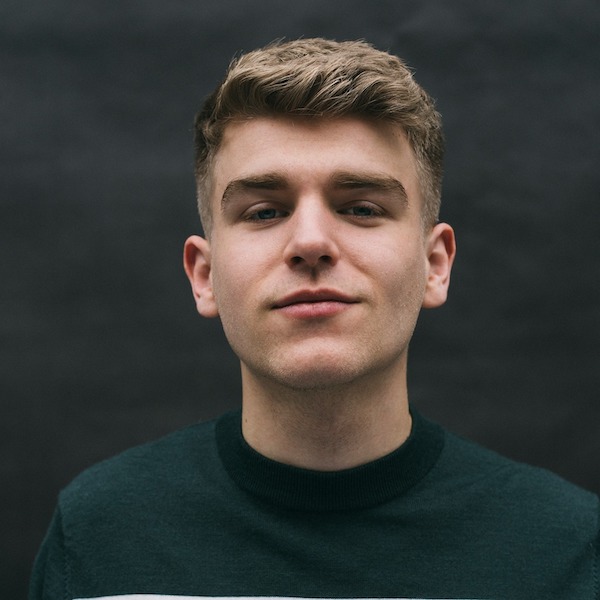 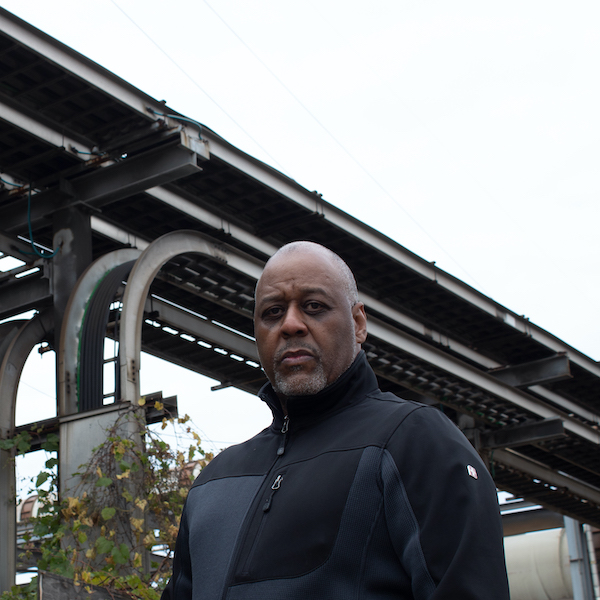 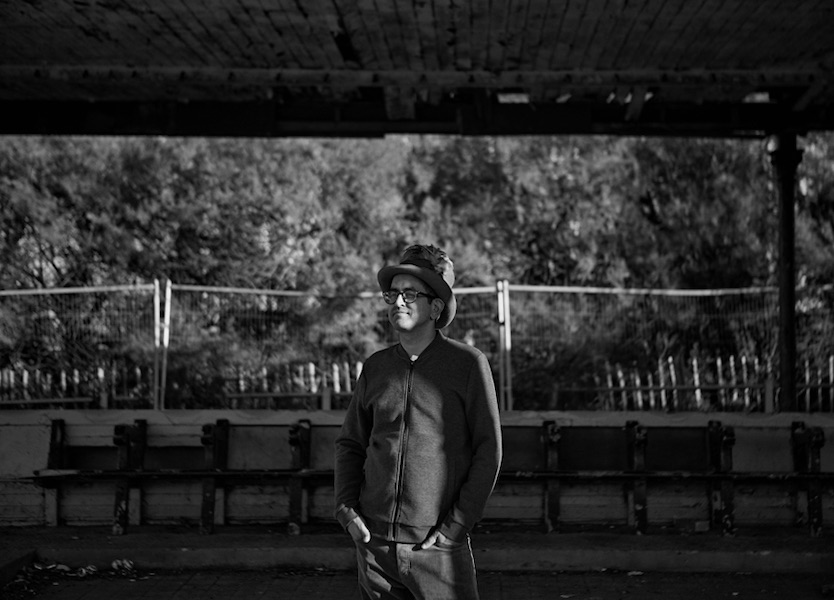 New Yorkers J Gabriel & Chuffing Buffy make a scintillating debut on Terence :Terry’s La Vie En Rose label this month with the stacked ‘I’m Not Me’ EP. The release comes with remixes from the label founder himself and highly rated Romanian producer Lizz (the latter available in exclusive full premiere only on When We Dip today, listen below!).  We caught up with the J Gabriel this week to get the lowdown on the release. Check it!

WWD: Thanks for joining us! Where in the world are you at the moment and what’s been on the agenda this week?

For sure thanks, nice to be in touch. Just hunkered down here in NYC for the most part, trying to stay focused on healthfulness and creativity! Daily bike rides keep the blood pumping and energy flowing, generally going over the Williamsburg Bridge into Manhattan these days, which is always an adventure – not to mention great exercise. Of Course spending time working on various recording projects and starting some new ideas… Deep winter months tend to be the most productive here at Onysia Studios. Which is great since there’s really a lot on the agenda right now for sure heh!

WWD: Take us back to the beginning. How did you two first connect?

The first J Gabriel & Chuffing Buffy recordings go back maybe around 5 years or longer, but the releases are more recent. “Pretty Girl’s Don’t Dance” EP was the debut, with remixes from Delano Smith & Rick Wade, a really special experience and also quite well received release overall. From there the project caught Mr C’s attention and the “Aeroworld EP” dropped on Superfreq. Now working with Terence Terry on the latest release has been wonderful. There are also several J Gabriel vs Chuffing Buffy remixes finished which will be released eventually.

WWD: We’re loving the new EP ‘I’m Not Me’. What was the creative process like?

Quite involved and lengthy as is generally the case over here haha. Let’s see, it’s been some time since the recording phase but for sure I’m Not Me is a lot of micro samples sequenced and run through FX in certain ways, not much synth work on there at all. Whereas Afinite Tanze involved more intricate composition with that main tuned bell type riff and the bassline played live on keyboards. I remember the whole filtered bell riff is based on one tuned vibraphone hit from a jazz record, and then going into 16 levels mode on the MPC where it re-pitches the samples in half steps across the pads. And then wrote that weird rapid percussive line by drawing midi notes in Ableton, so there’s harmonies and chords happening in there – but all based on that one note tuned percussion type sample. It was sent through an Erica Synths stereo resonant filter pedal, which I think is based on an old russian design from the Polyvoks – quite dirty sound. Drums are always done on the MPC 3000, with some amount of swing =]

WWD: Can you talk us through the remixes?

First I reached out to Lizz, who’s been a personal favorite among the Romanian producers for several years now. He actually sent in the “Remix 2” first, which is a really special tune we’ve been enjoying over here at Onysia for a while and really happy to finally share with everyone. And we ended up offering him to do a second remix too, because it just felt like an inspiring time and of course love his work. From there it was a matter of getting in touch with Terence:Terry and he was very enthusiastic about “Im Not Me” (Original Mix) so it all happened naturally from there. Nico Laa and myself had been wanting to collaborate on a track for a while and had a really interesting time doing the last remix together. It definitely involved a lot of work on both our ends, some sessions together in person and individually – and was really dope because each session had a different approach. I remember going to his studio in Manhattan at the time, and he had this cool idea with lots of ambience and drums going already which we jammed on. I played some melodies and basslines live on the Juno 60 and they served as the initial idea for the style you hear now, far as those elements go. They were then re-recorded/sequenced on a Minimoog and also the drums we recorded on the Nava Extra 9 which is basically the best fully customized 909 clone available. That one also had a tape transfer during the mastering process, which gives it a certain character as well. Love the sound of tape !

WWD: How did you connect with La Vie En Rose?

Well it’s Terence’s label of course, so actually I’d gotten in touch with him about doing a remix. But then it turned out the release fit with his label so we all felt it was a great idea to release on La Vie En Rose.

WWD: What artists and labels have you been listening to over the last few months?

Mostly music from the 60s and 70s lately, a lot of Pop and Rock and Funk. Part of that is always being on the hunt for micro samples / sounds to use in my productions and I’m particularly drawn to the late 70s for the sonics. Also been really into this music where it’s not so beat driven, which is normally a big thing for me whether we’re talking about Reggae, Funk, Hip-Hop, Jazz, any genre – I’m just really into drums and bass oriented music. But then sometimes it’s really refreshing and soothing to have something which is coming from a different foundation. Listening to a lot of film scores and soundtracks from all eras for example has also been really inspiring. And then making a concerted effort to expose myself to contemporary rap/trap/pop music has been rewarding and discover stuff which might be a hit on the radio or whatever, but is actually quite good and I can enjoy. There’s a lot of interesting dissonance, minimalism and heavy bass in the contemporary stuff which I’m definitely down with.

For my own music, I’ve been focused a bit more on songwriting and exploring styles outside of House. So really seeing that through and working on these ideas to make them the best they can be is a big priority and focus since it’s going to be a ton of work/man hours involved heh. There are also some collaborations in the pipeline, some finished projects actually, which will likely come out this year – and would love to do some more of those for sure. One I’ll mention is a Dub/Reggae EP with Scientist who’s a hero of mine, one of the innovators of dub music since the 70s. That was a really special learning experience, to watch an initial idea I’d sent him evolve into this whole project. Not to mention kind of surreal to see that manifest quite naturally and the end result I’m really in love with and proud to share hopefully sooner than later. Also I’ve been running Onysia and building a release pipeline which is looking good for this year, and then Convent Records is launching very soon, sister label to Onysia for a bit more edgy night time sounds. Just waiting for the pressing to be completed on the 001, which will be a J Gabriel & Chuffing Buffy EP. It includes some amazing work from Steve O’Sullivan, Arkajo, and Frazer Campbell. Also putting together a VA release which will feature a real deal techy banger from Tommy Vicari Jr. who also has an awesome 4 track EP coming out on Onysia later this year. So yeah really just staying focused and productive as possible will be the name of the game this year.