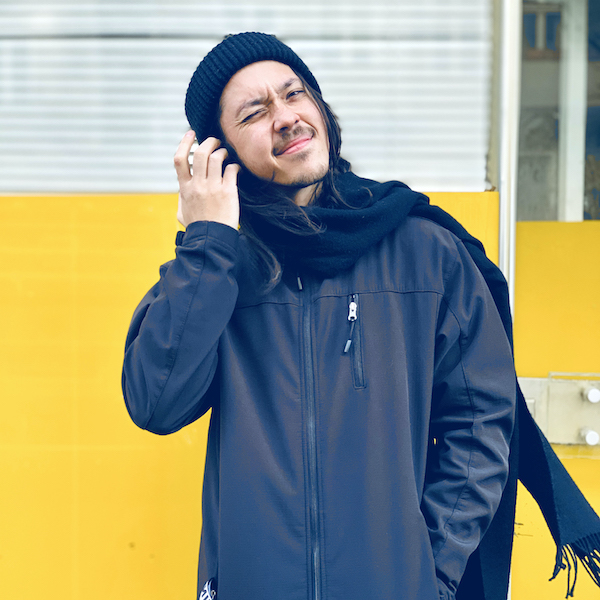 Premiere: Budakid is back on Guy J’s label Lost & Found

Budakid continues his musical journey with another remarkable two-track release on Guy J’s Malta-based label Lost & Found. Over the past decade, he became one of the innovators of the underground electronic dance scene. His stylish methodology of building atmospheres and hypnotic melodies and rhythms separates him from the rest of the world. His opening track ‘Silent Summer’ is an instant classic. This type of masterpiece has the power of changing the dystopian mood of a pandemic era into the essence of utopia. For the second track, Budakid’s collaboration with Jamie Stevens is a perfect continuation of the construct achieved with the first track and manages to remain the flow even deeper. This self-explanatory two-track work of art is nothing but mind-blowing and will impact numerous artists to try harder.

We had the chance to talk with Budakid about the record, lifestyle during the pandemic, and his philosophy. You can read the full interview while listening to the full premiere of ‘Silent Summer’ exclusively on When We Dip. Enjoy!

WWD: Hey Budakid, how are you ? LF076 is your fourth release on Guy J’s label Lost& Found. The first one was back in 2018. What has changed in your production approach since then? What’s unique about your new release? What can you say about the music featured on this release?

Not much has changed in my approach since my first release on Lost & Found. I don’t follow a recipe when I start a new track. Sometimes I have a drum loop first that keeps me going. Other times start off looking for a melody that reflects my mood and afterward round it off with atmospheres and a steady drum groove. The track “Silent Summer” was born last year after my Australia/Asia tour – which got partly canceled because of Covid. “Story of Tokay” was a draft lying around for a while. After I showed it to my buddy Jamie Stevens, he came up with some ideas and gave it a groovy twist.

WWD: Since the pandemic started, people involved in the music business lost their jobs, including DJs, producers, organizers, bouncers, waiters, cleaners, repair services, transport workers, etc. How did the crisis affect you?

In the first phase of the pandemic, the situation made me quite stressed. But when I started receiving government support, it felt like a blessing. They helped me keep my hobby as a job. This crisis also gave me a chance to spend a lot of time in the studio, composing music, which I enjoyed a lot. The new situation allowed me to spend more time on various projects of my own. It was also an opportunity to help other people with their music. As I was not touring for the last year, I had more free time to discover old passions like cooking.

WWD: There are organizers moving club events into the virtual world. They are offering the future of clubbing through 3D helmets and live streamings, allowing the fans to enjoy the dance music in the privacy of their homes. How do you see the future? Is it virtual or physical?

Online/virtual festivals are an appropriate replacement for the industry as a bridge to the future. But the physical impact of music and being surrounded by people in the same realm and the same beat is unreplaceable for me.

WWD: People are always far more than just their biographies, diplomas, achievements, and awards. Who are you really when you disregard all titles and socially conditioned values?

WWD: What do you consider to be your highest success in the past year?

I realized that the number one priority is being healthy! At the same time, I finally had more time spent with my friends! Even though it was sometimes just online. And, of course, working on my new record for Lost & Found. This material that also comes as a vinyl release is highly significant for me.

WWD: What enables you to grow spiritually, emotionally, and creatively?

Just to be. I try to accept, overcome and not be scared to express my creativity. A lot of the judgments we have are often only in our heads. I try to focus on what feels authentic and not let myself be blocked or guided by anyone’s judgement. I attempt not to be overwhelmed by emotion. However, it’s crucial to use emotions as driving energy for any creative expression.

WWD: Let’s not forget that your new Lost & Found release is ready. What is extraordinary about that label? What is an x-factor that attracts people around the world to that sound? What attracted you to release your music on that platform?

I have always been a big fan of Guy J’s musical crafts. To me, Lost & Found is an honest and pure music label with amiable people. It’s a pleasure to collaborate with them because they feel like a family that respects and understands each other’s musical creations.