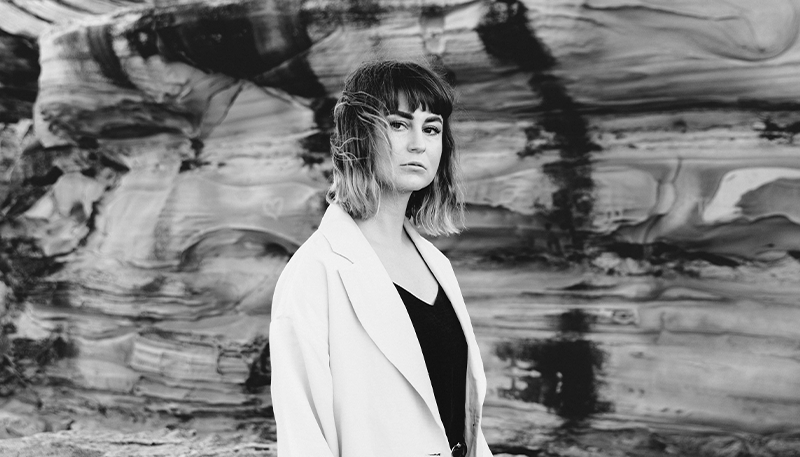 After garnering widespread recognition with releases on the likes of Stil vor Talent, Trampoliner, and Anjunadeep, we’re thrilled to have Made in Paris debut on XYZ. The Australian connects with Monarke, out of Canada, as she takes the reins on remix duty for Otherside.

The project showcases Paris’ unique brand of techno, which has seen her rock peak time slots at the likes of Beyond the Valley and Splendour in the Grass. Deep drums and synth stabs pay homage to the original material, while chopped vocals and ethereal melodics elongate the energy for late night affairs.

To celebrate her first appearance on XYZ, we caught up with Paris to touch base on how the project came together, her navigation of a tumultuous time for so many in the music industry, and what she’s looking forward to as light emerges on the horizon.

WWD – Paris, many thanks for joining us today! Big congrats on the remix, huge tune 🙂

Made in Paris – Thank you for having me! Was a pleasure to jump in and remix “Otherside”. I’m super happy with the turnout and glad you guys are enjoying it.

WWD – Are you in your hometown Sydney at the moment? How are things in Australia at the moment – seems to be opening up a bit…

Made in Paris – Yes I am currently. Things here are really starting to improve with parties popping up everywhere and people getting to be amongst dancefloors again. I can feel the positivity bleeding into the scene and through artists music already, including my own!

WWD – What role has Sydney played in your musical and creative journey thus far?

Made in Paris – It is where it all started for me! Sydney’s nightlife was seriously buzzing when I squeezed my way into it. Over recent years it started to suffer and get grime due to lockout laws being forced in place but if there is one good thing to come out of the pandemic, the laws have since changed and I think it’s going to reopen a nice hub for us here in Sydney.

WWD – We all know the strength of the Australian music scene, especially within dance music. What’s it like to be part of such a thriving artistic community?

Made in Paris – Yes i’m so grateful to be a part of such a great community. It’s been great to see the underground scene here grow and bring more opportunities to artists like myself. WWD – We hear influences from the likes of Maceo Plex and Bodzin in your sound. Who are some of the up & coming artists that have your hear and provide a bit of inspiration as well?

Made in Paris – These artists i’ll mention are already killing it but recently I’ve been loving Bebetta, COIZ, Arude and 8Kays.. All smashing out amazing productions!

WWD – How did you first connect with Monarke, and end up joining the remix project for Otherside?

Made in Paris – We connected over instagram I think! Sharing music to each other and got chatting about working together on upcoming releases. He sent me “Otherside” and I happily agreed to do a remix.

WWD – You are joined by Yannek Maunz, Nopi, and Nadya on the release – which of the other remixes is the pick of the bunch for you?

Made in Paris – All of them are fantastic! But if I had to choose it would be Yannek’s remix. Such a tasty take on the original!

WWD – The pandemic came smack in the middle of your meteoric rise over the last few years – how have you made the most out of the downtime?

Made in Paris – Haha yeah it wasn’t not the best time of my career to come around but I used a lot of my spare time in the studio of course and also using the time for myself to get amongst nature which is something I very much enjoy doing.

WWD – How do you foresee the overall dance music industry changing in the long term due to the effects of the global situation?

Made in Paris –  I’m hoping it will bring communities from all around a lot closer together and strip back some ego within the scene. But most importantly remind us that we are so lucky to be a part of it and to always embrace moments made for dancing.

WWD – What plans are being drawn up for the coming months as much of the world regains some form of nightlife? Where are you most looking forward to playing in the next year?

Made in Paris – Over the next few months I’ll be focusing on shows within Australia and possibly New Zealand now that borders have opened. I’m hoping to get back offshore next year (crossing my fingers) and exploring my sound in the studio!

WWD – What about on the music side – any exciting projects in the works that you can tease us in on?

Made in Paris – At this point I can’t announce names but there’s an EP, some remixes and some exciting collaborations happening in 2021! Looking forward to sharing them all 🙂

WWD – Paris, thanks again for joining us – it’s been a pleasure! We can’t wait to hear the remix rip apart a dancefloor sometime soon 🙂

Made in Paris – Thanks for having me guys. As am I! Much love from AUS.