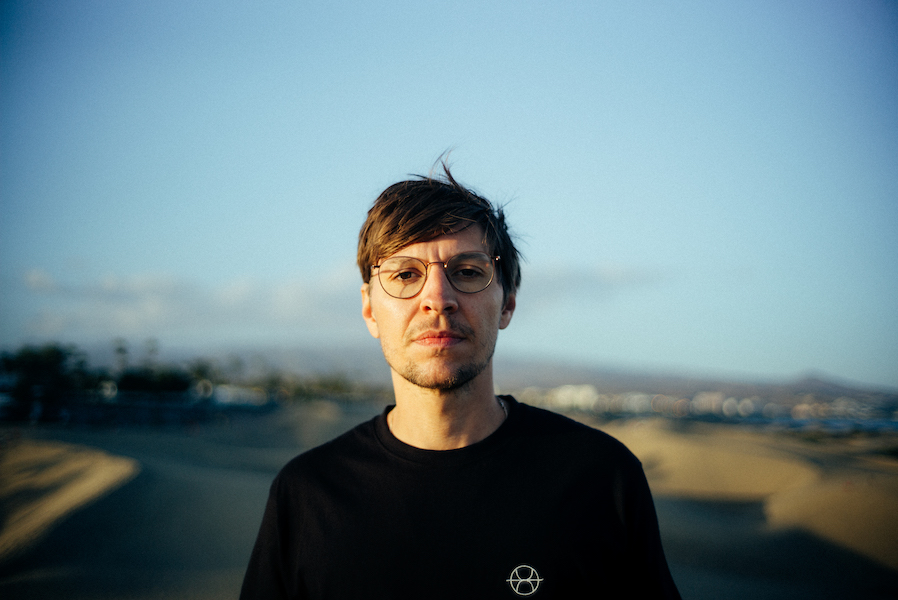 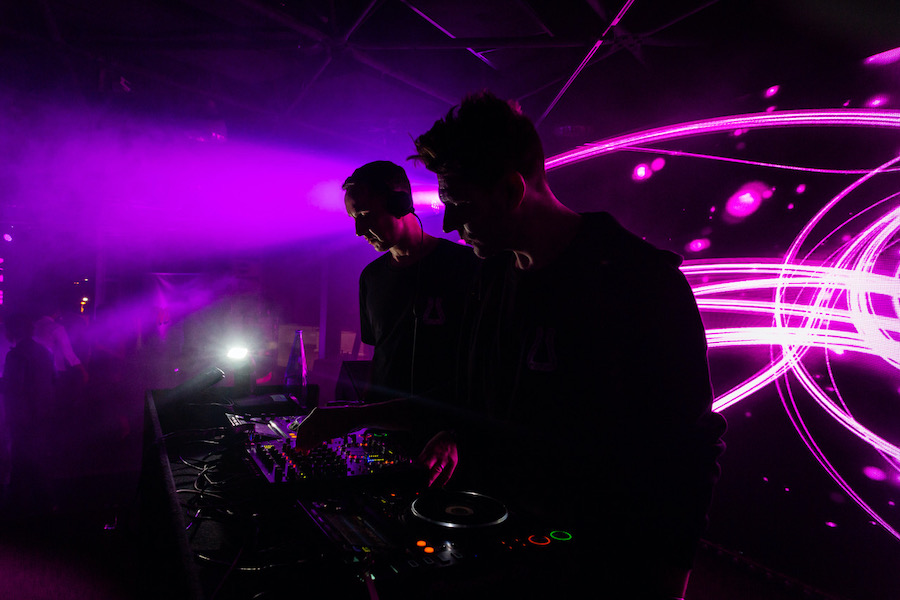 When We Dip 119 mixed by Jonas Saalbach

Our guest for episode 119 of the When We Dip mix series is none other than Jonas Saalbach! The Berlin-based DJ and producer renowned for a melodic sound that doesn’t compromise on rhythms and energy blesses us with an hour set containing many unreleased gems, from himself as well as the likes of Innellea, Hollt and more! Jonas also kindly answered our questions about his booming label Radikon, the effects of the pandemic on his workflow, his philosophy when collaborating and more.

WWD: Hi Jonas! First, thank you for taking the time to answer our questions! How have been things for you lately?

Thanks for the invitation! Along with a few minor ups and downs related to the pandemic, I keep a positive mind and feel good. I am writing down a lot of ideas and am happy to announce that I am currently working on my next album. I also started a new project with my friend and studio neighbour SKALA. It has nothing to do with techno and house, but a lot with music.

WWD: You’ve recently celebrated the second anniversary of your label Radikon with your partner Guzy. Looking back on those two years, what’s your assessment of the journey so far? What are some learnings that came from running your own imprint?

I am personally satisfied with the job we’ve done so far. We found our special kind of sound, which has always been an important goal and very important to us. People like Yubik or Baime have shaped the sound of the label and I am very grateful that such talented producers are with us. I can feel that the sound of the label inspires me and will influence my upcoming productions a lot. It’s getting a bit ‘deeper’ which feels like a natural development. I’m also super proud of Guzy and the others on our team. We support and encourage each other when someone feels a little lost or is not inspired. Regular meetings are important to create the feeling of a crew and this automatically leads to great teamwork. Having a label gives me the opportunity to immerse myself more in the music business and see how it works from a different perspective than the one of an artist. I think the most important aspect I learned from running a label is to be patient and just keep going and that there will always be ups and downs.

WWD: The name of the label itself, Radikon means ‘Roots’ in the world-language Esperanto. How does that name, and even, the language, Esperanto, relates to your label philosophy?

The idea of Esperanto is to connect the world with one language. It’s the same with our label or with music in general – it connects people. The meaning ‘roots’ stands for our long-term friendship and the passion for music. David (Guzy) and I met when we were 18, went to hip-hop festivals and played together at small parties in our old hometown.

WWD: Listening to some of our favorite outings on Radikon, whether that’d be Arude’s ‘Anagogue’ or U S H N U’s Daft-punk inspired ‘Human After All’, there always seems to be that balance between a hard, clubbier sound and these blissful enticing melodies. How’s the process between you and Guzy to choose the tracks you want to put out?

It’s mostly David who listens to new music and connects with the artists. His knowledge of music in different genres and his vinyl collection is incredible. If he likes a track we get from an artist, I’ll listen to it and we discuss it with other friends like Dahu or Yuven in the studio. Luckily many of us are based in the Funkhaus complex in Berlin, meaning that we see each other almost every weekday. Besides listening to new artist demos, we also have our main artists. Each of them gets an EP slot every year. Our yearly schedule fills up pretty quickly at the moment.

WWD: Before the pandemic, I saw you mentioned planning your first Radikon label party. Is that still in the works? What can you tell us about it? Do you guys have a clear vision or you’re more so waiting for the nightlife to resume before setting anything specific?

Well, we’d like to have some label nights and we have a concept parties, but at the moment it’s not really at top of our heads. First of all clubs have to reopen in a safe way.

WWD: Shifting things a bit to yourself artistically, you’ve often mentioned the interaction between creating tracks in the studio in order to play them live and then seeing the reactions from the crowd. What effect has a year with no gigs had on your creative process? Has it shifted the final results of your work?

Producing a track and then playing it in the club has such an emotional impact on me. Especially when I see a positive reaction. I miss that. Still, I am able to finish my songs at the moment. I think over the years you get a feel for what works in peak time moments at parties or what is more for home listening. Because of the routine, it’s hard to tell the effect of a year with no gigs or if it has any impact on my music at all.

WWD: What does your workflow look like in the studio? Is there, I don’t want to say a recipe, but a way to organize your creativity that you find works best for you? And aside from being in the studio itself, what triggers you to come up with musical ideas?

There are several ways I usually start a track. Sometimes I begin with a chord progression I write at home at the piano and then continue with it in my studio. Changing the work space triggers my creativity. Another option is to listen to music – all kinds of genres. I have a private Spotify playlist that I call ‘Inspiration’ and every song on it has a special aspect that I like. Often, it’s about small details like a vocal chop in a Hip-Hop influenced beat or delay effects in Dub Reggae. Understanding an idea of a song helps me to get new inspiration for my music. A third source for inspiration is to browse my sample library, choose a sound, and use effects or time stretching to modify it until a new sound is created. This is mostly some kind of atmosphere or pad with a certain kind of texture and color.

WWD: You’ve also had great collaborations with other artists such as BOg and Yuven to name just a few. What is it about joining efforts musically that you’re drawn to? And what are some lessons that you’ve learned from these other talented musicians?

Yes, I like to work together with others. It’s really interesting how other producers take their decisions in a production and what special tricks they have. For example, if you’re in the studio with Yubik, he’ll likely tell you to delete the off-beat HiHat you really want to use, but two hours later you find out he’s right because the groove is more interesting without it. Everyone has a different workflow and there are absolutely no limits about how to produce music. That makes it super interesting to learn from each other. What I came up with is that I prefer to sit next to each other and not send projects back and forth.

WWD: In the last years, you’ve had the opportunity to play in a number of exotic locations, from Beirut, to Dubai to Goa. How is it different to play shows in these places compared to say, a peak-time set in Berlin? How does it affect your preparation and performance?

All three places you mentioned are really nice to play shows. The music I choose isn’t that different from a set in Berlin. I’m just trying to stick to my sound, but of course there is a difference between partying during the day and the night.

WWD: It’s a pleasure to have you on board for WWD119! What can you tell us about the mix you’ve prepared for our ears?

I haven’t mixed a podcast in a while and it was really cool to dive into it again. The mix contains music with melodic and deep peaktime-ish dance floor anthems full of emotions and percussive energy. You will hear upcoming music by Mark Höffen, Hollt, Baime and Innellea as well as a new remix I did for Diamond Mouth, a Danish electronica duo. We signed their already released album ‘The Condition’ and created a remix package that will be the first vinyl release on Radikon this summer. Frankey & Sandrino, Ruede Hagelstein and Yubik also take part in this project.

WWD: Cheers Jonas! Any last words? What’s coming up for you?

As already mentioned, my focus at the moment is 100% on my album work and I have a very special remix on Lost & Found this summer, which still feels a bit unreal to me!