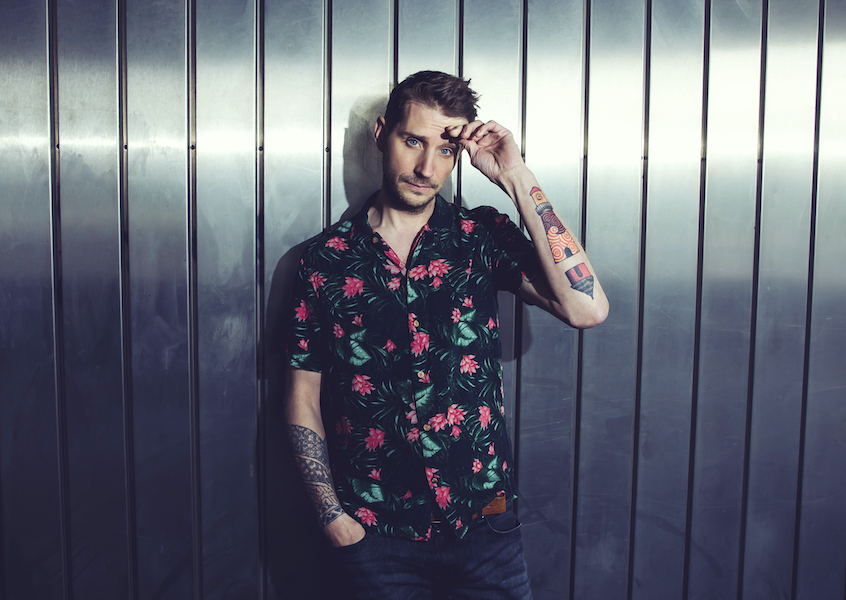 While many of us finished Netflix and got really good at making pancakes during lockdown, Joris Biesmans levelled up in the production stakes. Setting himself the challenge of completing three tracks per week for a month, he paired these compositions with archival ‘80s film and TV footage, which steamrolled into a debut album ‘Trains, Planes & Automobiles’ on Watergate Records.

We caught up with him to find out more about his early hip hop beginnings, anecdotes from his time sound engineering for Watergate and the personal takeaways he’s extracted from the last 16 months since the world has been on pause.

WWD: Hey Biesmans, welcome to When We Dip. We love the idea of soundtracking 80s films, video games and TV show as a production challenge during lockdown (and to stop yourself going bonkers). How and when did the idea first come to you?

A good year ago when we were into full lockdown, I felt like I needed to use this time in a good way. I love working under pressure so I figured I’d challenge myself and make it public (by saying it out loud it kinda becomes real, right?). At the time I was also watching quite a lot of movies and I always love to go back to the 80’s era and that’s when it hit me I guess 

WWD: We understand you have a band background from your time growing up in Belgium. Tell us about that and how that aspect incorporates into your electronic music productions?

That’s right. I was in a hip hop band (Woolly) back in 2012. Don’t be mistaken though, at the time I was already full into house & techno as my main focus but this was a side project I did with some friends from music school. It turned out to be a super fun project in which I really dived into MPC sampling. Writing music with a band is a complete different process and I’ve also learned to arrange songs in a different (more pop-like) way.

WWD: Which track (and accompanying video clip) was the most fun to make?

That’s a really hard question! For me, every song/video has its own little story and it feels like it would be unfair to pick a favourite here. But If I really have to choose, I might just go for the first one. Kicking of that one month challenge with “Another World” gave me lots of energy, it just felt great to work on something like this!

WWD: What was the biggest challenge throughout the process?

Finding the right videos! I’ve got help from a friend and we we’re searching everywhere. We started collecting content just before the challenge kicked of so I could get inspired already but keeping up the pace of 3 videos with music was much harder than I expected. Once you are into the whole thing, you don’t wanna go for an “OK” video, you just wanna go for “THE” video.

WWD: You used to work as a sound engineer for Watergate. Please share an anecdote from that time? (funny / memorable story)

I remember one night with DJ Hell and we had a technical issue with one CD player. I needed to change it but unfortunately his (only) USB stick was playing from that player. I wasn’t really sure how the emergency loop would behave but I figured I’d give it a try. With a dance floor in full action, I decided to disconnect the CD player and luckily for me the emergency loop seemed to work. I quickly changed the CDJ and Hell could mix in a new track. Nobody noticed the whole thing!

WWD: Did you have a lifestyle vice throughout the project life? (i.e chocolate every day at 4pm to give yourself a sugar hit?)

Not really to be honest. I guess it just came down to put in the work. Getting up early every day and work at least 8 hours a day for 6-7 days a week. It’s an unsexy truth I guess 😀

WWD: If we’ve been privileged and lucky enough to get through the pandemic with our health in tact, we’ve all learned something and grown a bit throughout the last 1.5 years. What’s been your biggest personal takeaway from this time?

I really started to do more sports and got into a healthier lifestyle (like so many friends!). Also in the studio I’ve learned so much! I’ve been making music for almost 25 years and yet one year of super high focus like last year gave me lots of new techniques and insights!

WWD: Give us one essential 80s movie or TV show we should drop everything and watch, pls! (And why it’s so good).

WWD: What’s coming up next for you?

Well the album is next in line of course and after that I have music coming out on TAU (the label of the Adana Twins), I also did a remix EP for Alex Medina with 3 Biesmans remixes for the new London based label “Labyrinth records”, I have a collab EP coming out with Nico Morano, which we will release on his Ontourage imprint and I’m doing an charity EP with Sinchi to support indigenous people!

Trains, Planes & Automobiles is out now on Watergate Records HERE.