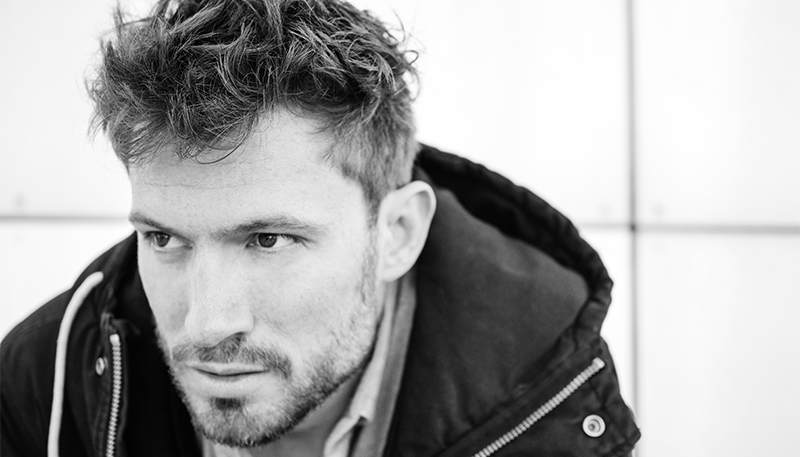 Germany’s Koelle, the classically trained musician out of Ingolstadt, has made waves in recent years, with thoroughbred projects on the likes of Anjunadeep, Lane 8’s This Never Happened, and Needwant. He’s establishing a distinct blend of timeless instrumentalism paired with soaring electronic tones, and his emotive productions leave an immediate impression.

Koelle steps up to make his XYZ debut in alluring fashion. The constant collaborator is joined by a stellar team on the Fall in Time EP, with vocalist Margret and producer Into The Ether each deeply involved throughout the release.

The A-side showcases the trio’s incredible brand of vocal melodic house, as we grow familiar with Margret’s soaring chops. Her emotive cuts balance the blissful instrumentals, as a big break offers major peak time character. Fall in Time is a tune that feels effortlessly energetic.

Taking things deeper on Time & Space, Into The Ether harnesses afro-tinged influences while Koelle’s cello joins the party with elongated melodies. A lush groove intertwines the live instrumentalism and heady sampling to offer a track fit for any dancefloor, no matter the selector.

Koelle turns the dial as he takes the reins on a solo production. A boisterous synth steals the show, as its choppy nature and understated grit leave a searing impression. Margret returns to ask the question at the center of it all – Is it Love? Indeed it is.

To close out the project, the trio reconnects in full with City Lights. Together they touch upon influences from each of the preceding tracks in an arrangement at the centerpoint of this journey through sound.

Celebrating the release of Koelle’s debut of XYZ – Fall In Time, we caught up with Chris to touch base on the eclectic project, how he’s passed the time during a year unlike any other, and what we can expect from him as the dials begin to turn again.

WWD – Chris, thanks for joining us mate! How are things in Ingolstadt these days?

Koelle – Hey, thank you so much for having me! Now, cultural life is coming back, the countless “Biergarten” are open and you can tell there is life on the streets again. It feels like life is on a comeback after a long winter sleep.

WWD – Tell us about the electronic scene in your hometown – how does it compare to the major German artistic hubs in Berlin or Munich?

Koelle – Ingolstadt is indeed a small town, but there is a microcosmos of a scene here, anyways. Everybody knows everyone, and you can meet people just by walking through downtown.

There are also a few people like my friend “Daniel Lange” and many more who moved to Berlin and came back after years, influencing the cultural scene here a lot. Some people, like my friend “Ervin Horvat” with his label Catural where I had my first release ever, still live in Berlin and build a connection to the scene. Sometimes there are djs and producers from Berlin or Munich who come to play here, also the clubs are interconnected. Anyways, I think living in Berlin or even Munich gives you much more possibilities to get into contact with other producers and chances to collaborate or remix, many of my contacts are made online. WWD – The last year has been difficult for all of us involved in the music industry, though many of us have found silver linings. What’s been a positive for you in all of this?

Koelle – I focused a lot on my self development, and I did online workshops to stay connected with the world. Somehow I liked the reduction of noize and stress, also to see a sky without airplanes was almost epic. Somehow I learned a lot about humanity and also my own reactions to mass events, upcoming anxiety, responsibility and respect for each other, but also listening to my own real needs.

WWD – You’ve certainly been productive of late! We loved your EP with our sublabel SOL – a more downtempo chill-out record. Have you always had a knack for creating more ambient-leaning soundscapes, or is this a recent endeavour?

Koelle – I did always work on ambient pieces, but never really released many of those. Somehow I like that there are no rules, the tracks don’t have to “work” on the dancefloor. So I feel like they can be like a poem, totally deep and touching. If you are open to it, they can take you to another place. They can tell stories of deeper feelings, happiness, sadness, melancholy, and a deep nostalgia are colors of them. Somehow, I could imagine producing more ambient music in the future.

WWD – Your cello is featured across many of your productions, becoming a staple of your sound. Tell us about when you first began your classic training, and how that transitioned into the electronic realm.

Koelle – I started playing at the age of 5 years, and I was totally in love with this instrument. There is still a big, framed colorful painting of mine that I created as a child before we bought my first cello. I was so excited, and you can still see it in the painting. When I first got “Magix Music Maker” in my teens, I already experimented to sample it with some first hip hop beats. It took years that I found a connection with electronic music, but a milestone was for sure the track “sutra”, a track with my former synonym “Koellectronic”. This track was somehow a forecast to the musical direction I was taking a few years later. WWD – What aspects of your early musical training do you utilize the most often in the studio these days?

Koelle –  I think the most important tool is my ears. Playing cello demands that your ears can really read the tuning of harmonies well, also I have the feeling classical themes and chord progressions influence me. It depends what I play on the cello, but after playing “Bach” on the cello, I have the feeling I produce a lot more melodramatic music in the studio. This is an endless source of inspiration and the combination of classic and electronic music/ techno works phantastic for me.

WWD – You are joined by the vocalist Margret and producer Into The Ether, both of whom you’ve collaborated with before on different projects. How did you get to know these two artists, respectively, and when did it start to form into such a tight-knit team?

Koelle – “Into the Ether” and I were introduced by Onno from Songspire. I liked his harmonies and the ideas he sent me from the first listen and I directly felt how to continue and work on it. He has a lot of talent and I think there is much to come from him. I know Margret from my friend Ben Böhmer, and we were introduced after a show from Ben at the club “Ritter Budzke” Berlin. We already worked on many productions and I really like her voice, mystical and also very characteristic.

WWD – What benefits arise from having collaborators involved on a production, rather than just going at it alone?

Koelle – The sound feeling is a bit different, with “ITE” I had the feeling the sounds carry different emotions. Also the spectrum is wider, with vocals, there is this other dimension that makes the tracks more “human”, and somehow more personal. When Margret sings, it can add a spark of magic and intimacy to the music.

WWD – With releases on institutions such as Anjunadeep and Lane 8’s label, what’s been the most important release of your career thus far?

Koelle – I think it was a Needwant release “all you got” and also one of my old tracks that I mentioned earlier called “sutra”. This one was played on radio one and I had huge feedback afterwards. Also “mountains of dewa” got the attention of the Anjunadeep AR team and I was contacted by AR Dom to send some demos. My most played track on Spotify is called “the void”, this one somehow keeps on moving and moving.

WWD – What’s a piece of your music that may have flown under the radar, that is worth your fans revisiting?

Koelle – I like the track “Sometimes I feel” a lot. It is so dramatic and raw, so I always put it in my liveset.

WWD – We hear you are finishing off a major video project, which sounds like an incredible production. Can you tease a few of the details around this?

Koelle – This is definitely something to look for, and I am so excited. We had a video turn with my liveset on a 3000 m high mountain in the Swiss alps, on a platform. I played my liveset with a huge setup, synthesizers, and my cello. It was an insane experience and the result is breathtaking… The harmony of the landscape and the music is simply unbelievable. The Vibrancy Crew did such a great job on it, and we will premiere it 22nd of June 2021…. more information will follow.

WWD – What else is on your radar for the coming months?

Koelle – I have to catch up on a few projects, there are many release options, but creating this liveset consumed so much time that I had to freeze other projects, because the time schedule was tough. Now, I have time to get back to a creative process.

WWD – Chris, thanks again for joining us, and for the amazing music! We hope to catch you very soon on the road 🙂

Koelle – It was such an honor to release this music on your label, and I am very happy about the outcome. Thank you!