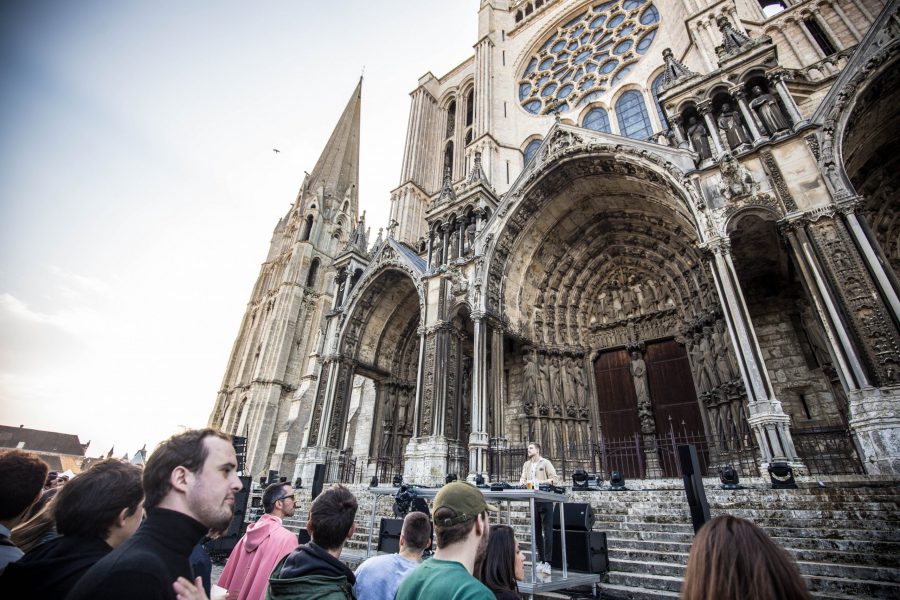 Francoys
Dip Studio Series, Interviews, Melodic House and Techno, News
5 July 2021
Frenchman Douran is our latest guest in the Dip Studio Series! Many will be familiar with his work on the likes of Allo Floride Records and Chapter 24. This week, the rising talent takes time to run us through his track ‘Midnight Breath’ and shares his thoughts in a little Q&A time. It’s all below!

WWD: Hello Douran, it’s a pleasure to have you in for episode 008 of the Dip Studio Series! Where are you right now and what have you been up to lately?

Hi and thank you for welcoming me! I’m currently in the south of France and working on some future projects. I also watch a lot of the european football cup!

In this tutorial you breakdown your track ‘Midnight Breath’, which was composed with a Shakhuhachi flute player. What was the idea behind including such an instrument in one of your records?
I’ve always loved this instrument, which I discovered thanks to film music. I really wanted to integrate it into a piece and make it the main element of an electronic piece. The idea was really to respect the sound and the style of playing of this flute but to integrate it well and make it cohabit with electronic instruments!

WWD: Upon listening to your music for the first time, I immediately felt like I was in a movie. What role or inspiration do you draw for movie scores? And do you have any tricks for producers to make their music more cinematic, epic?

It’s cool that you say that because that’s really the goal! To make electronic music that can be played on stage as well as in a film.

I draw my inspiration obviously from electronic music but also a lot from film music, because my music is very melodic and wants to be moving, and it’s mostly film music that inspires me in that respect. To have the music serve a specific emotion and to develop the song around that, that’s the idea!

WWD: You said that you actually composed ‘Avalanche’ with movies playing in the background to help you get into the narrative flow state, were there any ones in particular that sparked something for you? Or even a specific genre?

In fact when I composed this EP I watched and listened to a lot of films, and sometimes I had a film in the background as a way of setting the scene, it actually helps me to get into the mood and not drift too much. As far as movies are concerned, I don’t have a particular genre, I really focus on the music of the movie, I can even love the music of a movie that I find average. Although obviously a great film will serve the music better, and vice versa!

WWD: I’d like to dive a bit in your creative process, how do you usually go from the step of the idea to a finished track? If you were to single out one thing that’s absolutely vital to your creativity, what would it be?

I usually start by setting the mood with pads, then I look for ideas on the piano, often with a type of song already in mind. Once I have all the main ideas I think about the structure and what I want to do with the song. After that I work step by step, putting all my ideas together to make a piece. Then I let it sit for a while and come back to it a few times and when I’m satisfied I mix it!

WWD: You’ve had some pretty stellar names, like Joachim Pastor, Gui Boratto and Koelle, remix your work for your newly released album ‘Avalanche’, what was this process like? Is there one remix that you particularly enjoy above the others?

We really wanted to offer different versions of my songs and I was lucky enough to have a great team of remixers indeed! As far as the process is concerned, it’s often quite simple actually. For example Joachim Pastor, I had already played with him so I knew him a little bit, so we talked a little bit with his manager and he said yes very quickly. For Gui Boratto I didn’t know him personally at all but I’ve been a fan of his work for a very long time so I contacted him on facebook saying we never know, his manager answered me, we talked for a month with Gui and he was ready to remix Inertia 🙂

I can’t really say that’s one is my favorite because they are all in different style and I love it all!

WWD: In your album ‘Avalanche’, especially in a track such as ‘Inertia’ you seem to stand at the crossroads of classical music, with strings instruments, organic percussions, and of a darker, almost industrial sound. How do you think you’re able to achieve that balance?

Yes, that’s it! I really try to mix classical instrumentation with cinematic, electronic and sometimes even techno and industrial sounds, structures and ambiences.

I almost immediately wanted to do this mix but it took me a long time to get it right. It’s quite complex because it mixes a lot of different things and you have to find the right balance in the production and in the mixing. It’s important to listen to a lot of different music, to try things and fail a lot to get that kind of mix right I think! I hope now I’ve managed to make something convincing anyway!

WWD: Speaking of balance, how do you juggle with all the different ways of making music that you showcase in your music? From samples, to hardware and software synth, world percussion, live instrument players, there’s so much to pick from, do you have set rules with those things or do you more so let it arise naturally?

Actually I feel like it’s coming together quite naturally now. I’ve been working on this mix for a while now, so I usually know that this instrument will go with that synthesizer. And I often use the same instruments too. But yes there are a few rules and also specific places for each instrument, so I have specific rules that have naturally settled in.

WWD: If you had one tip to give to aspiring producers, what would it be?

I think that in the beginning you shouldn’t ask yourself too many questions, but just produce a lot and try a lot of different things!

WWD: Thank you for taking the time to answer our questions! Can you tell us what’s coming up for you in the coming months?

So already there is the resumption of concerts and so I have a few planned! Then I have a film music reinterpretation project that is in the finishing stages, and also a 1st EP to come out on Anjunadeep for the end of the year, and the preparation of my new live show for next year 🙂