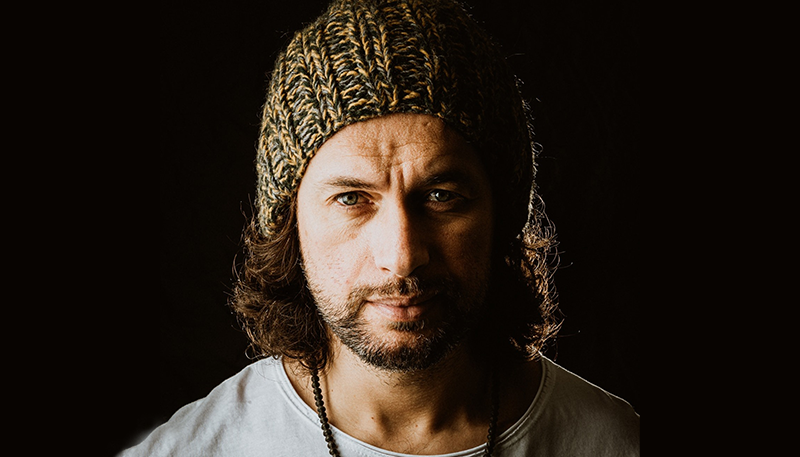 Nick Scofield is starting to craft a sound of his own. Centered around a backbone of sturdy grooves, he explores realms of melodies both retro and futuristic. With a pair of appearances on our Tales of Romance series, sandwiched between a serene single on Eleatics, Scofield has built a hearty foundation in the early stages of his journey. Signifying a major moment in his artistic endeavours, we are thrilled to host his first full EP on the imprint – Highway 1.

The title track opens with electro stabs, resting atop a fruitful blend of punchy kicks and rhythmic percussion. Oldschool guitar riffs enter the fold as we set off on an ever-evolving production. With energy reaching vivacious levels, he offers a pristine dancefloor moment, before firing us right back into the interplanetary groove.

Rebirth reins in the gusto, settling us into easy-flowing daze. Nick has a knack for the timeless, taking influence from proven soundscapes both new and old. A classic-tinged hook balances a meandering melody, as a lush vocal chop ebbs effortlessly throughout a blissed-out set closer.

Crystal Cove dives back into the deep, with an ominous bassline greeting searching synths in the early stages. House drums snap us back to attention, as bountiful piano chords steal the show.

To celebrate the release of Scofield’s Highway 1, we caught up with Nick to touch base on how it all came together.

WWD : Nick, thanks for joining us! Congratulations on the big release 🙂

Nick Scofield : Thank you guys, really much appreciated. Actually, really excited about this solo EP. That really means a lot to me!

WWD : Tell us about the inspiration behind the project – we hear that was one trip in particular that captured your imagination…

Nick Scofield : Yeah, indeed. It was something like three years ago. I was having a trip by car, running the Pacific Coast Highway (California coast), from LA to San Francisco and then San Diego.

It was to me like a path to a rebirth, to a new life, after a big change of mind.

So I decided to put on music what I’ve seen, and what that trip meant to me. The Highway, the light of the day, the sunset on Crystal Cove beach, the sunrise. Probably something that I can’t even explain in words. But definitely one of the best travels of my life.

WWD : Where have you been located over the last year, during the difficult period for everybody?

Nick Scofield : Last year I was located in Puglia, my homeland, where I was born and raised. It’s an amazing region, especially in spring and summer and if you wanna enjoy the countryside, cool beaches, or if you wanna simply enjoy some good food, relax and stuff like that. Recommended for your next vacation!

WWD : What role has Italy played in your creative journey thus far? Tell us about the strength of the Italian electronic scene.

Nick Scofield : Well, Italian scene can boast a big array of talented artists, since ever, in any genre. As with everything, the environment in which you live determines and contributes to forging your identity. I think there is a strong Italian electronic scene, and you can see it for yourself from the names at festivals, big lineups, underground parties… I mean, we’re always there. We’ve always been there. We contributed to the world of the music since years and this is undeniable.

WWD : We’ve seen first hand the range you have in the studio, from heavier techno-leaning tracks like Liver to the easy-flowing house numbers such as Rebirth. How do you stay fresh and try new things when making music?

Nick Scofield : Where to start. Well, basically we are now part of a highly globalized society and, it goes without saying, that everything we see and hear today is the result of our experiences, cultural encounters, and contamination. In my own music, one can find German, Arabic, Indian contaminations and so on. It’s all about the experiences, moods, what you’re feeling in a certain moment, what you’d like to convey to your audience, and drag them into your emotional and thought flow. It’s exactly like when you’re in the middle of a DJ set: there are times when you take people on a mystical, dark, more introspective journey and then bring them back to the light. It’s all about the story you want to tell. So, my approach to music production is exactly like that: I want music for moments of joy and for moments of introspection.

WWD : What’s been the most important or personal favorite release of yours thus far?

Nick Scofield : You already know what this EP means to me, so for sure this EP; then I’d say “Free Love”. It was a big highlight of my career receiving support on that track when it was still unreleased by HOSH in his set for Cercle. I was in Bali that day and I was having lunch, when I was shot the link of the live stream and I was speechless. Also my release on Mousikē has a special place in my heart: I’ve always been a big fan of Buddha Bar and my track “La Vida”, from the eponymous album, has been picked for this year’s compilation.

WWD : How did you handle the pandemic – did you take away any silver linings from the last year?

Nick Scofield : It’s been a period with many lows and few highs. You know, having also a daily job and running an events agency, like many others in the industry, we’ve been suffering a lot because of this pandemic.  In some ways, perhaps it was even pleasant at first: I was finally relaxing a bit and getting away from the hustle and bustle, from the routine. But the world was still going on, and we started living a new routine, every day in our homes, falling into a new routine, but one that is more deleterious than that of normal life. So I started to reinvent myself, to do some projects (some of them still in the making), to think of new business ideas, to discover new music. Let’s say that this situation brought out a desire for redemption that brought its advantages.

WWD : Which artists and labels are you listening to at the moment? Who do you have on repeat?

Nick Scofield : I’ve been really into Monolink, &ME, Rampa, Adam Port, Artbat, Lee Burridge, Oliver Koletzki and many other stuff. Some of the labels I really love are Mobilee, Keinemusik, All Day I Dream, and Stil vor Talent. I’m sure there’s something else I’m forgetting right now, but, yeah, this is some of the stuff I’ve been lately dealing with.

WWD : What plans do you have for the summer – any exciting projects in the works?

Nick Scofield : Luckily I’ll be super busy with my job, since things are returning to normal, and I’ll have some residencies in Puglia during the summer. As the summer ends, hoping all the situation will stay normal, I’ll start thinking of a new trip.

WWD : Nick, thanks so much for joining us! It’s been a pleasure.

Nick Scofield : Thank you guys, pleasure was mine!