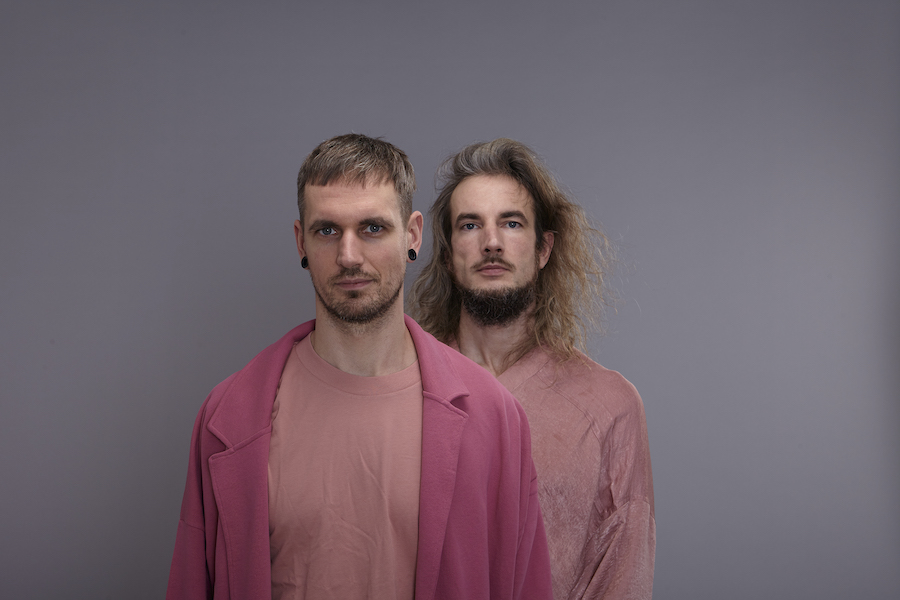 Monkey Safari proudly unveil their new album ‘Love Will Set U Free’, their fourth full-length project and their most definitive work so far, on their own label Hommage. Over the past year, the German duo has been utilizing the forced downtime to immerse themselves in making music. In such strange times, their creative process shifted, taking them down new avenues as they channeled their combined experience and broad backgrounds into the new LP. Unable to road test their music, as they normally would, Lars and Sven initially approached the album with slight worry – unable to tap into that seemingly crucial audience-to-artist feedback loop. However, in the end, it helped to liberate them resulting in a project that embodies the Monkey Safari sound in its purest form. As they say themselves:

“The album reflects our musical diversity without being too influenced by what other people expect from us.” – Monkey Safari

Across 10 tracks they explore a range of styles, while keeping true to their own distinct audio identity. There are forays into deep house and garage, the Chicago roots, breakbeat and hints of pop, too – all through the lens of the nineties era. Ultimately, this is a summer LP, the duo’s favorite month, and it represents what Monkey Safari do best; bringing positivity to everyone, whether they’re on the dance floor or chilling at home. From the very first track ‘Safe’, we’re transported to a world where the troubles of today have evaporated and been replaced with limitless joy and good vibes. The gentle rhythm and soothing atmosphere is the perfect way to get us in the mood for love. Next up is the title track and it lives up to its name with uplifting composition and emotional depth. This is one for a bright summer’s day, partying with your best friends in a field with a big soundsystem pumping out the beats. Hold tight for the glorious post-breakdown euphoria…

‘Opus’ follows on with a lowkey outlook and a tender build-up taking us into the main body of the track which is never too imposing. Considerate production means this one takes its time, with simmering emotion and a contemplative mood. On ‘Aduna’ Monkey Safari team up with Borneo, creating a soothing emotional voyage into the unknown. Softened breakbeats and a solemn atmosphere cultivate an air of nostalgia, as we reminisce about the world we left behind. Then we have ‘How Can I Let Go’ with Verboten Berlin, a heartrending vocal composition with unforgettable lyrics and a spellbinding breakdown. Together the two electronic music duos deliver an anthem with dance floor dexterity and pop sensibilities.

‘Temple’ is next and it’s a sumptuous cut with exquisite drum programming and soothing soulful vocals that massage the eardrums. This is a slow-moving track that penetrates deep into your emotional center. On ‘Sometimes’ the guys team up with DJ Island for a smooth, disco-infused groove into the warmth of a midsummer daytime soiree. Delightful vocals drift over the languid low end, offering an antidote to the troubled world outside our windows. ‘Sunset’ epitomises that time of day when day turns to night, dusk approaches and the sun slowly dips behind the horizon. There’s an air of melancholy as afro-infused vocals dance over the sombre instrumental, gradually taking us into a breakdown, after which a far brighter mood takes over. This is followed by another collab, this time with Dehlia de France. The German singer adds a unique touch to the track, which channels nineties break-driven pop to create a sentimental atmosphere that harks back to better times. Her delicate vocals act like a point blank message of love to the hearts of anyone who is listening. Finally, ‘Goodbye’ closes out the LP in an emotionally charged manner. Another breakbeat-influenced cut which combines melancholy keys, strings and bass with cosmic bleeps and heartfelt vocals.

As the album comes to its logical conclusion we’re left with an offering to ‘hold my hand, don’t look up… Goodbye’. At the core of ‘Love Will Set U Free’ is a simple, but powerful, message; in a time when conflict is rife on our planet, love can unite us and rejuvenate our divided world. Music has the power to create positive change, on an individual and societal level, we just have to harness that power, be ready to embrace the love within, and let it set us free.

You can now listen to the full premiere ‘Opus’ exclusively on When We Dip. Enjoy!