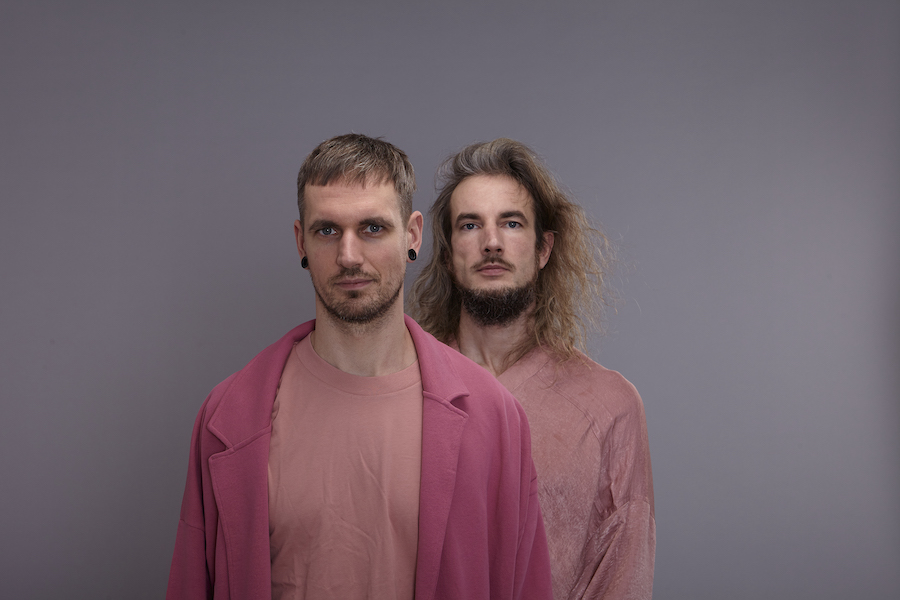 When We Dip 124 mixed by Monkey Safari: ‘This album is a step back to the roots’

In charge of delivering episode 124 of the When We Dip Mix Series is veteran duo Monkey Safari! Hailing from Halle, Sven Fröhlich & Lars Rühlemann have been instrumental in establishing the German melodic techno sound in the past decade. In this hour set, they present tracks from their new album ‘Love Will Set U Free’ dropping this Friday August 6th on their very own label ‘Hommage’ as well as tunes from Tale of Us, Fritz Kalkbrenner and Super Flu, to name a few. They also answered our questions regarding what we can expect from their new project, the perks of managing your own imprint and the challenges of running a club. Enjoy! You can also pre-save the album here!

WWD: Hi guys! How’s it going? We’re glad to have you with us to answer our questions. Where are you right now and what’s been on your mind lately?

Yes thanks to you guys for the invitation. We are currently at home in the studio and office working on the upcoming release of the album. There are quite a few tasks coming up, especially since we are doing a lot ourselves.

WWD: ‘Love Will Set U Free’ is your fourth album. From the get-go, what were you trying to achieve with this album? Did you have a set plan on how it would sound or did it come together this way as you were writing it?

We like the album format very much. It gives us the opportunity to try things out apart from single releases. We always see an album as a mix where the overall composition and arrangement of the tracks is usually more important than the individual songs. The idea to make a new album came about by chance when we moved our studio last year. A hard drive with old sketches and project files from our early days came up. Many of the pieces inspired us so much that we said, let’s put it in a new guise and combine it with our current style.

WWD: Listening to the singles leading up to the album, what instantly jumps to the ear is the prevalent use of breakbeats. What led you to write songs in that fashion? Any particular influences or inspiration in that regard?

The idea lies a lot in our musical roots in the hip hop and big beat sound of the 90s. Lars has also founded a new artist project with Borneo which is mainly in the Breakbeat and Drum N Bass area. But this is more a step back to the roots than a new development. Apart from that, it’s a lot of fun for us to let new influences flow into our music.

WWD: Aside from that, there’s also the frequent use of vocals in the album, whether they be full on collaborations with artists such as Delhia De France or some emotional vocal chops and textures. What has been drawing you to include them more and more in your productions?

We have always worked a lot with vocals in the past. However, especially with an album format that is much more in the listening area than in the club, vocals and features naturally give you the opportunity to make the whole listening experience more interesting. We always try to convey different emotions in our productions and we think that works best with a voice. It’s like an extra layer that you can bring into a track once again.

WWD: The album is coming out on your own label, ‘Hommage’, which has been running since 2013. What additional freedom does it give you to be the ones that make the final decisions as opposed to working in collaboration with another label? It seems like you really embraced that philosophy, even with your own ‘What!What! Records’ and ‘Mambo’ before that era.

On one hand it is exactly the freedom to make your own decisions, on the other hand we have of course a completely different interest to invest in our own production. Such an album production’s costs quite a bit of money, regardless of the time, which in today’s world is of course not always recouped. So it is understandable that an external label could never invest as much money and time as we do, because we profit on both sides of a success. It’s a win-win situation, at least for us.

WWD: Speaking of building this whole ecosystem around your music, you also have been running the ‘Charles Bronson’ club in your hometown Halle, which has become quite an institution, for over a decade. In your opinion, what can explain the success of the club? With the pandemic situation hopefully being resolved sooner than later, what is the plan for the future of the place?

Of course, it has to be said that club culture in Germany, even before Covid, was already developing in a difficult direction from the organizer’s point of view. The operating costs, both in terms of personnel and fees, were getting higher and higher, and at the same time, especially in a small town like Halle, people are not always willing to bear that. So you have to be very creative in booking and rely on good contacts and artist friends. On one hand, Covid has made this situation worse, but on the other hand, it has also drawn attention to the situation of many clubs, promoters and festivals. I think that there is now a different awareness of what is done every weekend to let a party take place. 1.5 years of party standstill in Germany has shown people that every party could be the last. We have noticed at the parties we have now played again how hungry the people are and that there is a whole new energy. We hope that it will be the same at the Charles Bronson.

WWD: Thank you again for answering our questions! We’re glad to have you on board for episode 124 of our Mix Series! What can you guys tell us about the mix you’ve prepared for us?