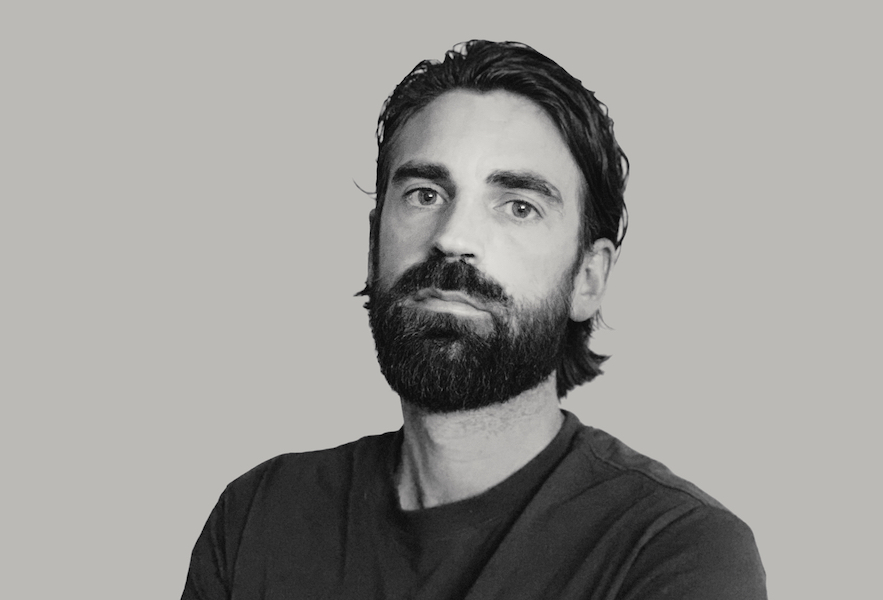 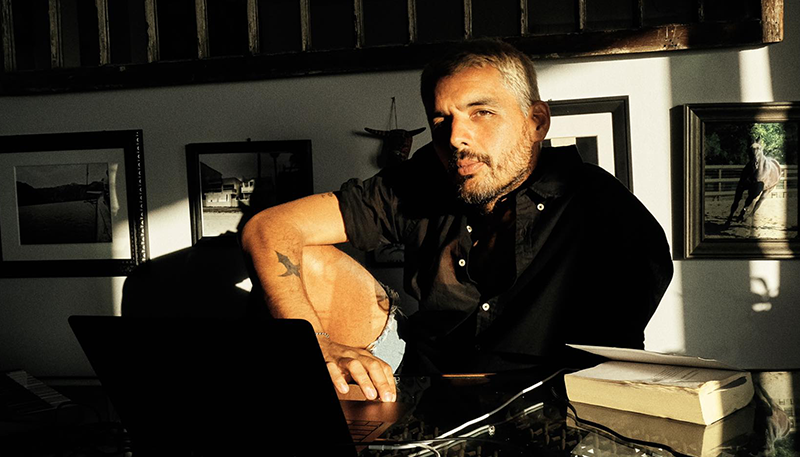 Label boss David Lindmer returns to Running Clouds for a very special release. A very personal piece written during the lockdown, Omen is a collaboration with Berlin based vocalist Johanson and lands alongside a stunning music video created by director DRUST.

David Lindmer is a UK born artist based out of New York. It was in 2018 David really found his signature sound characterized by driving, powerful techno that is rich in melody and cinematic drama. Having worked within the VFX industry for many years, David’s passion for sound design and cinematic scores also led him to explore the relationship between audio and the visual arts.

David is also the co-owner of Melodic Techno label Running Clouds founded in 2018 and the Chromia Sound collective. With recent high profile support from the likes of Tale of Us, Mind Against, and many more, David continues to develop as an artist and push the boundaries of immersive audio.

With Omen, David delivers his signature driving melodic techno, rich with emotion and charged with a melancholic atmosphere while maintaining enough low-end punch to absolutely work on the dancefloor. Luscious pads grace the breakdown and create a comforting blanket, wrapping around Johanson’s evocative vocals before resolving into a highly distinctive, synth-heavy, 80’s influenced finale.

Omen is accompanied by a stunning music video created by DRUST, a director raised between Paris & London with a European sensibility to filmmaking. The starting point for the Omen video was to explore the theme of doomed relationships and witness the nuanced moments where things take a wrong turn.

“Bringing emotion to the forefront of the viewers’ experience was key to the storytelling. David was a fantastic artist to engage with because of his openness to the collaborative effort of the whole piece. Early on we decided that the images shouldn’t feel like they’d just been tacked onto the track, but that pictures enhance the music and vice versa. This feeling of both being fully bedded together was of primary importance to us.” – DRUST

WWD: Hey David – we’ve been a fan of yours and Running Clouds for a while now, but for those who don’t know you – how would you introduce yourself?

Hi Guys, thank you! Well, first of all I am a really big lover of music, I’m actually always scouring When We Dip for new things so thanks for having me!

So about me: I am a Melodic Techno artist originally from London, but now living in New York. As you say I am also a part-owner in the label ‘Running Clouds’, I do mastering and artwork for them as well as help scout for talent. It’s a great team, and the label is something that I am very proud of, if we are able to help up and coming producers break through then that always makes us happy.

WWD: We read that you wrote Omen back at the start of the pandemic – does that mean it probably wouldn’t have existed if it weren’t for covid?

Yeah, that is true I don’t think it would exist to be honest. Only because, it’s not exactly the sort of track I would usually write. My mindset was totally different, I mean facing the prospect of a world with no gigs, no clubs, it was strange one. I wanted to experiment, try and write something a bit shorter and for listening to at home rather than in the club. I’m so happy with how it came out, it feels very personal and to have my friend ‘Drust’ direct the music video in London too, it was like everything came together perfectly. When I finally saw the video cut to the music I was just like, “wow he really nailed it!”

WWD: How much do you find your mindset affects the music you create?

Yeah massively, I mean each track is an expression of me and how I am feeling at that time, I always try to get those emotions across and tell a story with each track. For me creativity is a state of mind, once I am in the “zone” there really isn’t much stopping me. How I get myself into that zone I don’t always know, but when it all clicks it’s a great feeling.

Some days I will find just nothing works, so I never try to force it, it’s important to take breaks, take the dog for a walk, have a cup of tea. Never be afraid to just delete everything and start again. Just so long as you are enjoying the process of making music that’s the important thing.

WWD: In your role at Running Clouds… do you find it easy to find music you connect with and want to release? Do you spend a lot of time searching for producers, or is it more a case of working with a pool of talent that’s already associated with the label?

It’s a great question, and to be honest it’s a mix of both. Having done this for 3 years now we have built up a lot of really good connections with producers that we trust to send us amazing work. We get 100s of demos a month and I can tell you that the level of production in the last few years has just got better and better. This makes it incredibly difficult to choose things, and we have to turn down a lot of fantastic work as we only have so much room on the schedule. What I look for personally is a track that when I first hear it gives me goosebumps, possibly because it’s something different that I haven’t really heard before. Something timeless you know, where you can tell an artist has really pushed the boundaries and done something unique with their sound design or arrangements.

WWD: You work in a creative industry in visual effects.. how much crossover is there between what you do there and what you do in the studio making records?

Day to day, nothing really. I’ve done some sound design for some VR experiences and commercials we worked on which was great experience, but I generally keep work and music separate. I make music in my own time and it’s very much my creative outlet. Having said that one of my colleagues recently introduced me to Touch Designer. The visuals are generative and they can react to music or midi input, which makes the possibilities for live performance really exciting. It is something I am exploring with my friends Massano and Un:said as part of the Chromia Sounds collective. Watch this space.. but the plan is that next year we start doing our own fully immersive shows.

WWD: Can you see a time that music will become your full time career? Is that the goal?

Yeah one day I would like to do music full time (hope my boss isn’t reading this!) but at the same time New York is an expensive city and I have to pay the bills,. A lot of people I know who work in music are working multiple jobs, it’s just the reality of how it is, you have to grind in your spare time to achieve your dreams. As long as you are having fun and keeping a good work-life balance I think it’s ok.

WWD; Do you think the way the industry is currently arranged makes it harder or easier than it used to be for artists to break through?

I think it’s very difficult. In fact I know it’s difficult cos I’m still here grinding! But I think it’s definitely possible if you are prepared to put the work in. You need to be tough first of all and get used to rejection, learn to deal with your own emotions and just be patient. Someone once told me you need to put in 10,000 hours work to become an expert in your field, and I think that is about right to be honest, definitely so with music production.

I also think it’s important to get out to shows and clubs as much as you can. Go and meet the guys who are playing, make those connections. The top DJ’s inboxes are filled with people trying to break through in music, so I think putting a face to a name is really important. Be polite in your emails and how you talk with people and yeah just be yourself.

WWD: What have you got planned for the rest of the year?

I have a remix coming out next month on Iconyc. It’s a great one, so I am excited about that. Then of course I am just finishing a new EP which I plan on unleashing later in the year as well as some pretty nice collabs. I am also working on the interactive live shows for Chromia, so lots of exciting things to come!