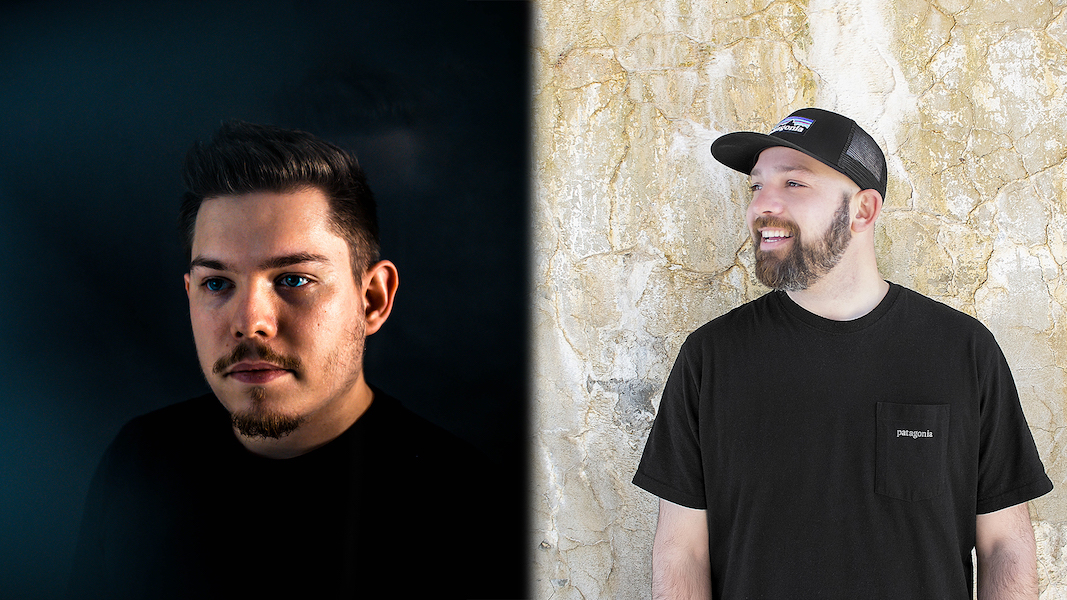 Colorize’s renowned compilation series Colorscapes returns for its third volume on September 24th, once again featuring three stellar DJ mixes from Matt Fax, Dezza, and PRAANA. The trio put a spotlight on the most exciting acts coming out in the worlds of progressive and melodic dance music, with 29 of the 41 tracks unreleased.

Colorscapes launched in 2019 with mixes from Dezza and Matt Fax who played a series of shows in London and Amsterdam in support. It returned for an exquisite second volume in October 2020 with the addition of elusive duo PRAANA to the lineup, and while the Covid-19 pandemic put live events on hold that year, the Colorscapes Tour made its first visit to North America this Fall. Dezza and Matt Fax are marauding across the U.S.A. and Canada playing some of the finest underground venues across the two nations to celebrate the release of Volume Three. Starting on September 10th at the Treehouse in Miami, they were joined by fellow Colorize acts Estiva and Bandēs for select dates that saw see them stop in New York City, Houston, Seattle, Calgary, Edmonton, Phoenix, San Francisco, Los Angeles, Denver, and more.

Colorscapes Volume Three features contributions from a host of household and upcoming names in the progressive music world. In addition to exclusive originals from Matt Fax, Dezza and PRAANA themselves, label regulars like Estiva, Sound Quelle, Boxer, Tommy Baynen, Deeparture, Braxton, Jackarta, Heard Right and more grace the album with exciting new productions, while we see acts like Westseven, Shahin Shantiaei, Damate, Kozua and LAR make their bow on the label as well. The three mixes each feature the unique flavour of the act behind the decks; Dezza and Matt Fax each champion their unique brands of progressive house across their unmissable mixes, and PRAANA’s breaks-influenced sound shines across their mix along with the addition of spoken word from renowned British philosopher, writer and speaker Alan Watts, who was responsible for popularising Buddhism, Taoism and Hiduism for a Western audience.

WWD: Hello! We see that you are currently on tour in North America, for the first Colorize North American Tour. How have the gigs been going?

Matt Fax: They have been great so far. It’s amazing to be back on the road, traveling and meeting people that love your music and the label you are part of. I also love to do it with Dezza, Estiva, and Bandes. They are all super great guys, and we joke around a lot, it’s such a great mood.

Dezza: They have been amazing!  In fact, at one show, I had so much fun that I missed my flight home the next day! Touring with my friends Matt Fax and Estiva has been a blast, we all get along great, and I love watching and dancing to their sets as well!

WWD: How has it felt for you to be touring internationally again after such a lengthy break?

Dezza: After almost two years of not being able to tour, the feeling has been surreal. It has been amazing so far to see so many familiar faces in the crowd, picking things up where we left them.

Matt Fax: It felt weird, like I personally didn’t know how to travel again. But after the first flight, I got my feet back and it just felt so great. It’s so good to be playing in front of real people, interact with them, put a face on a Twitch username that have been watching your streams during the pandemic.

WWD: Since playing to crowds again after lockdown, have you found people’s reactions to be different to before?

Matt Fax: I feel like people are definitely more thankful for us to come and “risk our life” to play music. They have been so lovely and kind towards us, and they seem to really enjoy to dance again in a real club instead of their living room. I feel the pandemic made all of us different in fact.

Dezza: I have found that the crowds are excited to be able to dance again. Also, in every city, people have been very welcoming and accommodating outside of the shows. Some friends in New York were very generous and took me out on a boat around the New York Harbour the day after our show there! Things like that really make touring special.

WWD: Let’s discuss your new Colorscapes Vol.3 compilation on Colorize with PRANNA. What are your highlights on the compilation?

Matt Fax: I love every track on the compilation, but if I had to choose one from my mix, I’d say Estiva ‘Tempus Delirium’ is one of the tracks I was super excited to have in my mix.

Dezza: All of the music on the compilation is fantastic.

WWD: Which tracks have been getting the best reactions when you have played them in your sets?

Dezza: One compilation track that has been getting a great response on the road has been Djimbo & Lumynsynth ‘Up Here’.

Matt Fax: I love to play my collar with Boxer ‘Higher’, and people seem to really enjoy that one. It also translates so well on a big sound system.

WWD: How did you decide who chooses which tracks and to prevent duplications? Were there any arguments between you all?!

Matt Fax: Colorize has been doing all the selection stuff and then dispatch the tracks equally. They did a damn great job on this, as every track proposed was fitting our style. It was not a big pack of music and “take whatever you want and let us fight for tracks, everything has been chosen and sent to the right people. PRAANA got the more dreamy/chill stuff, Dezza got the house-y stuff and I had the more Progressive/Techno-ish stuff. Perfectly balanced.

Dezza: The A&R team behind the scenes at Colorize did a fantastic job of helping us with the music selection. Miraculously, there were no conflicts this time around haha.

WWD: Which other releases do you have coming up over the next few months?
Dezza: There are two collab tracks in my Colorscapes Volume Three mix that will be released in full in the next couple months.

Matt Fax: I do have a couple of singles to be released in the next few months on Colorize, as well as an EP on Anjunabeats. I’m currently road-testing some new stuff to see what’s worthy of being released or not.

WWD: When you are not in the studio or on tour, how do you like to relax?

Matt Fax: I like to watch random videos on youtube or some Netflix things like anime and such. But 90% of the time, I just work in the studio from 8am to 5pm, Monday to Friday. Even if tired, sick and jet-lagged.

Dezza: I enjoy sailing with friends and spending time with my dog Koko who is a Black Labrador retriever.