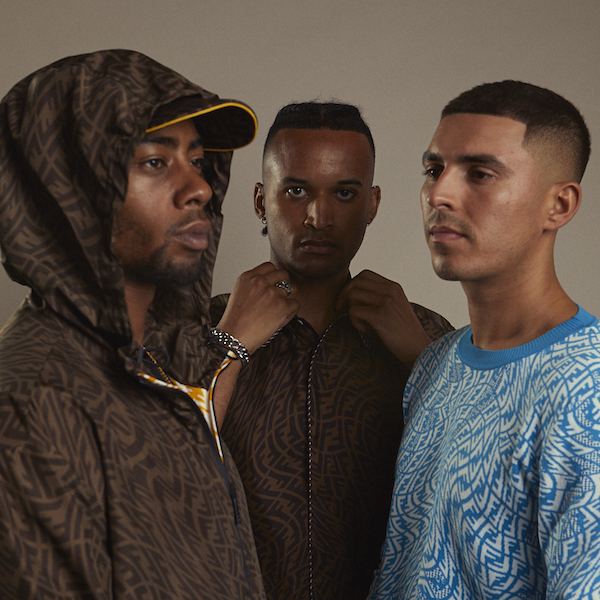 Premiere: Kamilo Sanclemente presents ‘Beyond The Future Vol.3’ on Proton

An artist at the bleeding edge of the Progressive House scene for over a decade, Matter’s production credentials has seen his stock rise consistently on a steep upwards trajectory. After 24-carat releases on the likes of Balance Music, Anjunadeep, Replug, Proton Music and his own Meanwhile Recordings, the Melbourne based artist now hits another notable career highlight with his debut full-length album, “Starchild”. Almost 3 years in the making and including an array of progressive and electronica gems, Matter now talks to WWD about the album’s development, his partnership with fellow Australian, GMJ, label ownership, releasing the album on the pairs Meanwhile Horizons, and his continued status as one of the brightest stars in the underground dance firmament.

WWD: Thanks for joining us Matty! Big congratulations on the impending release of your first album ‘Starchild’! Can you tell us about the concept of the album, the naming and the journey to get to this point?

It’s a pleasure to be here with you guys on the very day everything is finalised and shipped off for the album! The masters, the artwork, the liner notes, all of it!… I’m quite emotional, so it’s really the perfect time to chat about it!

The album ‘Starchild’ is a conceptual self-portrait. It’s something of a retrospective that looks back at my life, where it began and the various inspirations I have found along the way. The name came to me a few years ago while I was working on the title track for the album and musing about my childhood. In particular, how blessed I was to grow up in a warm and loving family in a time when there were almost no cares in the world. I’ve always been able to escape this world, inside my mind and take off to other planets. In a sense this album is paying respects to that dreamer aspect of me.

WWD: With your fellow Melburnian GMJ, we have seen quite the rise of your Meanwhile imprints. With Meanwhile Horizons recently joining the stable, talk us through the vision there, and the feelings around releasing ‘Starchild’ on your own label.

It’s been an amazing ride at Meanwhile HQ since early 2020! We are forever grateful to Jason from Proton who really helped us with the vision & framework to launch Meanwhile Recordings for our music and the music of other artists we love, primarily with a focus on the heaving dancefloors around the world. The story about how Meanwhile Horizons came into being is an interesting one! I recall I was about 70% of the way through my album and was pondering where I would like to release it. Of course, releasing my debut album on a label I co-own with my partner in crime, GMJ, made the most sense. However, the overall vibe and feel of the album didn’t quite match the music we were releasing on the Meanwhile flagship, so we started a conversation about having a second platform for this kind of thing. That is, the more musical, downtempo, experimental and lush / deep side of our lives! A few months later, and here we are releasing my debut album as the third release. What a trip!

WWD: Writing and releasing an album is a huge achievement in the busy age we live in. What advice would you give to other artists out there that are embarking on or already have begun a similar path?

I must say it really has been a lovely organic evolving process! Usually, when I’m sitting down for a creative session in the studio, anything can happen. Sometimes I set out to write a big track and I end up with an ambient one. Other times, I set out to write a chill tune and end up with a banger! I usually let the creative flow go wherever it wants to, and when I end up with something that I really connect with but that wouldn’t really suit a dancefloor, I’d export an mp3 of it and add it to a folder full of potential album tracks. Following this process, I produced almost 20 tracks over three years. The last 3-4 months was spent choosing which ones to keep and which ones to leave, and mixing them all to the high standards I expect from myself. Three years is a long time after all, and the music I wrote back at the start felt different and had different approaches to the ones I created towards the end. I tried to accept that as another aspect of the self-portrait though, and kept a lot of the older sounds in there!

Interestingly, there were many moments where I thought I would never release this music. I always had the idea of an album in the back of my mind, but after a long time, you start to second guess things and doubt that they will ever see the light of day. I’m so glad we made it here!

WWD: How do you feel ‘Starchild’ reflects your journey as both an artist and a person in its creative process?

Each tune on the album is a reflection of me in a different way and I’d love to explore that a little deeper with you all if you’ll indulge me… The title track “Starchild” starts off as a deep cosmic yearning. The strings and bass still bring up a lot of emotions for me, even after hearing it many many times, and the strong melancholy but uplifting vibe throughout the tune sets the stage for what’s to come. The second track “Chemical Therapy” is dedicated to a life working harmoniously with plant medicines & teachers and the lifelong insights you can gain from these experiences. Next up is “Air Sand”. Our good friend Maddy Hughes aka Funkform summed this one up nicely saying that it made him feel like dancing in the sunshine with all his friends at a festival, hugging them all and feeling as though all is well in the world. “So It Goes” is a more recent track for me and one I really enjoyed writing. It is influenced strongly by some older house / warehouse type sounds and is the deep and dirty dancefloor feel I wanted at this point in the album.

“We Will Fade” returns to the cosmic yearn and kicks off a slightly darker part of the album. We will all fade away eventually, and that’s OK because we came to be a part of it. “Lost in Seasons” continues with the darker vibes but offers some respite in the breakdown with a sense of hope that there is more to all of this. Next up is “The Search”. This is not only my most recent track on the album, I think it might just be my favourite! The lengthy breakdown in it is so emotionally charged and focuses on that beautiful soul searching moment when the darkness subsides and the light returns. “Sundial” is a piece of music that I remember writing on the same day that my youngest son learned to ride his pushbike without training wheels. It’s a snapshot of that moment of riding free and feeling like you have the power of the world in your hands. “Lucid Academy” arrives as we near the end of the album, and is dedicated to the dreamer in you and me. The lush vibes and airy soundscapes are a place where you can step into that lucid state for a while and just fly! Finally, “Pacha Mama” is the summation of it all. It means literally, Mother Earth, and is a term that really stuck with me after travelling through South America and meeting many healers & teachers along the way. It is the story of our planet, seen as a loving, living, breathing entity that provides a home for us all amongst the stars that we must take care of. I couldn’t think of a better track to wrap up the journey that is “Starchild”.

WWD: We noticed you created the artwork for this album yourself! What was the inspiration for it and tell us about the process and expression involved there.

In my other life, I’m a software engineer who works on the web. A lot of that is visual and I’ve worked with some brilliant designers over the years. I decided a few years back that I would like to feel more confident in the design space and that i’d like to take the creative lead with my own covers & videos for music releases. It’s a steep learning curve, but one I have really enjoyed!

The artwork for the Starchild album was something that I wasn’t sure I’d be able to do at first. It’s one thing creating artwork for others, but when it’s for your own release you can get a little misled by your emotions. As with music production, it’s super important to get others to sense check and review your work as you go. My soundboard here is my wife Bec and my label partner Gavin, both of whom I feel comfortable will tell me when I’m not quite there.

In the end, I’m really happy with where it has landed. When I look at the cover, I see a planet, not necessarily our planet, with a lot of water, a horizon, and a pyramid very far in the distance that reflects on the water. It also pays respects to the 80s with its neon pinks, purples and orange colour scheme. Something about this collection of symbols felt powerful enough to be the visual presentation of Starchild.

WWD: With your album now completed and Australia gradually opening up again, what is on the horizon (pun intended) both release & gig wise for the rest of the year & into 2022?

Indeed, everything here in Australia is opening up again! There is this energy and vibe building after what was a very challenging and trying year, and we have many exciting things on the horizon! For gigs and festivals, we are looking forward to performing at The Enchanted Garden Party as support acts for Guy J, the Morning After Boat Party, Elements festival, Return to Rio festival, a very special NYE in NZ for the Electric Shakedown party on Waiheke Island and the Interstellar Groove Festival among others!

For productions and releases I am excited to announce that I’ll be releasing a brand new Meanwhile EP in the new year, remixes for Flow Music, collabs with some of our favourite artists, and some all new originals from GMJ & Matter.

Thanks to everyone for the love and support over the years, and I truly hope you enjoy kicking back to the sounds of my debut album, Starchild.

Matter – Starchild will be out on Meanwhile Horizons on November 5th 2021. Available to stream on Spotify and purchase on Beatport, among other retailers.

Premiere: Kamilo Sanclemente presents ‘Beyond The Future Vol.3’ on Proton