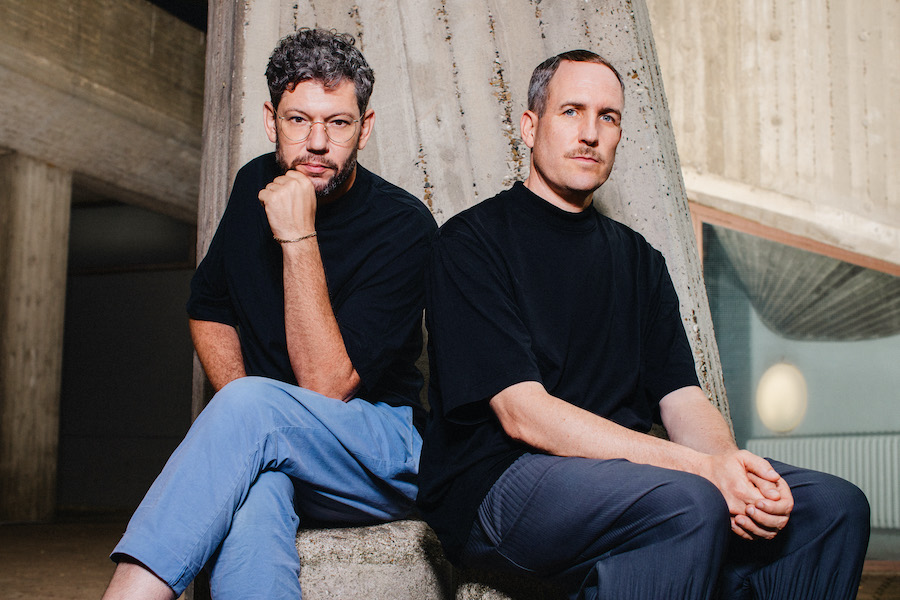 Electronic icons from across the ages come together to contribute to a stunning new package that features Grammy winner Midge Ure and cult house artists Âme on a record inspired by legendary Kraftwerk drummer Wolfgang Flür.

This project came about when Midge Ure was performing with his group Band Electronica in Dusseldorf in 2020. Wolfgang Flur was in the audience and later asked Ure to join a new project he was working on. A few days later, with thoughts of Wolfgang’s pioneering electronic drumming, the role Dusseldorf has played in the scene, and the beat which makes the world move, Midge Ure wrote ‘Das Beat’. Whilst Wolfgang went on to record his own version of the song for his LP, Ure laid down ‘Das Beat’ with Band Electronica in its original form.

Ultravox and Visage legend Midge Ure played a pivotal role in the world of electronic music and here gives credit to those that inspired him, Wolfgang Flür among them. Says Midge of the new record, “‘Das Beat’ is a nod of thanks to the people who created the inspirational sounds and music I heard in the clubs in the late seventies and early eighties.”

‘Das Beat’ is an archetypal piece of European electronic music. This superb single nods to the heritage of the genre through the proudly stark synth sounds of the 80s, right through electro-pop and modern techno. The clean, crisp vocals nod to Midge’s knack for pop songwriting as they muse on the enduring appeal of electronic beats. Finishing it in style are the sleek Kraftwerk-esque melodies that are filled with a subtle sense of hope.

Remixing the record is German duo Âme. Kristian Beyer and Frank Wiedemann have fomented their own deeply emotive house sound over the last 15 years. They run the influential Innervisions label and constantly drive the scene forward with their widely-influenced sounds, whilst bringing DJ and Live sets to the world’s best events. Their excellent remix fills out the sound for the club, with chunky broken drums bouncing beneath visceral acid, big hits locking you into the groove and a vocal that brings a standout retro-future flourish. The remix also comes with an alternative ‘Dub version’.

‘Das Beat’ is a historic coming together of three vital pioneers of electronic music. The single ‘Das Beat’ drops on 8th October, with the remix available from 29th October.

When We Dip is honored to premiere in exclusivity the Âme remix and for the occasion, we sat down with Kristian from Âme to speak about the release, about the post-pandemic situation, and more. Enjoy!

WWD: Hello Kristian! It’s a pleasure to have you for this Zoom interview. What have you two been up to lately?

Like everyone, we all came out of coronavirus time just recently so we had plenty of time to work together. We spent a lot of time in the studio. We have done a lot of remixes which is something that we haven’t done in a long time and we worked on new material. A couple of weeks ago, we released our new EP ‘The Witness’. It was the 100th release of our label Innervisions, so quite a milestone for us. And now that the traveling is starting again, we have less time in the studio. We enjoyed the pause.

WWD: Let’s start with the remix of Band Electronica (Midge Ure’s group) you just did that is premiering today on When We Dip. How was it remixing a track that has a very late 70s – early 80s synth-pop sound? Where did you find the balance between your own inspiration and what the track was already offering?

Midge Ure is a big figure in the electronic music scene and particularly with his band Ultravox. Ultravox was a big influence for all of us back in the day and when the request came to remix a track from Midge Ure, we said yes. We actually didn’t really listen to the track before accepting. We just knew that if it’s coming from the legendary Midge, it’s a project that we wanted to be part of. So we said, let’s try it!

In the studio, the process of creation was actually really really fast. I don’t know why. Sometimes it takes many days to find a solution and idea but with this remix, it really went fast. We didn’t use many parts of the original track but we tried to keep this 80’s touch in mind.

WWD: My next question was about your reaction when you heard the original song for the first time, but you actually already answered that in my previous question. So instead, what was the process of creation?

So yes, as I said, we weren’t really listening to the whole track but more some parts of the track that can be used for our remix. We were more choosing if yes or no we would use some parts of the track. The process really went in a natural way. After 2-3 days in the studio, the remix was done and we are super happy with the result.

WWD: It’s also interesting to me to have a ‘Dub Mix’ featured in the remix pack. It feels like that’s something we’ve seen less and less of in the past years, especially compared to the early days of house and techno where it was very much the lie of the land. Did you guys know from the get-go you were going to do two remixes of the track?

It wasn’t from the beginning that we knew we would have two versions. It’s only when we finish the remix that the first thing in our mind was ‘’we need a Dub version’’. Because we have a lot of good DJ friends and they will only play it if there’s a longer version with fewer vocals. So yes, we decided to sit down again and prepare this dub version.

And yes we are old-school guys, we grew up in the same period of time when Ultravox was having success. And most of the releases back in the days were having a dub or instrumental version on the vinyl.

WWD: You guys have been very vocal in the past about the way you share the multiple tasks asked by electronic artists of your caliber, with Kristian taking care of the DJ gigs and Frank being the one in control when you two are in the studio as well as leading the live sets. Has that process evolved a bit during the pandemic with gigs out of the window?

The process didn’t really change. Obviously, they were absolutely no live show for a long period of time. But in more recent times, I played maybe 1 or 2 DJ shows per month where the regulation and laws allowed it. The travel for me as a DJ was a bit easier because I can only carry my USB stick and headphones. But for the live show with Frank, it’s a bit harder. People are expecting bigger production, bigger stage, bigger crowd. So Frank stayed a bit more home than me recently.

Now that the epidemiological situation is improving, we are pretty much back to the normal situation we were in before Covid.

WWD: Sunday, October 16th marked your return to Berghain’s Panorama Bar. How was it to be back after such a long time?

It was awesome! Lots of friends were there and we had a lot of fun. Already, we are seeing bigger and bigger shows coming back and it’s a little strange at the beginning but after just a few minutes, the feeling is already like it used to be before the pandemic.

Also, people are getting used to the virus now. We will not get rid of it for a long time, so we better adjust and adapt. In Berghain it’s interesting, they have an application for your phone that can track you and tell you if had been in contact with a person with covid. A got an email a few days after the gig asking me to get tested because I might be in contact with someone who had it.

WWD: if there are any changes they hope to see in the post-pandemic music industry?

Definitely, there are a few things I would like to see changes. Of course, there’s the DJ traveling effect on the environment. Before it was normal to play in Dubai and the day after in the US and then back to Europe. Today, we are paying a lot more attention to the route we take in our tour and we try to be more efficient. We also decided to pay carbon taxes to compensate for the many flights we take every year.

Also, I would love to see a slower pace in everything we do as a human society. We are constantly bombarded with new information, news, new music, new movies, etc. because of social media and everything around it. The covid situation helped us to sit down a bit and enjoy the slower pace. It is something positive that came out of the covid situation. We should take good note of that.

WWD: Thank you Kristian for your time with When We Dip! To close the interview, do you have anything to say or something exciting coming up?

Like I said, we have new music and remixes ready so stay tuned. And if you haven’t already, go check out our last EP ‘The Witness’. It was the 100th release of our label Innervisions and a big milestone for us. And thanks a lot for the invitation.

You can listen to Âme’s EP ‘The Witness’ HERE.